You can use transform tools like object: G, R, S

You can also use E (Extrude) to add more bone 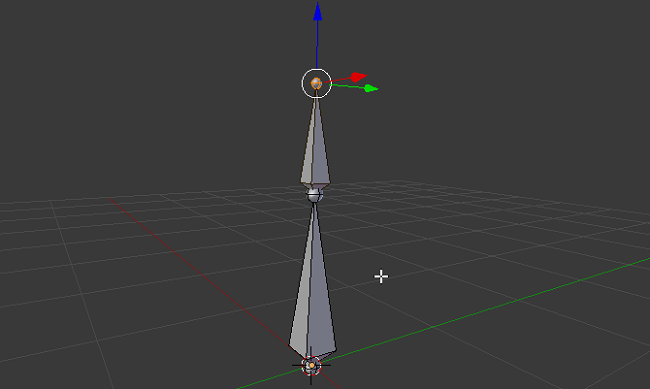 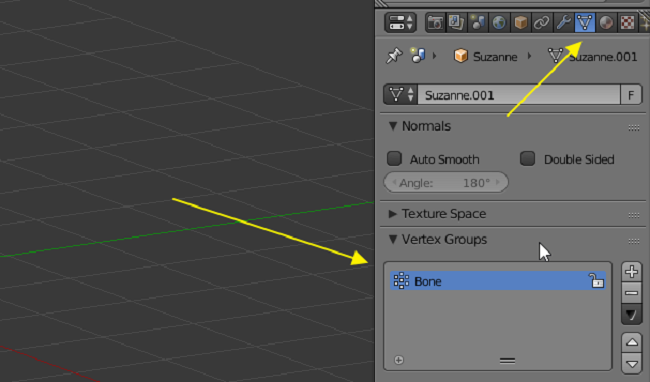 Vertex Groups can be added or removed by clicking the +, – buttons.

Select the character and bring back to Weight Paint. 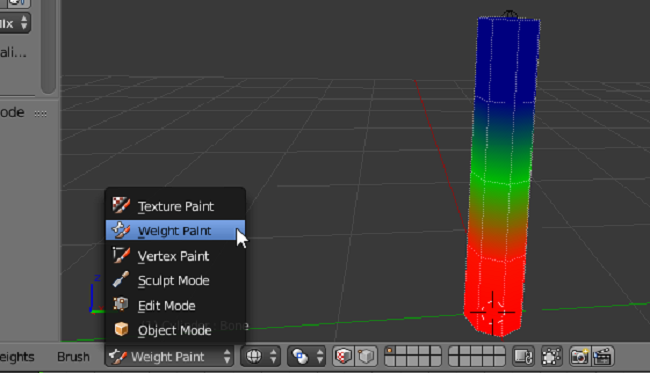 Right click on each bone to see bone impact on vertexs represented by color. Take a look on this above picture, Red is most influential (1), blue has no effect (0). Then you draw directly on the vertex to determine the amount of impact 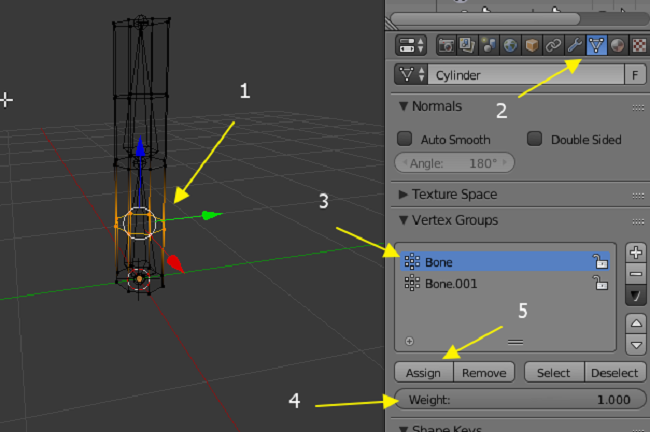 (2) Select the vertex you want to edit

(4) Click Assign to accept bone impact on the selected vertex

(5) Change the impact level by changing the Weight value between 0 – 1. Or remove to remove bone impact on selected vertex

Rigging is a technique used in skeletal animation for representing a 3D character model using a series of interconnected digital bones. Specifically, rigging refers to the process of creating the bone structure of a 3D model. This bone structure is used to manipulate the 3D model like a puppet for animation. For basic Blender operation like Rigging, Modelling,..you should always make sure to install the latest drivers from the graphics card manufacturer website. When it comes to rendering, you will need higher requirement, especially graphics card – the most important factor affecting your rendering process.

In case you still can not afford to build your own PC and have to wait for hours, or even days to process the final step, you can consult our cloud rendering service: 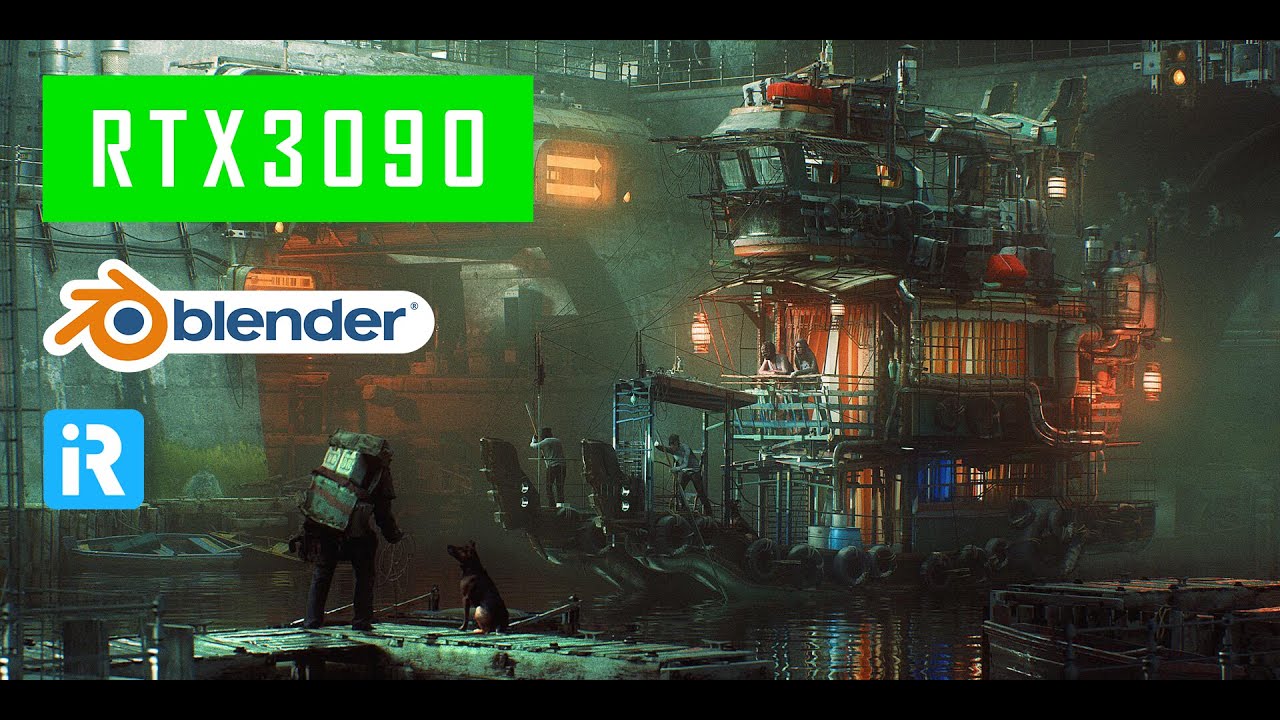 If you have any questions, please do not hesitate to reach us via Whatsapp: +(84) 981-868-890. We will be ready to help you in any way! Become a member of the iRender community today to stop wasting pointless hours of render process. Always at the forefront of cutting-edge graphics technology, we do the rendering, the creativity is yours!

Keep an eye on my blog for more coverage of exciting new Blender features!