As we all know, Houdini is a 3D software application developed by SideFX. Houdini is most commonly used in FX departments for the creation of visual effects in film and games. It is used by major VFX companies such as Walt Disney Animation Studios, Pixar, DreamWorks Animation, Double Negative, ILM, MPC, Framestore, and others. Houdini has been used in various feature animation productions, including Disney’s feature films Fantasia 2000, Frozen, and Zootopia; the Blue Sky Studios film Rio, and DNA Productions’ Ant Bully as well.

And Redshift is a powerful GPU-accelerated renderer, built to meet the specific demands of contemporary high-end production rendering. In other words, Redshift is tailored to support creative individuals and studios of every size. In fact, Redshift offers a suite of powerful features and integrates with industry-standard CG applications. And Redshift has added Houdini to its growing list of digital content creation (DCC) tools that support its rendering engine. Over the past few years, more and more Houdini designers are using Redshift for rendering and dramatically speeding up their render times thanks to this renderer.

Houdini artists can now utilize Redshift as its rendering backbone by integrating the Redshift plugin. The key features that get supported include:

Dedicated Redshift shader options, camera and render settings were all in logical places. Redshift supports Render proxies well and a full set of AOVs (render pass outputs) are available. With IPR, Redshift allows either bucket or progressive rendering, which constantly updates allowing really quick iteration during look dev. With great tutorials on Redshift’s site, if you’re used to working with other biased engines, Redshift is simple to get your head around and easier than most to use.

Redshift uses out-of-core architecture, which uses all the resources of the computer to render scenes – unlike many GPU render solutions that can only use the memory available on the GPU, meaning that no compromises for scenes are required. Redshift also uses all the memory on all the GPUs within a PC, even if they have different RAM amounts.

Animation and camera effects, such as depth of field, are available and work beautifully, which when the samples are increased, create a lovely rolling falloff, especially when used with the Redshift shaders. Redshift scales well for freelancers or studios, as one comparatively cheap license covers one PC, and if that PC happens to have 12 GPUs in it the license cost is the same as if it had one, making it potentially more attractive from a speed and cost point of view than a CPU based render solution. That is the reason why Redshift is addictive, and has become a dominant render platform over time.

This is the information on what hardware and operating systems are required for Redshift to work properly. Please make sure that your system meets the requirements listed below to make full use of these software power.

Since the recommended Redshift specifications suggested above, iRender provides multiple GPU machines (2/4/6/8x RTX 3090) which are the most effective for Redshift rendering in multi GPU cards coming with the following configuration specifications:

The servers’ configuration of iRender not only surpasses the minimum hardware requirements of Redshift, but also exceeds the recommended requirements above:

We have tested rendering on all 02 servers (6 and 8x RTX 3090) to give you a better overview of the power of each server. Please watch the video below:

To sum up, using redshift to render your Houdini projects is fast, using iRender’s 8x RTX 3090 servers is definitely a lot faster.

iRender’s servers are the ultimate online solution for Houdini rendering allowing up to multiple, powerful 2/4/6/8x RTX 3090. These servers are the premier solutions to maximize your advantage when you need it most – to win the project, to meet the impossible deadline, or pivot your visual direction with unparalleled speed. Depending on your budget and your time, let’s pick one server to experience a new level of rendering.

The hourly rental option is always available for you to choose from. However, you can always save from 10% to 30% with our Fixed Rental feature. For those who’re in need of a server for more than a day, or have an extremely large project, we advise choosing a daily/ weekly/monthly rental package. The discount is attractive (10% for daily packages, 20% for weekly and more for monthly).

We accept payment through PayPal, Payoneer, bank transfer, or credit card. And of course, we provide promotions for customers on special occasions. Stay connected with us to keep updating these programs.

What you need to do is just 5 simple steps including:

We ensure to provide you the easy-to-use interesting and effective solutions. With just one or two clicks to create an image, and 3 to 10 minutes to boot the system for the first time, you will use the servers (GPUs & CPUs) like your own PC. Additionally, you just need to set up your working environment once and save it as Images to keep it for life.

Furthermore, we are one of a few render farms providing a unique transfer file tool, without having to access to a third party for transferring data. The tool is called iRender Drive. You will upload your files to the tool even when the remote server is turned off and it will automatically sync to the remote servers and vice versa. Furthermore, major cloud transferring platforms like Dropbox, and Google Drive is also supported if you want to use them. 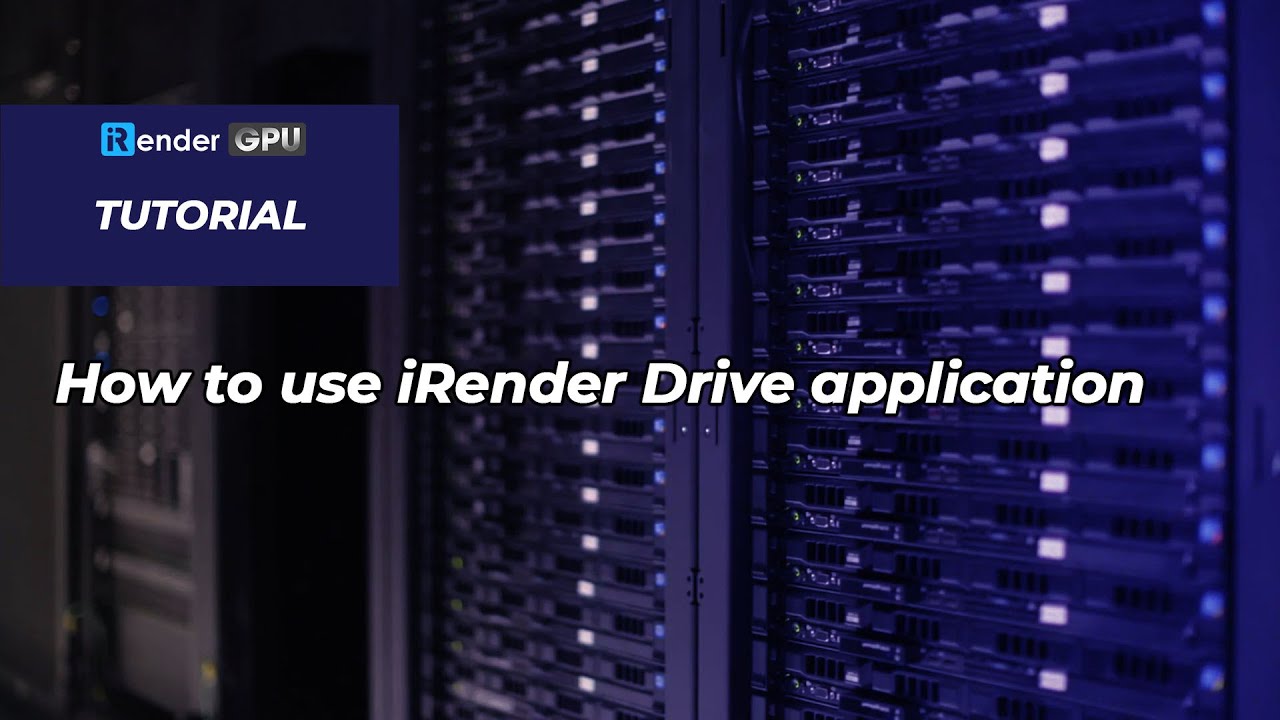 iRender is on the way to becoming the best render farm service nowadays. Thanks to our leading technology, we help users create high-quality images and videos in the shortest time ever and minimize the rendering time

With the above advantages and the machine configuration package that iRender is offering, we believe that Houdini users will have the most comfortable, quickest, and most effective rendering time with Redshift.

So, do not hesitate anymore, let’s JOIN US to get a FREE COUPON to test our GPU servers and reach a new level of cloud rendering.