What hardware is most used in Daz Studio? In this article, iRender will introduce you 4 hardware recommendations for Daz Studio.

If you’re into computer hardware, you’ve probably heard of the chip shortages that have been plaguing the computer industry and driving up the prices of some hardware. For digital artists, having the right tools is crucial, if not extremely valuable in terms of quality of life improvements. This is especially true for Daz Studio users and artists who want to make the best out of features, like the Iray Render Engine, and would prefer to not run their computer for hours just to make a single render.

We’ve created a list of things about our recommended computer hardware that gonna help build your powerful workstation and why iRender might become an effective solution for Daz Studio users and Iray Render Engine to speed up the rendering process and bring incredible rendering results.

Most 3D apps (including DAZ Studio) will work on both Windows and macOS, some even work with Linux. To get the most out of them, you really have to use Windows 10 or above. That wasn’t always the case: most creatives used to prefer Macs, and many still do – but Apple had a falling out with NVIDIA, so they don’t support these graphics cards anymore. Additionally, Apple is switching over to using their own CPUs, which means many apps will have to be re-written in the future.

But this should not be a barrier for Mac users when they use our services. With just one small step in the whole process, Mac users can completely connect to our server and proceed with their Daz projects.

The computer processing unit (CPU) is the brain behind the basic processes a computer needs to run to function and is responsible for interpreting most computer commands. When a program tells the computer to do something, the CPU fetches those instructions, processes them, then executes them as instructed.

Most 3D and digital art programs are designed to utilize multi-core processors, so take that into consideration when you evaluate what CPU a computer build is utilizing.

If you have a PC with an Intel Core i5/i7/i9 and put it under 90% load for several hours, it might get too hot, lock up and freeze the system. That’s why 3D or digital artists, they tend to find and build a workstation using CPUs that are designed to run better under constant high load, like a long encoding job without interruption. And AMD Ryzen and Intel Xeon Processor are usually the most commonly seen and used options. However, to build these workstations also depends on the budget of users and how often they use them for their work. That’s why iRender might be the alternative choice for Daz users, we provide machines using high core count CPU AMD Ryzen Threadripper Pro 3955WX 16 cores and 32 threads.

While a fast CPU is desirable, it’s often not necessary to pay a premium for the latest and fastest model. That’s because the heavy lifting for Iray and similar render engines like Octane or Blender’s Cycles engine is better tackled with a good GPU. While the CPUs can do such rendering, they’re designed as general purpose calculators and as such are not as efficient at 3D calculations as GPUs.

The graphics processing unit (GPU) is invaluable in 3D rendering and countless other applications. The GPU works alongside your CPU to boost performance, and provide faster, better graphics.

There are a variety of GPUs to choose from covering a variety of price points, but if you’re using Daz Studio and want to take advantage of the Iray Render Engine, you’ll need a supported NVIDIA GPU with Iray drivers to make the most out of this feature.

Currently, there is a quite large amount of NVIDIA-type cards on the market, RTX and GTX are the recent few years of usable cards. GTX are older cards, still capable, but slower compared to the current RTX series. The latter has not only had a serious speed improvement but also added better video encoding and live ray-tracing capabilities. This makes a big difference for real-time 3D rendering revolution that’s upon us.

Each series of cards comes out with various levels of capabilities indicated by the last two numbers at the end: an RTX 2060 is slower than a 2070, which in turn is slower than a 2080. At the same time, RTX 3060 might well be faster than an RTX 2070, and owning an RTX3060 has already been amazing.

We iRender take power from NVIDIA RTX 3090, our servers vary from GPU single card to 2/4/6/8 GPU cards, based on the need and budget, customers can choose which server they would like to use on Daz3D. 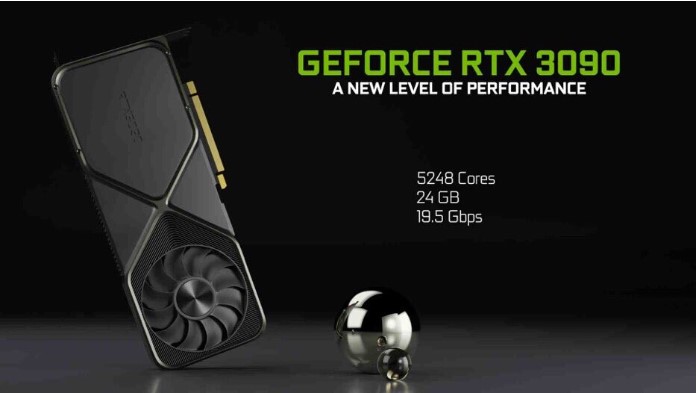 RAM stands for random access memory and is one of the most important components in computer performance. RAM handles your computer’s short-term memory needs. The more applications you are running, or the more intensive those applications are, such as generating a 3D render, the more RAM is required to keep things running quickly and smoothly.

For professional levels of 3D design, 16GB to 32GB is highly recommended for the best performance. On a budget, 8GB may suffice, though performance may be slow at times.

iRender provides powerful workstation for Daz Studio users. Users will remotely connect to our server, install any versions of Daz only one time, and easily do any intensive tasks like using their local computers.

At iRender, there are several choices from single to multiple GPU cards for Daz users. Based on your need, you can choose suitable server to help you not only speed up the rendering process but also bring you incredible rendering results.