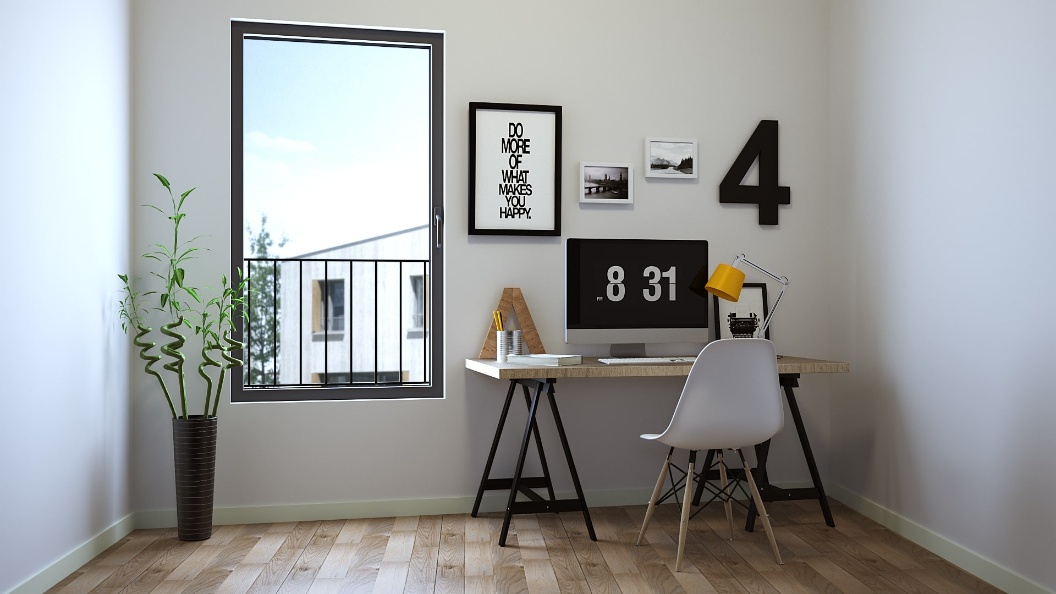 In high-end productions, it is often necessary to distribute a render job over several machines on a farm to quickly obtain all the frames needed for a sequence or to calculate a very large image. Maxwell Render’s networking capabilities are very powerful (more computers equals more speed in a very linear way), and very flexible – networking is multi-platform allowing a mixture of Windows, Mac and Linux systems to be connected. The software’s wizard system makes setting a network job a straightforward task. With the network rendering, you can tell Maxwell to render the same image on all your computers (cooperative rendering), or each computer can render one frame of an animation.

The Network System is composed of three components:

With these three components, the Network System allows you to: 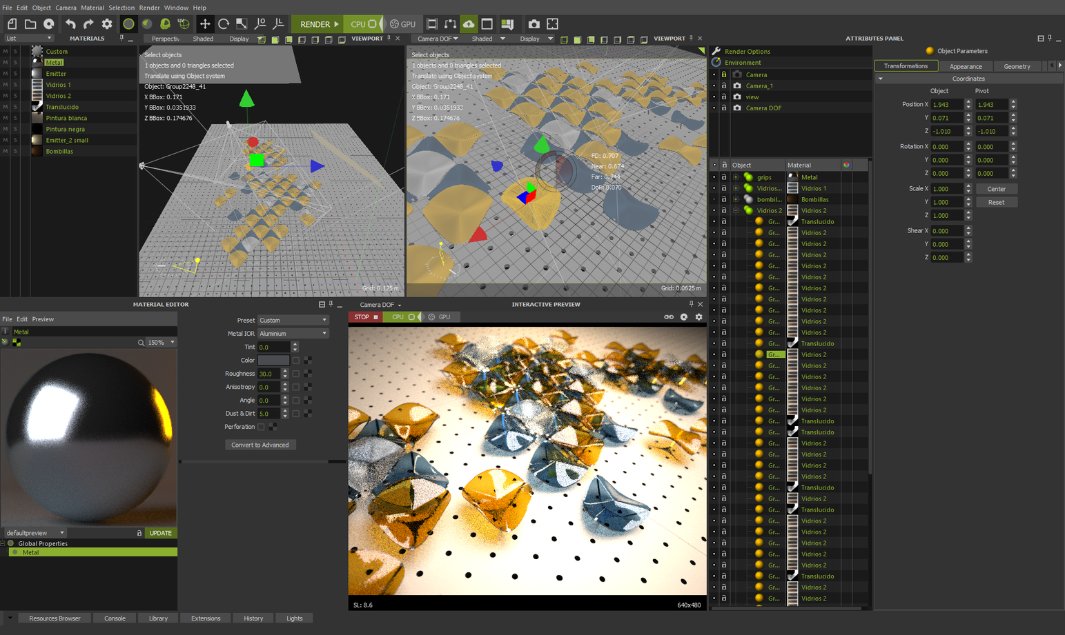 Install Maxwell on all machines and make sure that Maxwell is properly licensed on each of them.

Step 2. Launch Manager and the Nodes

Launch the Monitor on the computer where you want to control (launch/ display/ stop) the rendering process. The Monitor will automatically connect to the network to search for the Manager and the available Nodes. They will be listed in the Nodes panel. The Monitor can run on the same computer that is running the Manager. Check in the Monitor>Nodes panel that all your computer nodes are listed there. If some of them are not listed, check the firewall settings on that computer and make sure it is not being blocked.

Use the Add Job button to submit a job. This will open the Add Job Wizard to help you through the process. Select one of the following options. 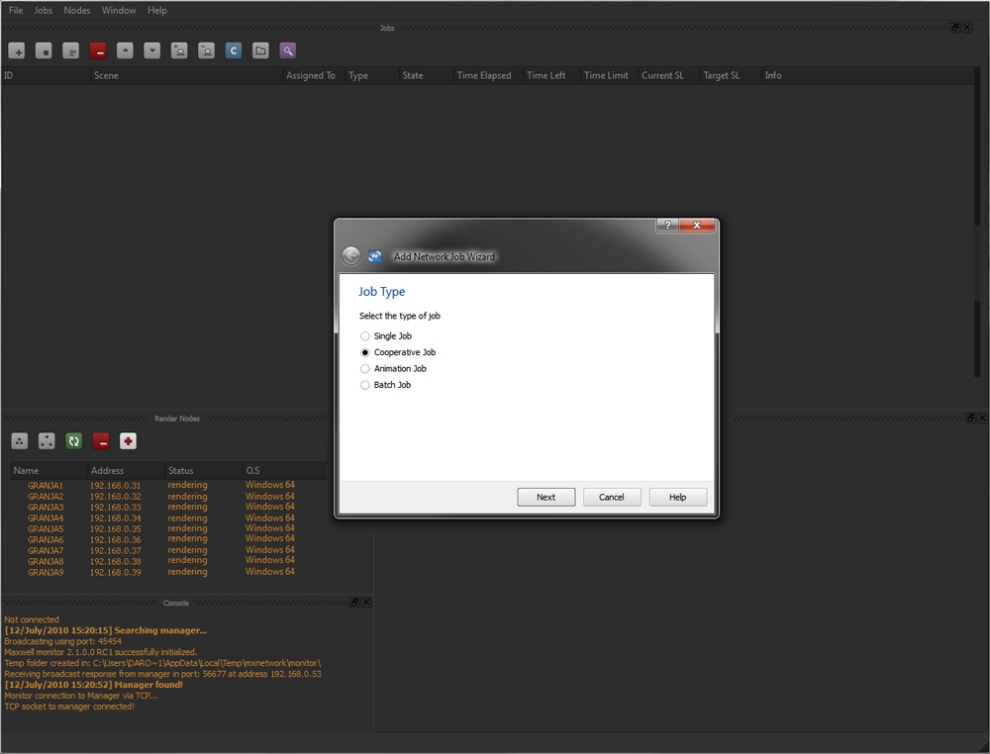 Once you have selected the job type you are submitting, you can change the details.

You have two options of specifying the output paths of your renders:

If you do not have network paths, enable “Send dependencies” to send each Render Node the required textures and extra files. Otherwise, you must specify here a UNC path to a networked folder to which all nodes have access. 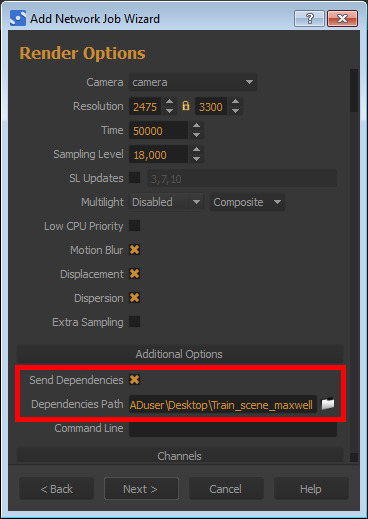 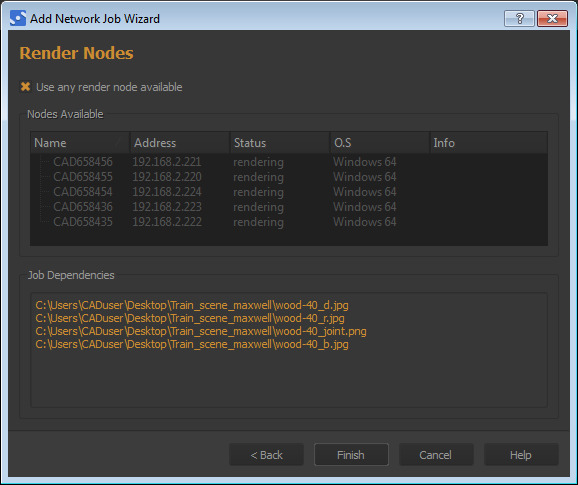 You can even choose which nodes will work on each specific job. Enabling the “Use any render node available” makes Maxwell assign the job to the first node that it finds available on the network. 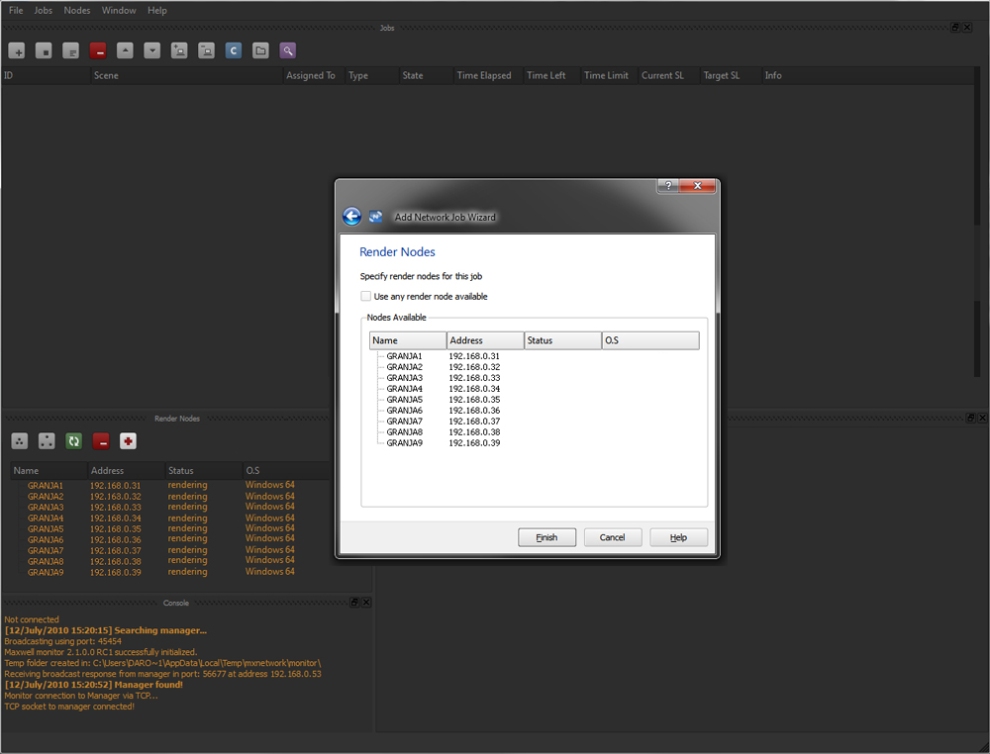 iRender, a Vietnamese-based software company, provides high computing performance on the model of IaaS (Infrastructure-as-a-Service), with thousands of CPUs & GPUs for 3D rendering, processing Big Data or any other intensive tasks. We provide CPU Server and 6 GPU Cloud Rendering packages with 1/2/4/6 card(s) RTX 2080Ti/3080/3090, which suit all your project demands and will speed up your rendering process many times. Maxwell users can easily choose their machine configuration from recommended system requirements to high-end options.

To reduce the rendering time, Maxwell users can run multiple machines at the same time, separately, or connect them with network rendering. CPU server with moderate configuration and a very cheap price will be the most suitable package for network rendering, but of course, you can use GPU servers if you want to reduce the time even more. 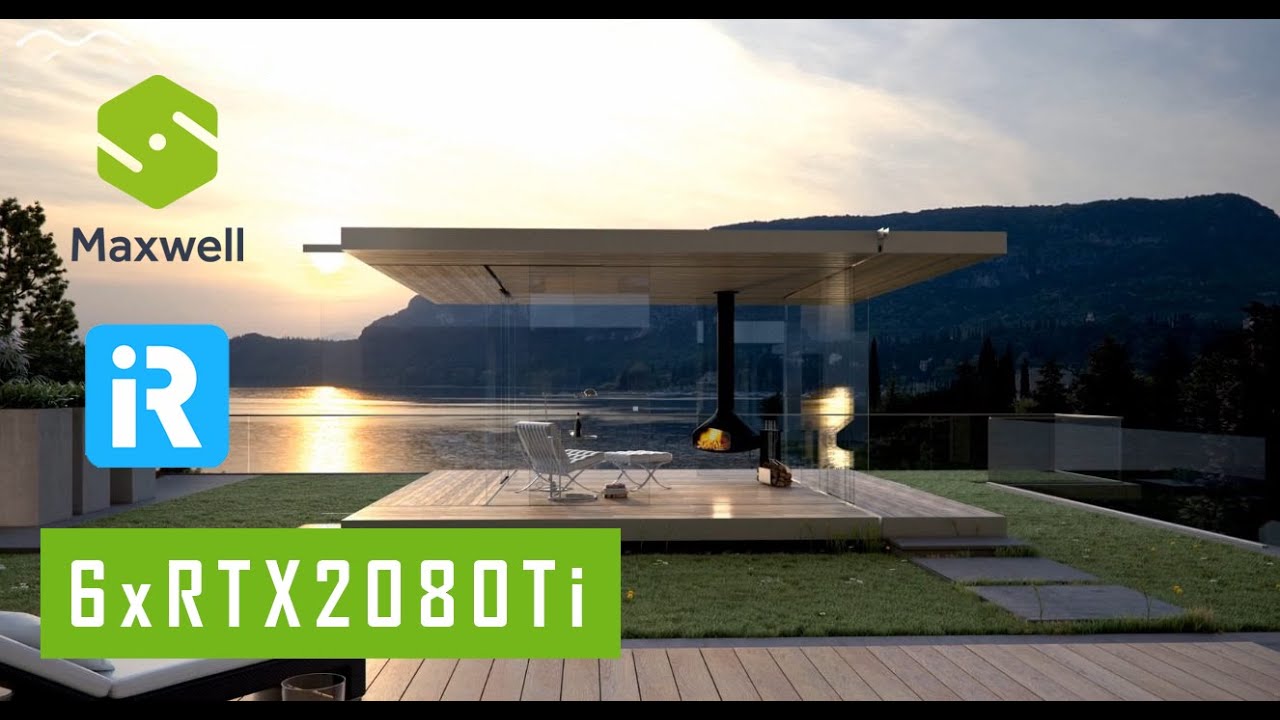 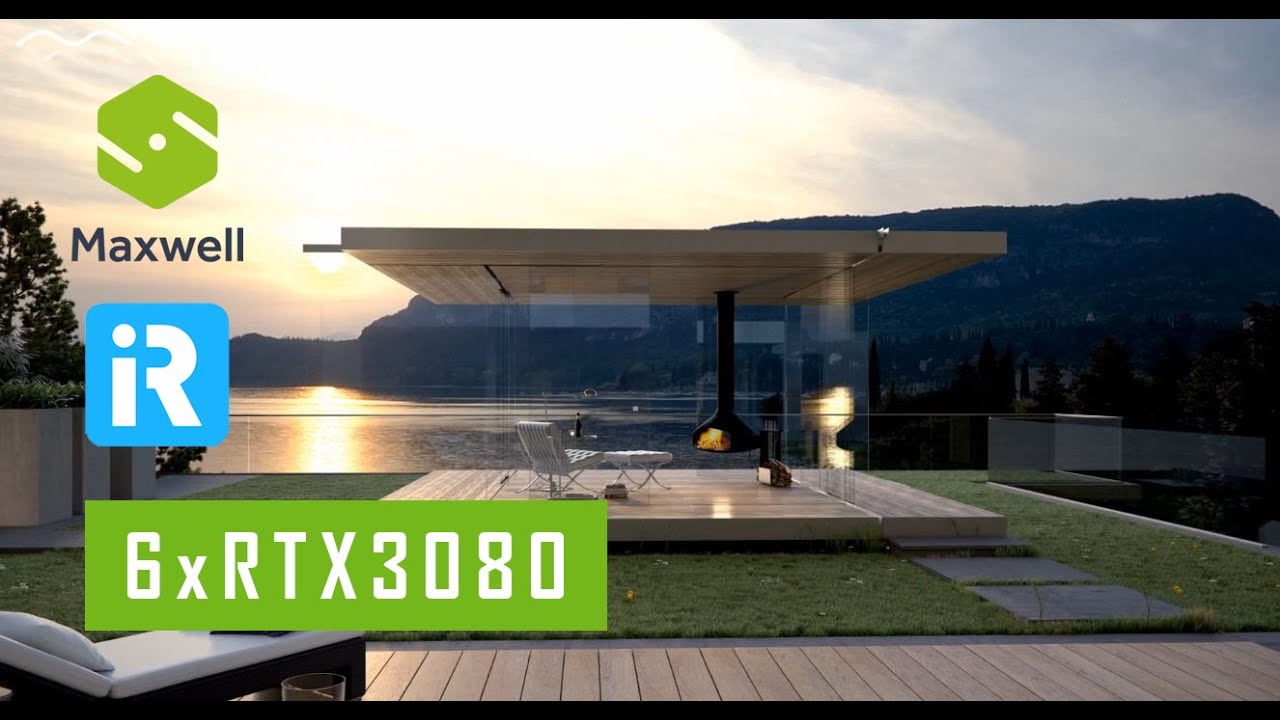 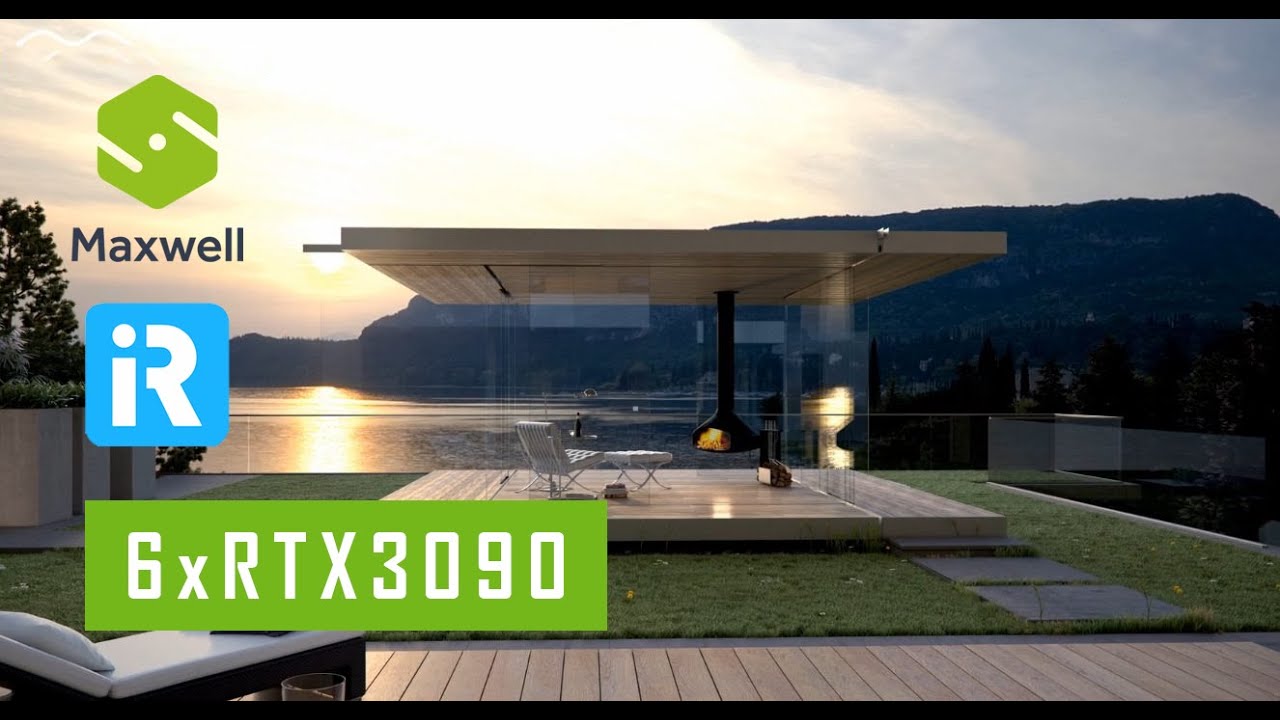 In addition, you will enjoy more benefits than just the powerful machines.

iRender offers a powerful and free file transfer tool: Gpuhub Sync. With fast file transfer speed, large data capacity, and completely free. You can transfer all the necessary data into our Gpuhub Sync tool at any time without connecting to the server. The data will be automatically synchronized in the Z drive inside the server, ready for you to use.

You will be charged on a per-minute basis. However, you can always save up to 50% with our Fixed Rental feature. For those who are in need of the server for more than a day, or have extremely large projects, we advise choosing daily/weekly/monthly or even yearly rental packages. The discount is attractive (20% for daily packages, 40% for weekly and monthly packages, 50% for yearly packages). Besides, you don’t have to worry about over-charging if you forget to shut down the server.

With the above advantages and the machine configuration package that iRender offers, we believe that Maxwell users will have the most comfortable, quickest, and most effective rendering time.

So, do not hesitate anymore, let’s REGISTER for an account today to get a FREE COUPON to experience our service and reach a new level of cloud rendering. Or contact us via WhatsApp: +(84) 912875500 for advice and support.

Maxwell Render™ is a rendering engine based on the mathematical equations governing light transport, meaning that all elements, such as…

Maxwell Render is a physically accurate, unbiased engine, used in the film, animation, and VFX industry, as well as in…

Maxwell Render is a physically accurate, unbiased engine, used in the film, animation, and VFX industry, as well as in…