Blender possesses many pioneering elements in the functions of 3D strengths: 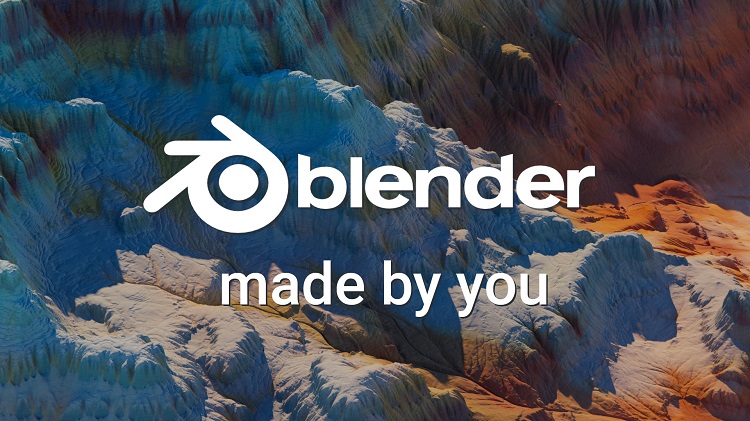 In order to render in Blender, the computer configuration needs GPGPU (General Purpose Computing on Graphics Processing Units), the CPU calculates and returns the results to the GPU to compute the image, then the GPU resends the results to the CPU again.

Assuming that you are a designer, an animator or an architect whose work requires GPU performance and are wondering which brand of graphics card suits your work, we certainly encourage you to use Nvidia cards. The reason is that many people use Bender in particular and other graphics software in general often face some annoying problems with ATI cards during their use. Common problems include lighting errors and unstable operation. You can refer to the parameter of Frame Rate on Blender 2.90 of some of the best-selling cards below: 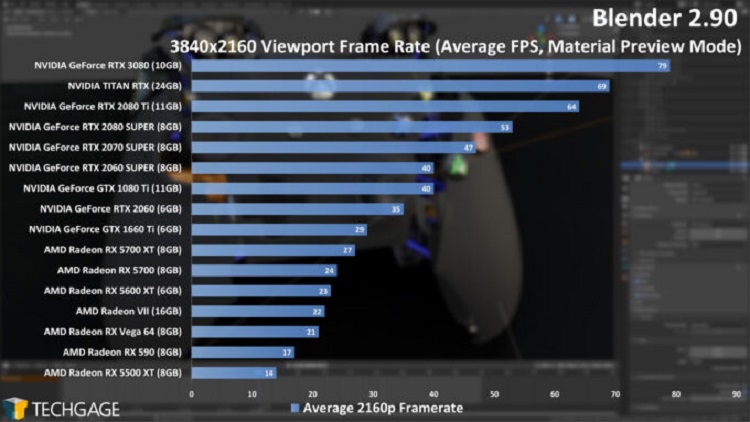 Blender’s internal tools like Eevee and Cycles both support rendering via GPU. Blender doesn’t limit the number of GPUs to render a scene, and the performance ratio is almost linear. For artists who love the realism of Cycles but the image processing speed is slower than Eevee, then using more GPU will definitely help you speed up your render. In the User Preferences >System > Compute Device, you can configure the CUDA device you want to use (or ignore). When rendering, each GPU will display a tile according to the settings on the Performance tab. The more GPUs you have, the more tiles are displayed simultaneously. For example, the same 2xGPU would be almost twice as fast as a GPU, 6xGPU could reduce render times 4-5 times.

In addition, if the rendering process uses only one GPU to compute and display the screen, you may have troubles in rendering complex scenes (effects, materials, motion, etc. ) due to the limited VRAM memory and other interaction issues when using the same graphics card for displaying and rendering.

iRender is a render farm that provides high performance computing with the 20.000+ CPUs and the latest GPUs through Remote Desktop Application. The core difference between iRender compared to other render farms is our extremely uniquerender solution, completely different from the old SAAS solution, which is gradually revealing many limitations. In other words, this is a hardware service, not a software service, modern artists will choose a machine configuration to suit their design needs and requirements of the graphic software, subsequently have full authority to set up and control directly the remote machine through their own personal computer.

iRender offers three main service packages based on customer needs: CPU Rental, Single-GPU and Multi-GPUs Rental. However, as mentioned above, multi-GPUs will be the best performance option for Blender, including three servers: 6x RTX 2080 Ti / 3080/3090. 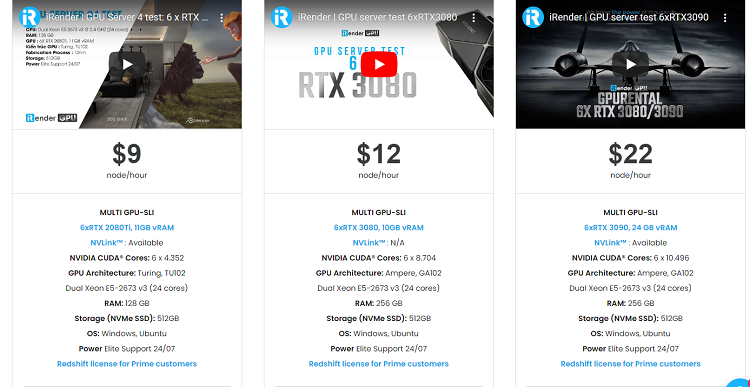 Actually, RTX 2080Ti and 3080 might not be too different in terms of power. RTX 3080 has CUDA core numbers and TFLOP numbers twice as much as RTX 2080 Ti, but its performance is only 24% better. These results have been evaluated by foreign reputable reviewers and allowed to share widely. Therefore, if you are a Blender user that does not regularly work on large projects, both two packages are suitable for you. Following are the benchmark results comparing the performance of RTX 2080 Ti and RTX 3080 compiled by Videocardz:

It is undoubted that the 6x RTX 3090 super-configuration will still be the most powerful option with up to 24GB of VRAM graphics memory if you’re on budget. Moreover, it’s integrated with the latest NVlink technology that technophiles are craving for it, helping to expand data bandwidth between GPU and CPU 5-12 times faster than PCI Express interface. It can be used for a variety of things, from basic SLI for faster gaming to a large memory pool for the GPU to display large and complex scenes. This makes a huge step forward to the graphics industry, creating a differentiated processing power that takes advantage of multiple cards performance but running like a single card. Besides, this NVLink completely eliminates the bottleneck between CPU and GPU as well.

RTX 3090 – the flagship of Nvidia RTX GeForce 3000 Series along with NVLink technology has shown a very perfect combination. Server 8 with the power of 6 x RTX 3090 truly delivers speed, image quality and performance beyond expectations, especially for artists with thousands of frames to process. In addition, iRender provides the “Clone” function that allows to copy the entire data of a server and then create a series of copies to re-use. This is an extremely useful function when users have a large number of frames that need to render simultaneously on multiple servers with the same software, settings and configurations. Furthermore, it’s really simple to use. Users just need to put all necessary files to render in and enjoy the feeling of simultaneous rendering and no longer have to worry about rendering interference because of missing materials. You can check out the performance test video of the 6x RTX 3090 package on Blender 2.90, renderer Cycles below:

iRender always puts the needs of the customer as priority to create the best server configurations, iRender is always a pioneer in the digital age with the latest graphics technologies.

Price is also an important factor affecting a customer’s decision to use the service. In addition to the moderate cost from only $1/hour, iRender is also the only render Farm service currently offering you a fixed rental package by day, week and month. This is an extremely beneficial advantage for professional artists having demand on using it regularly or during busy project seasons. By using those packages, users can save their money up to 60% compared to the regular hourly rental.

Whether you are an iRender customer, or you are simply interested in our service, iRender has a great number of enthusiastic staff that are always ready to support you 24/7. We believe the quality of support we provide is as vital as the technology we deliver. We provide unmatched support tailored to your specific needs and goals. iRender cares about the benefits of the users!

As Blender 2.9 has just released, besides the support for PBR materials right in the Viewport via Eevee real-time rendering, they will also have materials that are directly compatible with Cycles and various Simulation Cloth improvements. In addition, everything in Blender is being “node” to compete with Cinema 4D Mograph/expresso, Houdini or 3D Studio Max MCG.

Blender is growing with many powerful customization options and gradually asserting its position in the graphics industry. The software is being used more in real production, including not only the Next Gen animation on Netflix and many blockbuster games such as Homeworld 3 (2022), but also in other fields of design and production in terms of environment, architecture, modeling, animation, look dev and render. 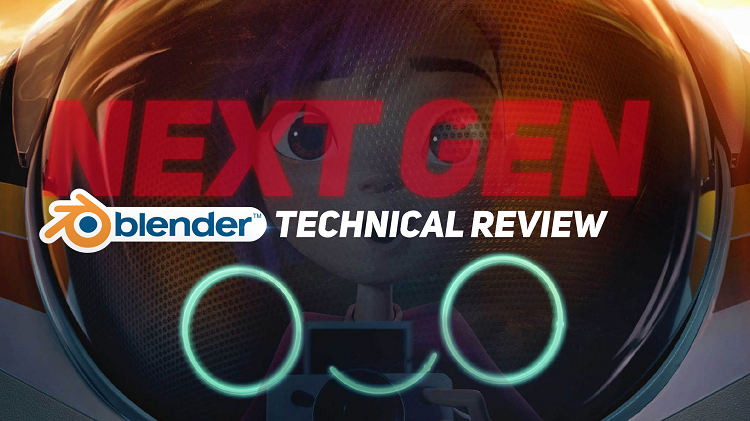 Blender is already awesome, why don’t you upgrade your rendering experience with our amazing configuration here. What we get is more than rendering to create the final product. We receive a new technology solution, a good service, high security, features and softwares, and other utilities to help you save costs and time, reduce stress while working and most importantly, it breaks the creative limits of many technology artists nowaday.