According to reallusion magazine, we explore the story of Gypsy Productions in this article. Eric Andresen is the owner of Gypsy Productions where he creates narrative content, commercials, and corporate videos for small businesses and Fortune 500 Companies. Eric’s production company moved into the creation of 3D digital content several years ago.  The Reallusion pipeline of Character Creator, iClone, and 3DXchange has allowed Gypsy Productions to elevate the level of their production quality while maintaining tight deadlines

Eric has been involved in filmmaking from a young age, starting out in the 1970s on his father’s Super 8 Camera. He received his BA in Cinematography from Eldorado College in 1985. He mentored under Andrew Jackson ASC (Rockford Files, Columbo, M.A.S.H., et al).

Eric said: ‘“Reallusion Software has given Gypsy Productions the tools necessary to achieve high-level animations in a short time frame.  We have been able to concentrate on the story and product rather than focus manpower, time, and money on activities that, in the past, were very time-consuming.  The ability to jump right in and start creating with a seamless workflow was a huge benefit. The user interface, available documentation, and numerous tutorials answered any initial questions. The Reallusion team has also been very approachable, responsive, and professional, just like their products.” 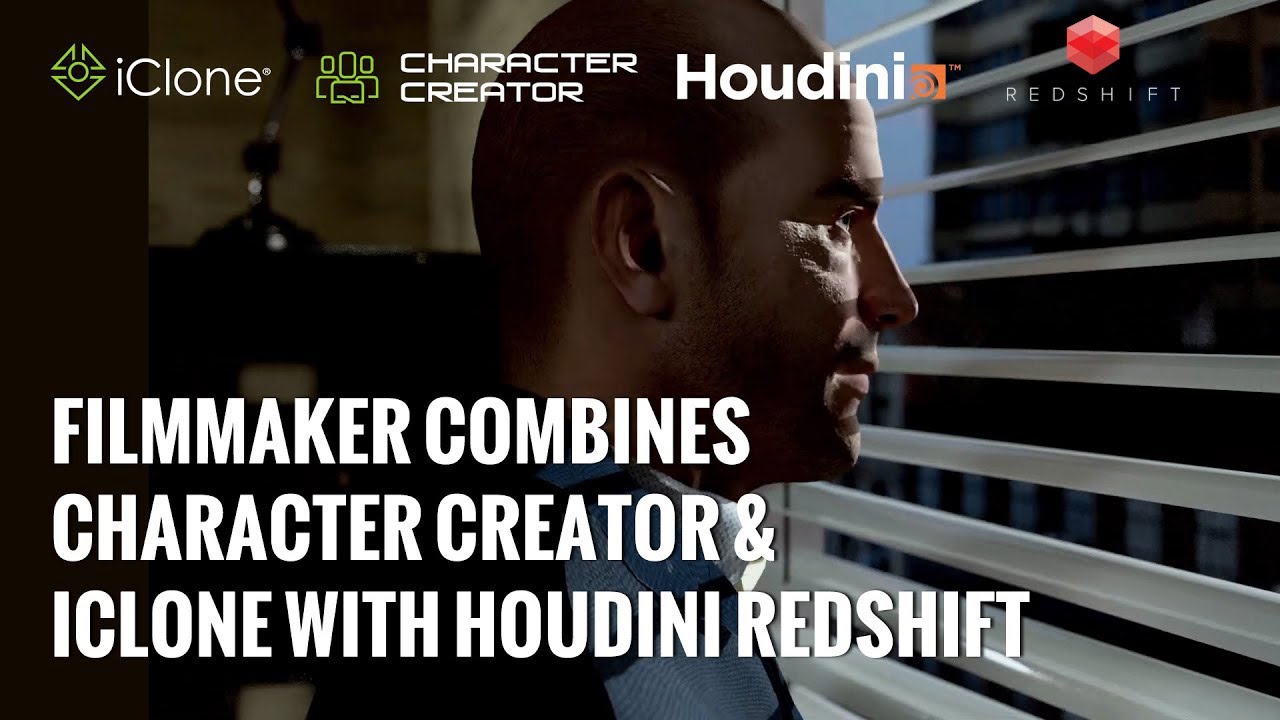 Gypsy Productions is a small video production company based in the US that focuses on branded content, commercials, and corporate videos for major spirit manufacturers, heavy industry, and electrical utilities.

“Red Hand” is our latest creation for a spirit manufacturer in Ireland. It is a short-form, animated web series (3-5 minutes per episode) that throws the viewer instantly into 1932 when America was “alcohol-free” during prohibition. Red Hand follows the journey of private detective Charlie O’Malley in Boston, MA as he finds himself in the middle of a mob war that centers on the control and distribution of alcohol, namely Red Hand Irish Whiskey. 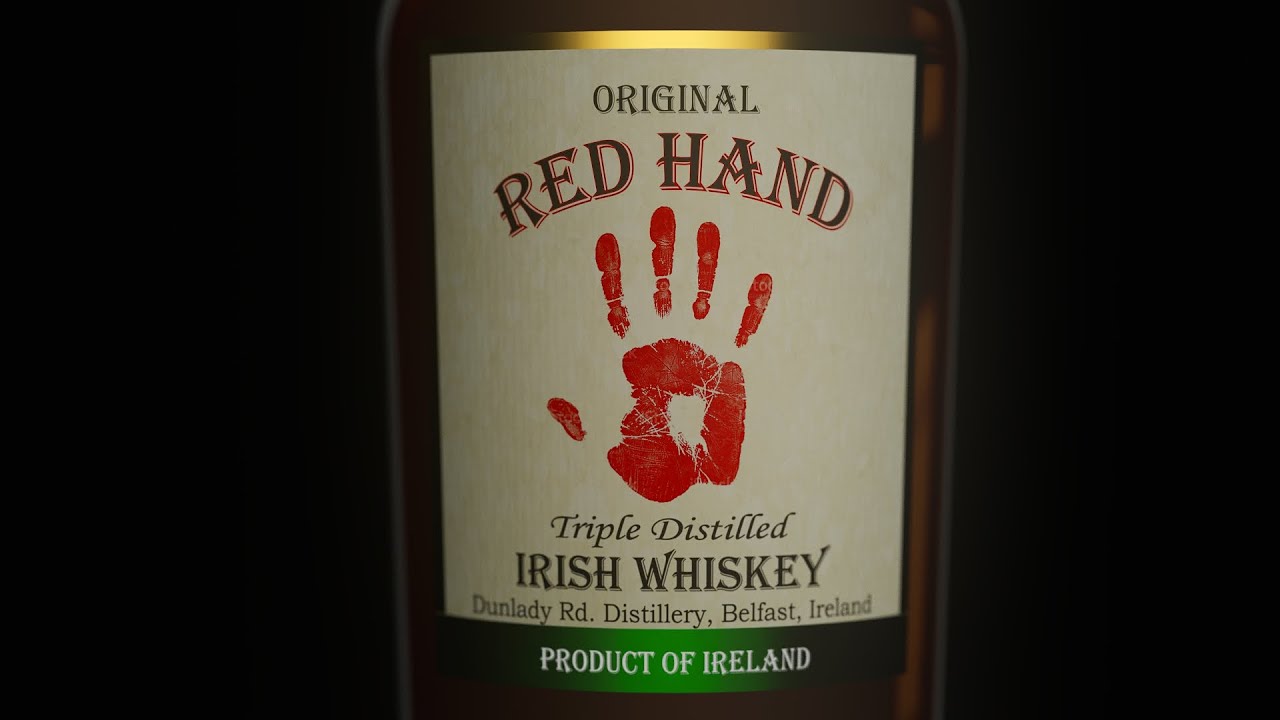 We started using Reallusion’s tools when our client decided that they want a real “Hollywood”, big picture look that is character-driven. Character Creator, iClone, and 3DXchange gave us a very straightforward workflow. When looking at the various methods to achieve our goals, we ranked all available software based on the speed of work, complexity, and final render quality. Reallusion came out on top as we were able to immediately start creating and never lose focus on the story by being bogged down in the technical aspects.

“When looking at the various methods to achieve our goals, we ranked all available software based on the speed of work, complexity, and final render quality. Reallusion came out on top as we were able to immediately start creating and never lose focus on the story by being bogged down in the technical aspects.” – Eric Andresen

CG has given us complete control over every aspect versus traditional shooting. We can create a period piece easily without the headaches traditionally associated with the complexities of wardrobe and locations. The look and feel of Red Hand that the client is looking for would break the budget if we shot traditionally. With CG, anything can be done with the right people and resources. 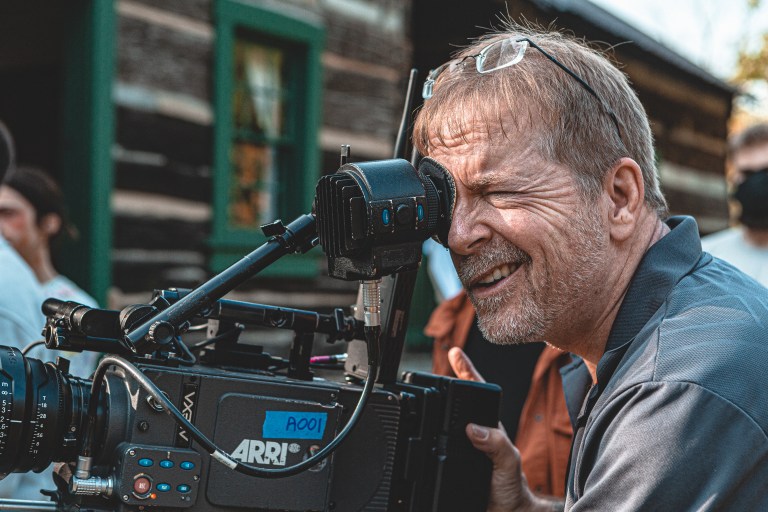 Our first step is to completely define each character in writing. Who are they? What are their flaws? Etc. We then asked, “Who would we cast if we could have an A-list actor?” Once this was agreed upon, we designed unique characters, based on A-list actors. Charlie O’Malley is based on Jason Statham for example. We would design 3 or 4 versions of each character and then ask the client for input. 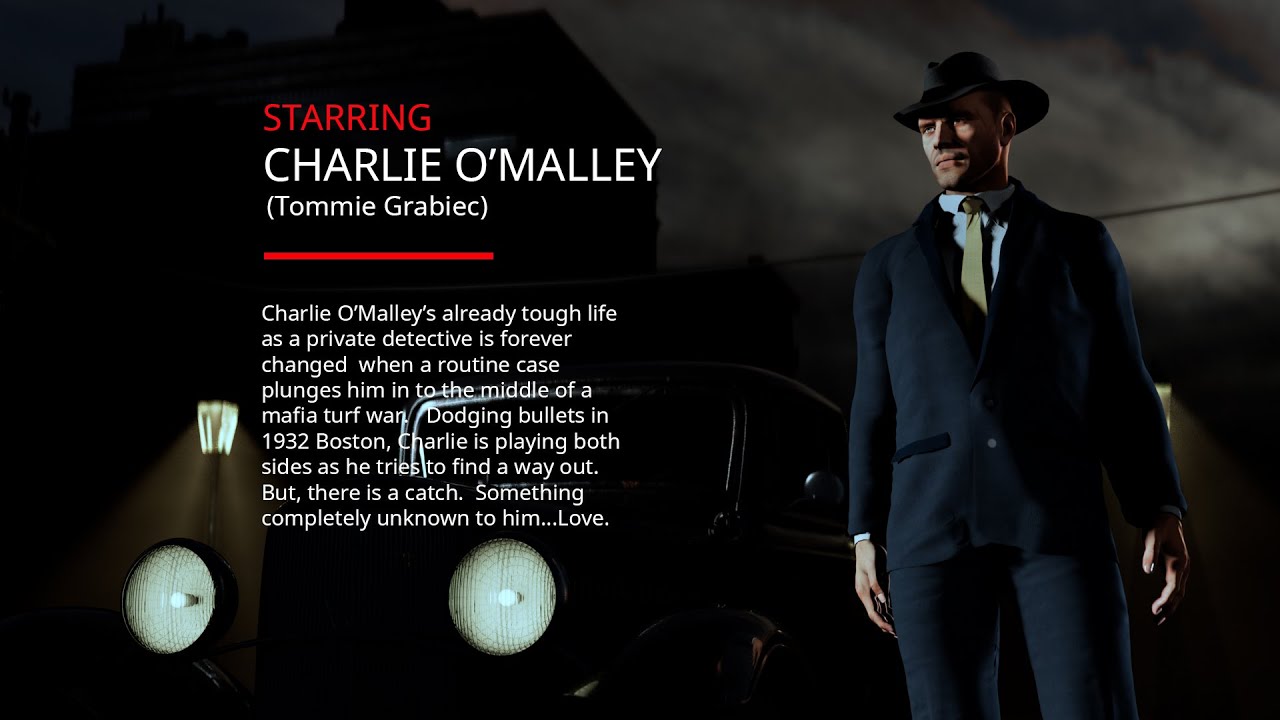 We always started with body type, then face, unique features based on the story, then wardrobe. 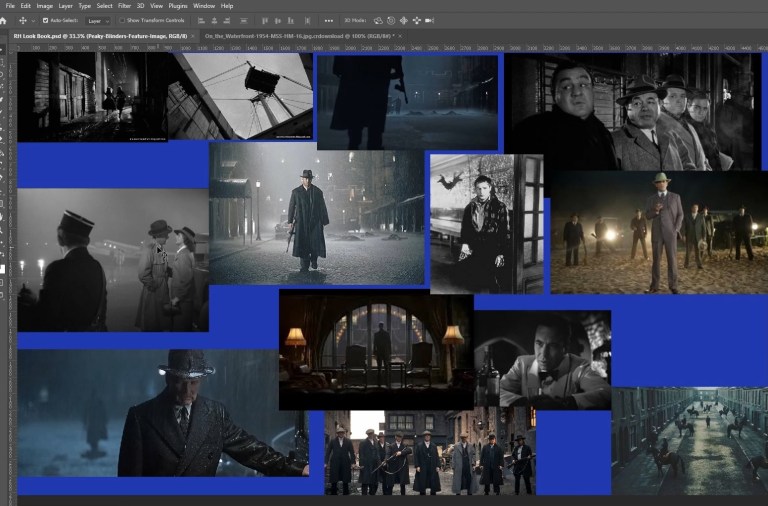 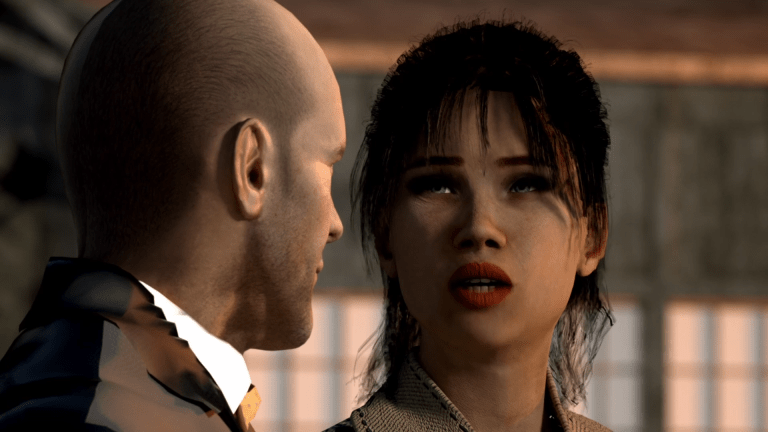 Using iClone with Acculips took the mystery out of lip-synching. The entire process is painless! It was the one thing that we initially thought would be the stumbling block when our client decided they wanted the dialogue between characters versus voice-over. To our surprise, this has been one of the easiest parts of the process. Combined with ActorCore for some key animations, the production could remain focused on the artistic side versus becoming bogged down in time-consuming technical problems. 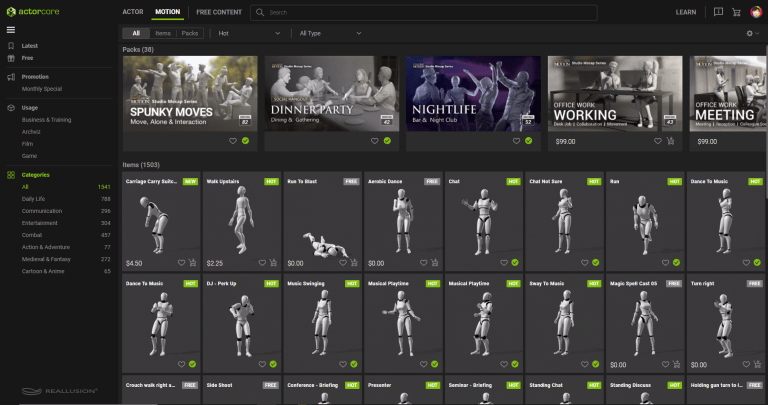 Actor Tommie Grabiec is the voice actor for Charlie O’Malley. I have worked with him on numerous projects previously, none being animation, however. He has a VO studio at this home and he would record 4 or 5 iterations of each line and send them to me. We picked the best and simply applied this with iClone’s AccuLips. 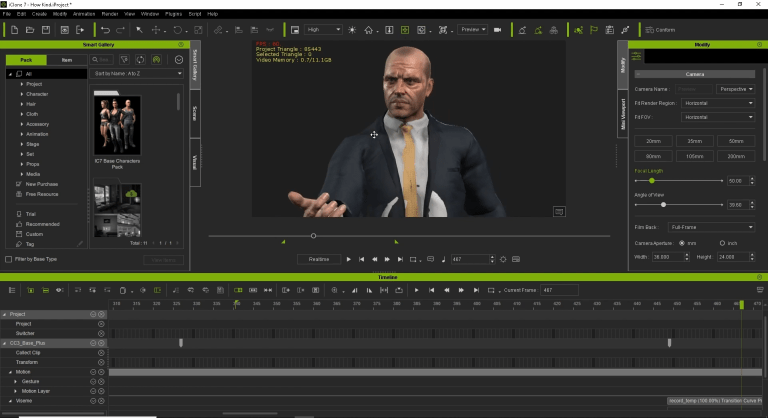 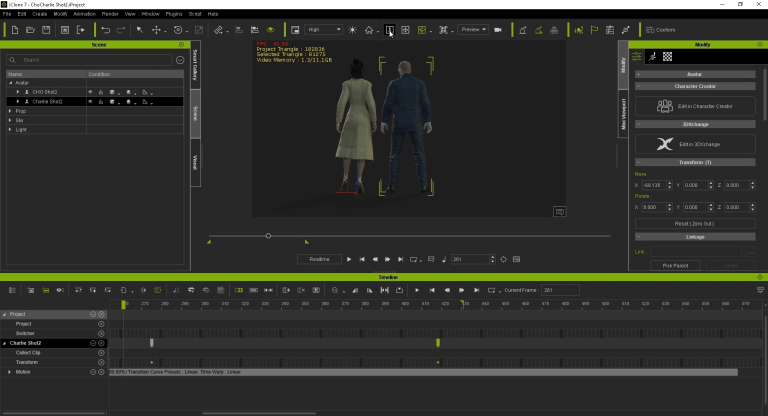 Once the characters were created we moved on to locations and props. The modeling of the props and rigging of the vehicles was done inside of Cinema 4D. These were exported as either OBJ or FBX for use inside of Houdini. Some of the sets, or locations, were built inside of C4D as well and exported as USD to Houdini. 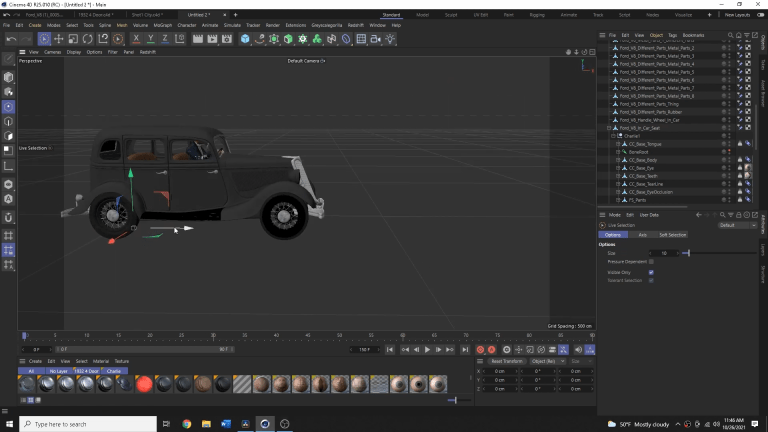 The City of Boston was created inside of Houdini via OSM (open street maps) and we used buildings from Kitbash 3D to populate the area of the city we need for the first episode. We chose Houdini for the first episode because of our familiarity with it as well as Redshift. Moving forward, Unreal Engine will become the final DCC. Any specialized destruction, fluid effects, or volumes will still be done inside of Houdini. 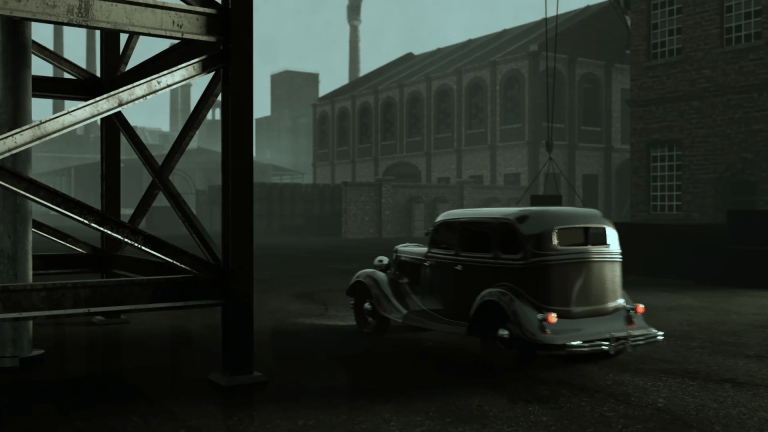 Texturing inside of Unreal is much faster and more flexible for our workflow, especially with large-scale environments and landscapes. Quixel Mixer allows us to easily place textures and decals (such as city streets) versus doing this in Redshift. 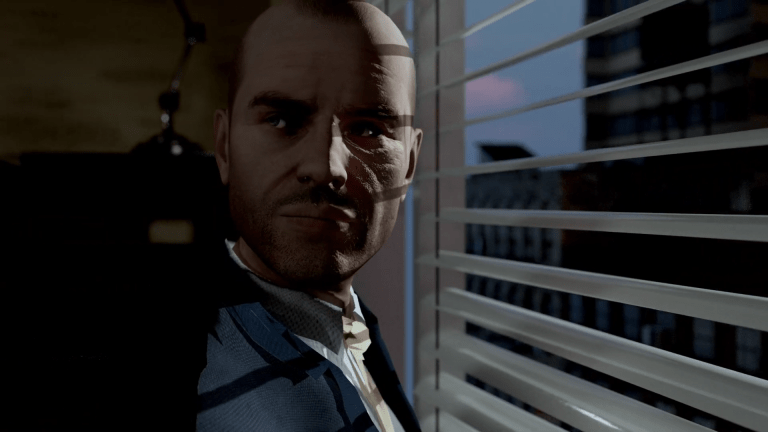 My advice is to just jump in and do it! The worlds that open up to you as a filmmaker inside of 3D are limitless. Don’t be afraid of roadblocks because every 3D artist hits some sort of wall on every project. One of the key things for any aspiring 3D artist to keep in mind is that the 3D/VFX community is very welcoming. I have met more artists that are willing to help me solve problems or give advice on better/easier ways of doing things. 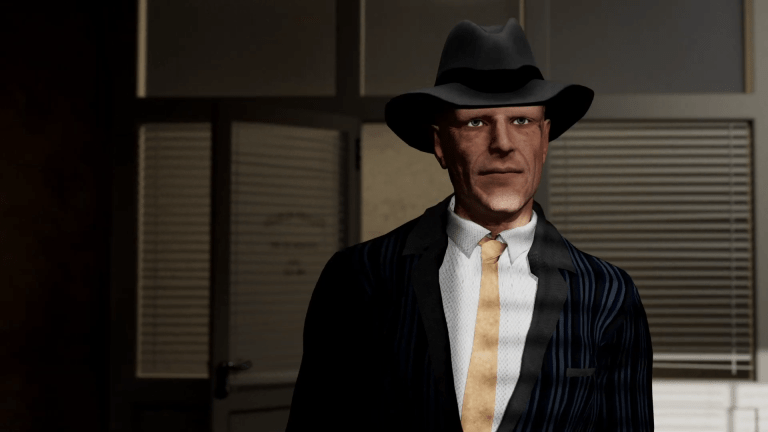 YouTube is a fantastic asset for all 3D artists. There is some sort of tutorial for just about every aspect. My first project inside of Houdini was an ocean-based flip sim. Not exactly the easiest thing to start off with but I met some fantastic people from all over the world that helped me without reservation. One such artist told me that “one day you will be working inside of Houdini and all of the sudden, everything will just click”. He was correct! Don’t give up because things appear to be overwhelming or complicated. 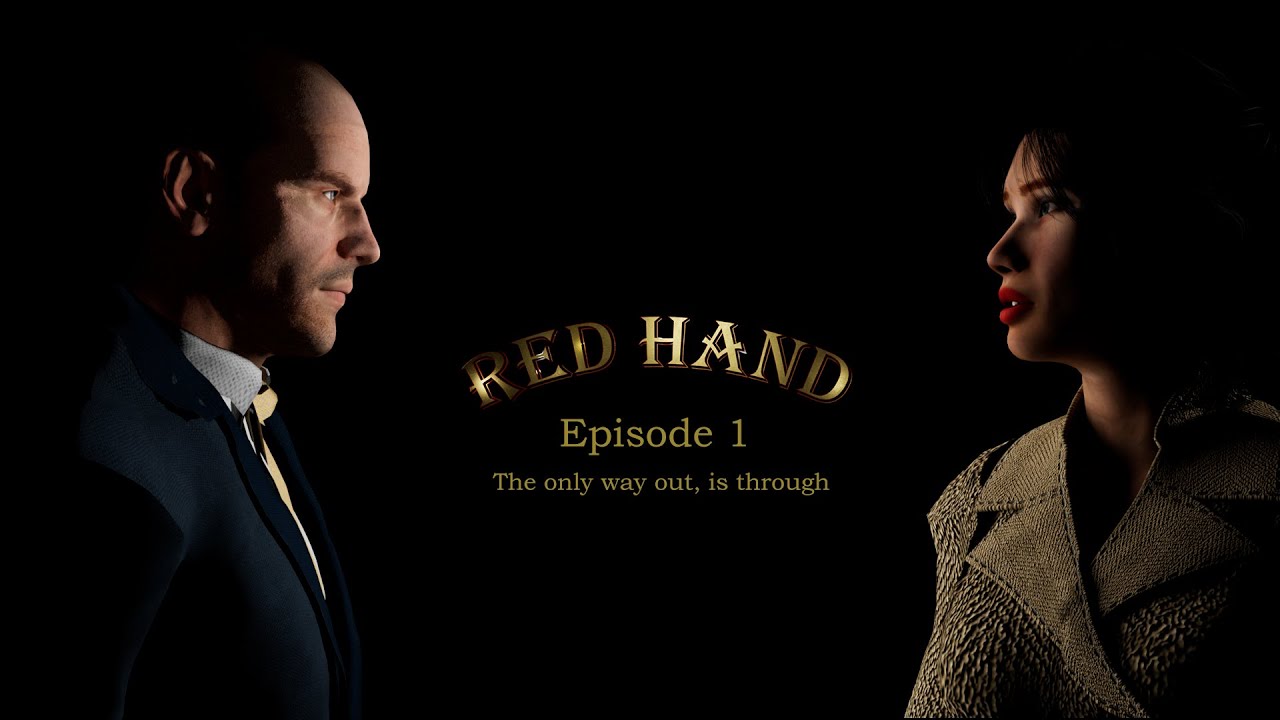 Our workflow is to export out of Houdini as EXR, composite in Fusion with color grading, sound design, and final render in Davinci Resolve. We render one or two frames from each shot prior to any final rendering in Redshift. These are then placed on a whiteboard and the shots are critiqued and examined for both quality and context prior to the final render. It is much easier and more cost-effective to make any changes or corrections before, rather than after.

iRender is releasing new servers for iRender’s users, which have powerful processing capabilities of AMD Ryzen Threadripper Pro 3955WX @ 3.90GHz. Besides, they have multi-GPUs: 2/ 4/ 6/ 8 RTX 3090 24GB VRAM to boost performance in the rendering process.

You should take a look at our workflow through the video below. It takes some easy steps: pick one server, create an image and then boot server. Next, you connect to our remote servers and take full control of our machines.

Omniverse Audio2Face beta simplifies animation of a 3D character to match any voice-over track, whether you’re animating characters for a…