OctaneRender is the world’s first and fastest unbiased, spectrally correct GPU render engine, delivering quality and speed unrivaled by any production renderer on the market. For those reasons, Octane has become one of the most reliable render engines used by 3D artists, studios, and Filmmakers,..around the world.

In OctaneRender, just like most GPU-based engines, the CPU does not directly play a role in the process of rendering scenes. However, according to Otoy, the CPU does help speed up some parts of the rendering process, such as scene preparation. Therefore, requiring a strong CPU is reasonable.

Besides, there is another factor to consider when choosing a CPU: PCIe-Lanes. GPUs are connected to the CPU via PCIe-Lanes on the motherboard which has a big impact since video cards are the primary driver for rendering performance in Octane.

Here are three names of the best CPU for OctaneRender that we are recommending:

At iRender, we equipped the high core count CPU AMD Ryzen Threadripper Pro 3955WX 16 cores and 32 threads on all of our current RTX3090 servers. This is a powerful combination that can be utilized to bring better rendering performance.

If you think those are the best, let me enlighten you with a great news lately. Our GPU server 4S (2×4090) has upgraded to AMD Ryzen Threadripper PRO 5955WX from the PRO 3955WX 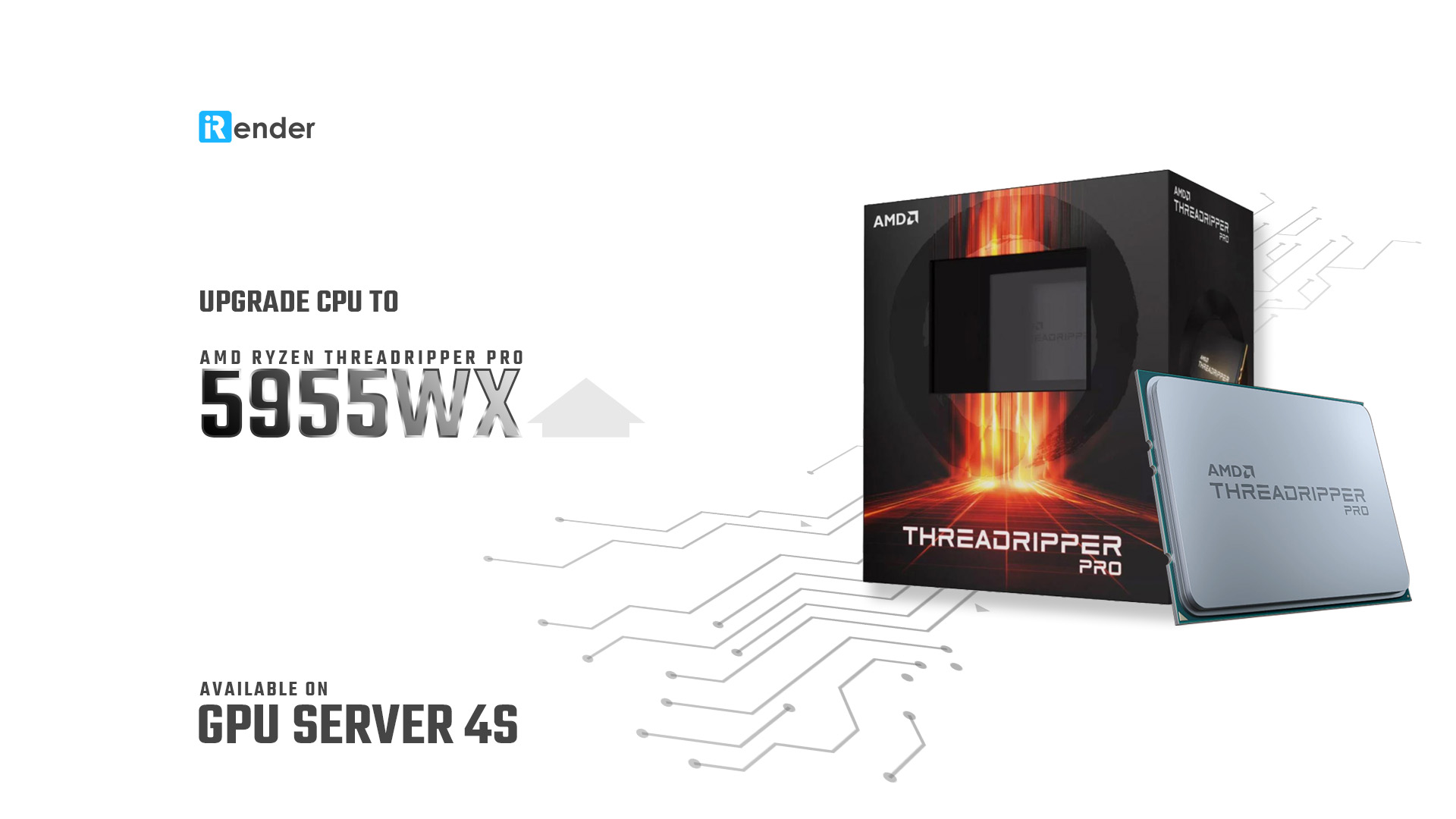 The GPU is the driving factor for performance when it comes to working with OctaneRender. When selecting a GPU, two aspects need to be kept in mind that impact renders capabilities: the raw speed of the GPU itself and the amount of memory of the video card. Video memory will limit how large and complex of scenes can be rendered GeForce cards tend to have good raw performance, with decent amounts of video memory, while Quadro cards come with larger amounts of VRAM but also cost far more for the same level of raw performance. As such, we recommend GeForce series cards for most Octane users.

Building an effective workstation equipped with both strong CPU and GPU might cause you a fortune. Besides, Octane is GPU-accelerated render engine, it can take power from several GPUs. Sometimes, the more GPUs the faster of render performance. If your budget is limited or your project is complex and consumes too much time just to render. Maybe iRender is exactly what you need. We provide several beast machines that will definitely boost your rendering speed. Let’s take a look at the reason why we’re the best render farm for Octane users.

Otoy released 2 main versions of OctaneRender: Octane Studio and Octane Enterprise. There is a slight difference between those two OctaneRender. It relies on how many GPUs they can utilize.

Currently, OctaneRender Studio supports up to 2 GPUs. In iRender, we have two servers that are most fitted for the Studio version: Server 4P (2xRTX3090) & Server 4S (2xRTX4090). Moreover, our GPU server 4P also has NVLink Bridge if users want to have more Ram capacity. 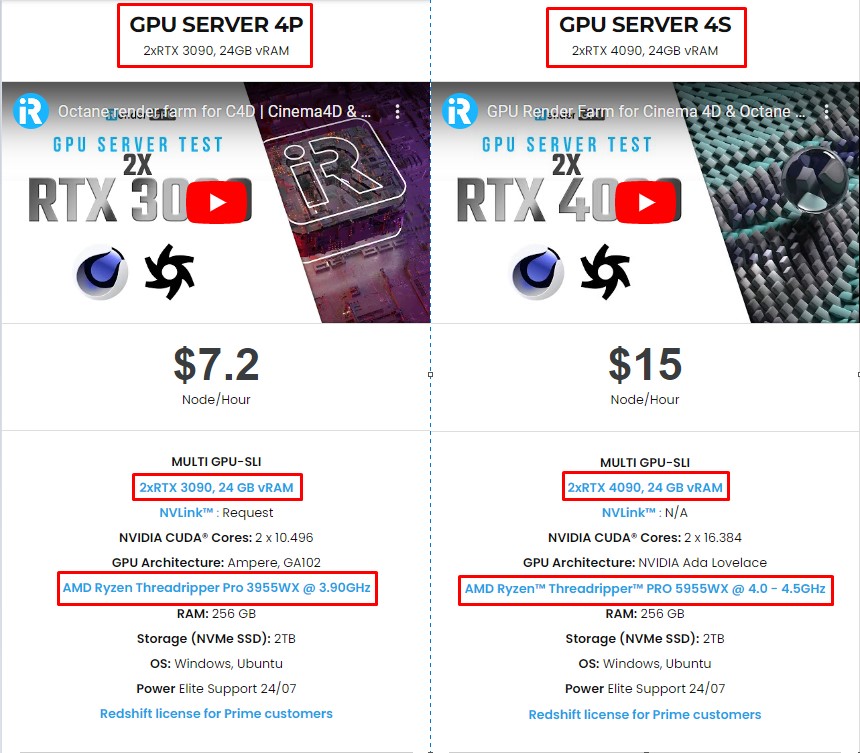 Unlike OctaneStudio, Enterprise version can utilize unlimited number of GPUs.  iRender takes power from NVIDIA RTX 3090 & RTX 4090, our servers vary from 2 to 4/6/8 xRTX3090 and dual RTX4090, based on the need and budget, customers can choose which server they would like to use on Octane. Let’s wait for more of our multiple RTX4090 servers soon.

The last of our hardware recommendations for OctaneRender is Memory & Storage. While the exact amount of RAM you need is going to depend on your particular projects, for OctaneRender (and GPU rendering in general) we generally recommend 24 – 32GB at minimum – and often a bit more. If you are using a 3D modeling program like Cinema 4D, Maya, or 3ds Max then the complexity of your scene will impact how much system memory that software needs.

With the storage, we recommend you use SSDs for the primary drive that will host your OS and the installation of Octane renderer and other software. The SSDs have high speed and boot your system to be faster. However, the price of SSDs is much higher than HDDs, so you can use one SSDs for the main and one HDD for data storage. If you don’t care about price, that’s great when you can use SSDs both at the same time or larger SSD capacity.

We have developed multiple RTX 3090 server packages that are specifically configured and optimized for GPU rendering. With a range of GPU servers from a single RTX 3090 to multiple 2/4/6/8 x RTX 3090 and dual RTX 4090, you can choose a server that meets your needs and your software to start the rendering process. All information on the server configuration is publicly posted on our website. You can know exactly what the server specification contains, the type of CPU and GPU it has, and its cost as well. 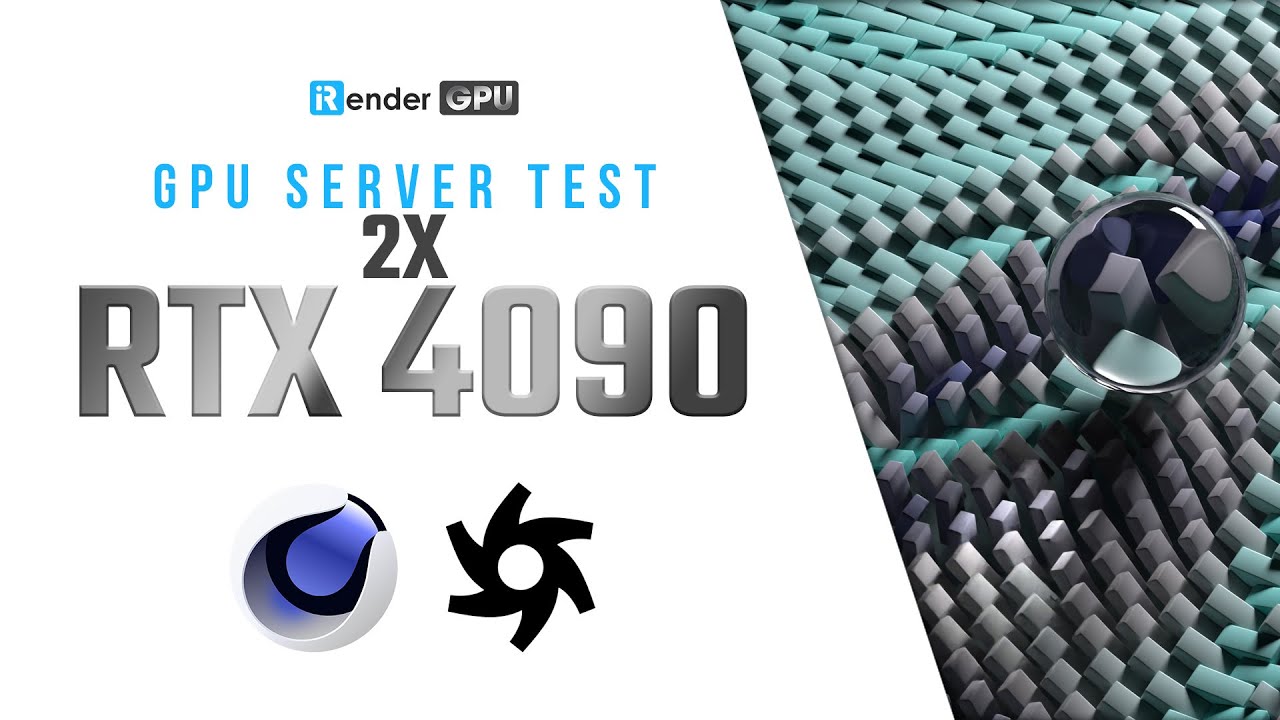 Let’s enjoy working on our RTX 3090 and RTX 4090 beast machine with the provided licenses.  Moreover, we are running a SPECIAL OFFER: 20% Additional Bonus for new users who register an account and make a top-up within 24 hours after registration.

In sum, with our hardware recommendations for OctaneRender and our powerful solution for Redshift render, iRender hopes you can find out the best choice. If you have any questions, please do not hesitate to reach us via Whatsapp: +(84) 972755742. Register an ACCOUNT today and get FREE COUPON to experience our service. Or contact us via WhatsApp:  +(84) 972755742 for advice and support.