Two of the well-known 3D software that artists and studios rely on are Side FX Houdini and Cinema 4D. Each of them has different things to offer, which makes each one of them good in a specific field. The Motion Design world is pretty familiar with Cinema 4D and its potential to create great 3D projects incredibly fast. On the other hand, Houdini is often viewed as a mysterious and elusive application, with powers that can only be utilized by technical wizards and Python nerds. Cinema 4D is a very well-rounded application, particularly for design-focused projects. C4D is really fast to get up and running, allowing users to be productive and efficient on each project. As a result, Cinema 4D is a great choice for designing style frames, projects with quick turnaround times, and render styles that range from very graphic to photo-realistic. In today’s blog, we will explore the advantages and disadvantages of Houdini and C4D in each of the different areas. Here is an overview of what these two professional 3d software are capable of, and how they are used across different 3d computer graphics industries: 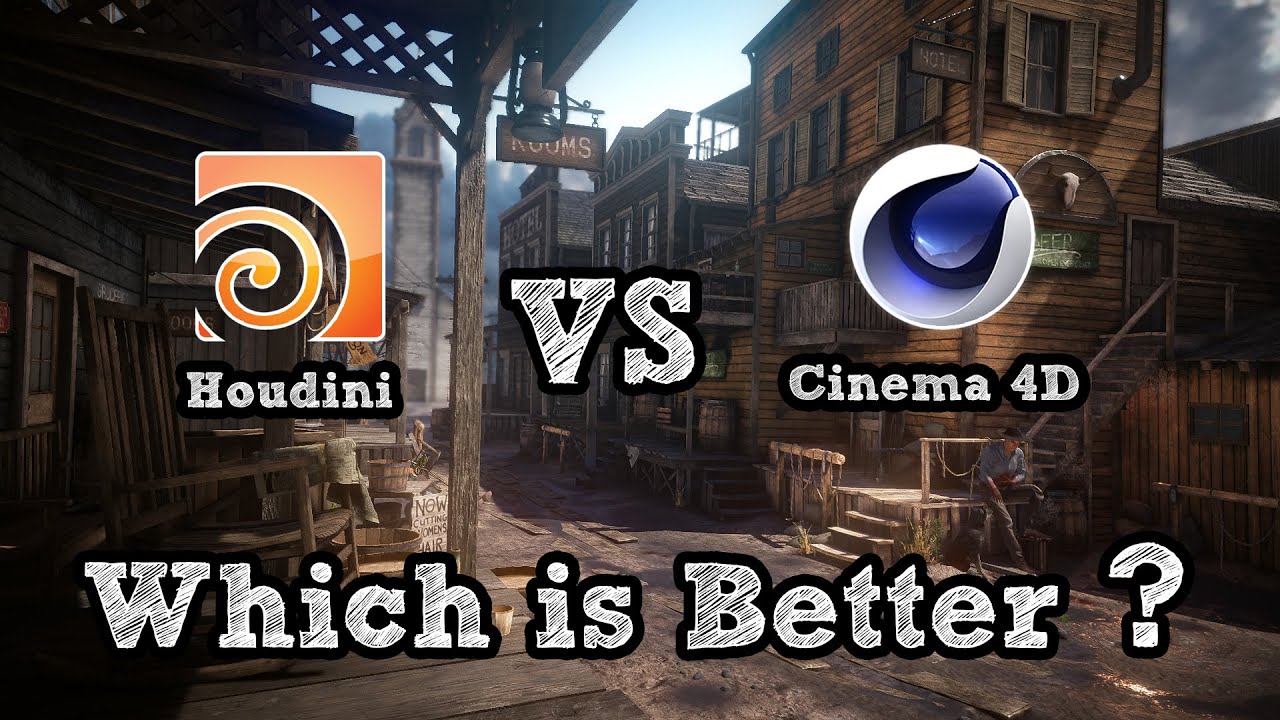 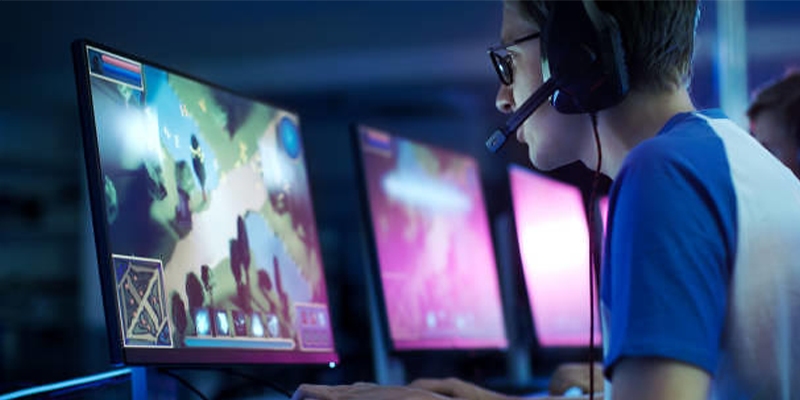 Game Development is hard - What does it take to make a game?﻿ Source: thegamingeek.com

In the game development industry, Sidefx Houdini has become a very important tool that helps both AAA and indie video game studios to work on their projects because it offers amazing tools for both Modeling and Visual effects.

It is being used to create large-scale video game environments in record times, relying on less manpower, which led many studios to integrate it in their pipelines and creating custom tools around it. Therefore, their artists can work even faster depending on the type of projects they are working on. So far, Houdini has been used to work on some of the best video game titles like Farcry 5, Horizon Zero Dawn, Uncharted 4, Ghost Recon, and much more.

Cinema 4D, on the other hand, is not popular in the video game industry. Even though it is capable of working on 3D assets, creating environments, character animation, and the things necessary for 3d game artists. 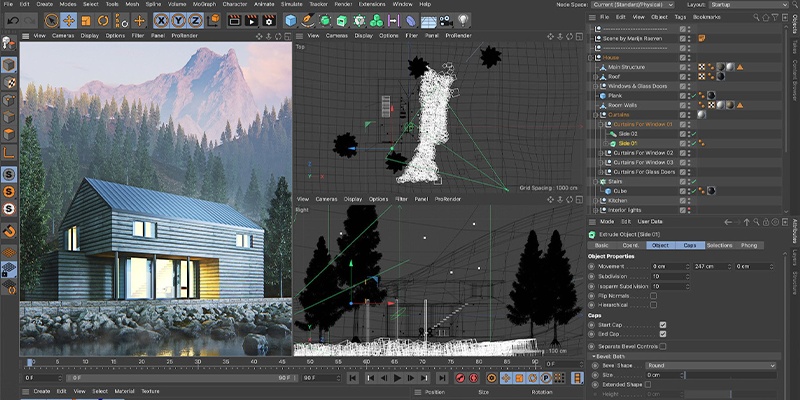 There are plenty of examples that prove that Cinema 4D can be good for working on video games, but it is not popular in this industry for multiple reasons like, the fact that Maxon the company behind Cinema 4D has not pushed its marketing towards games. For example, in Maxon events, it is mainly featuring Motion Graphics and Visualization. In addition to that, studios don’t change their software and pipelines unless there is a very good reason to do so. Honestly, Cinema 4D does not offer more than 3Ds max or Maya in this field.

So, when it comes to making video games, Cinema 4D is good if you want to work on your own video games as an indie developer, but Houdini is good for both, whether it be indie game development or joining the AAA industry. 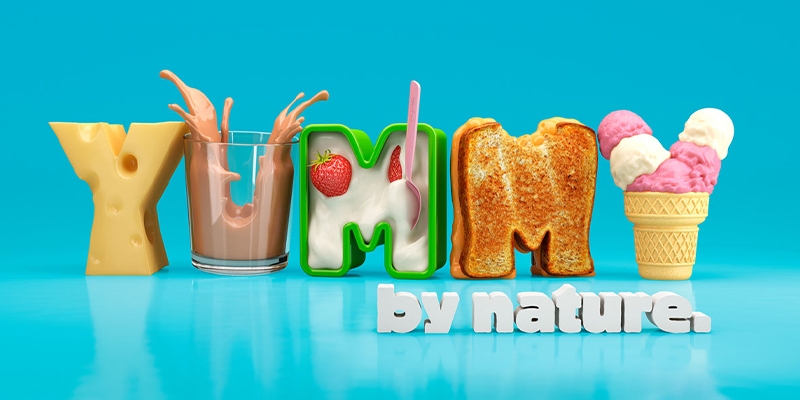 When it comes to working on TV commercials or advertising in general, Cinema 4D is a very good option, if not the best option among most 3D packages. Over the years, Cinema 4D attracts many artists and studios that need good tools for this type of work because it has a robust toolset of Motion Graphics tools, which is often essential for creating commercials.

Houdini, also can be fantastic for creating TV commercials, especially, when it comes to high-end commercials, where there is a need to create realistic natural environments.

Generally speaking, Cinema 4D is better and widely used for creating commercials because it is easier and equipped with tools specially developed for artists working in this industry. 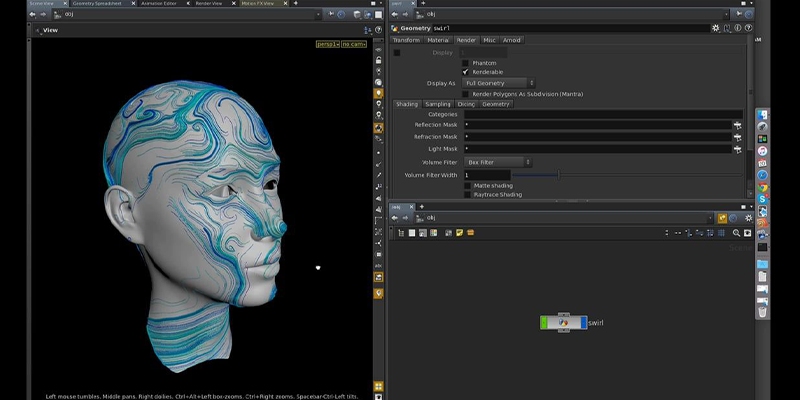 In terms of VFX SideFx, Houdini is used by some of the VFX studios to work on all different types of projects, especially big-budget projects because it was designed to be very good at this type of work.

FX studios are transitioning to using SideFX’s Houdini in their post-production houses because of its versatility, power, and its impressive jaw-dropping level of quality. A major benefit of Houdini is the built-in procedural generation for VFX. Everything from destructions and deformations, to hair, ice crystals, waves, bubbles, fire, and more – can all be procedurally generated inside of Houdini. One of the reasons why Houdini is attractive to VFX artists and studios is its ability to achieve high levels of flexibility and control to enhance both creativity and productivity.

Cinema 4D also has its place in the industry because it was used to work on some of the best films we have seen in recent years. Also, it is popular among small VFX studios and freelance VFX artists. But I would say, it is more used in the VFX industry to achieve high-quality motion graphics effects in films such as Iron Man, Tron Legacy, Pacific Rim, and so on. 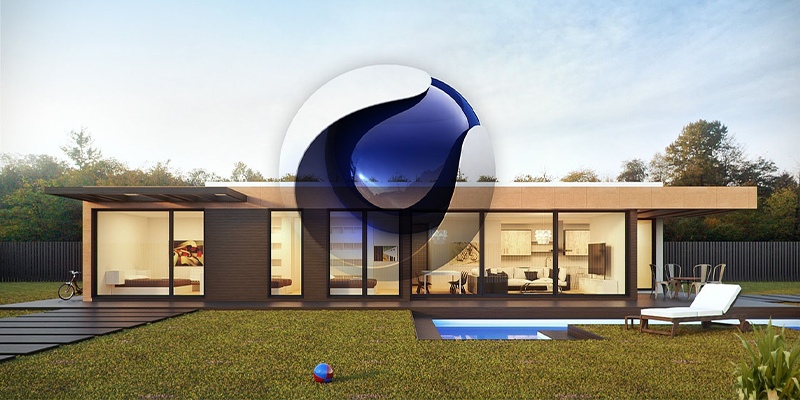 Cinema 4D has become popular among artists who do architectural visualization because it has good modeling tools, and there are many render engines that can be integrated with it, which gives you more options to choose from. also, what makes Cinema 4D good for archviz is the fact that its modeling tools can help with some of the difficult tasks without necessarily needing too many plugins, even though, there are fantastic plugins that can be very helpful.

Houdini, on the other hand, is not popular among architectural visualization artists because this type of work does not need a high degree of complexity or advanced tools. 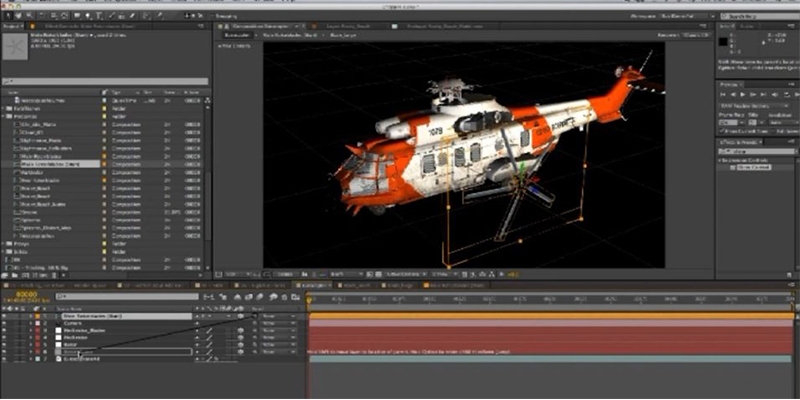 When it comes to ease of use or doing things on the go, Cinema 4D stands out because it is known as one of the easiest 3D packages to learn and to use. Pretty much all the tools you need to use are clear and easy to find. It is just a matter of finding good tutorials or courses to learn from that can push you in the right direction to start using the software on your own.

Houdini, on the other hand, offers a lot of depth, functionality, and flexibility. To be honest, Houdini is considered to be the hardest 3D packages to learn and use because its workflow highly depends on using nodes and coding. But as you gain more experience using it, you will know your way around many things and you will be able to save time because Houdini is designed to work procedurally to automate time-consuming tasks in addition to having the ability to change whatever you want even after a long period of time which also allows you to save time and effort. 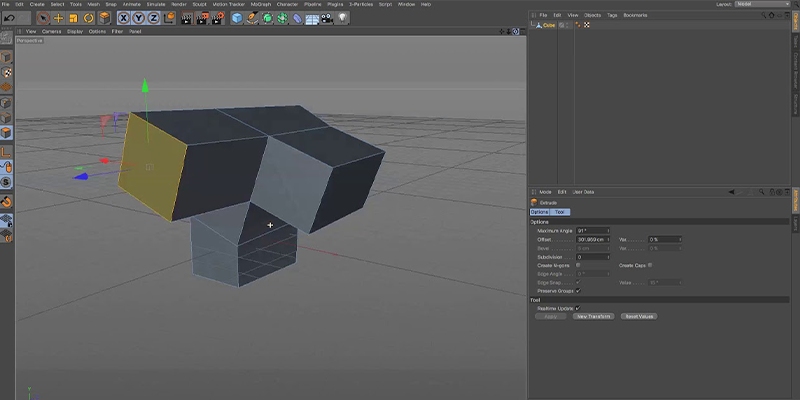 In terms of modeling, Cinema 4D is easy to use and very straightforward. It has a more traditional modeling interface and approach to modeling. The user can do the modeling using primitives and models using points, edges and Polygons. There are also deformers to change the shape of your models, and Generators.

On the other hand, Houdini is also good at modeling but it is not the most straightforward modeling software because it is highly procedural, but it allows for rapid creation of complex objects based on geometric shapes. It also allows you to rapidly change minor details that are frequently repeated. Many artists don’t really use Houdini as a primary modeling program, but it is powerful when it comes to modeling large-scale environments. So, for modeling, both are great, but they can be useful for different purposes. 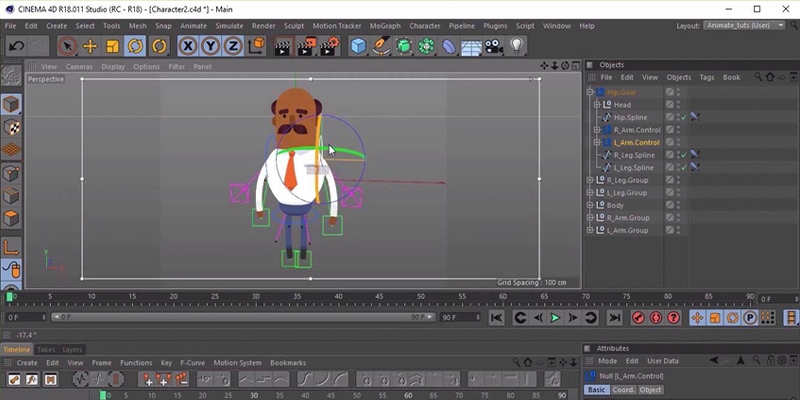 Cinema 4D is also a very good 3D software for rigging and character animation, even though, it is not very popular among professional animators like Maya, for example. But Maxon is, slowly but surely, making it better by providing better rigging and animation tools. 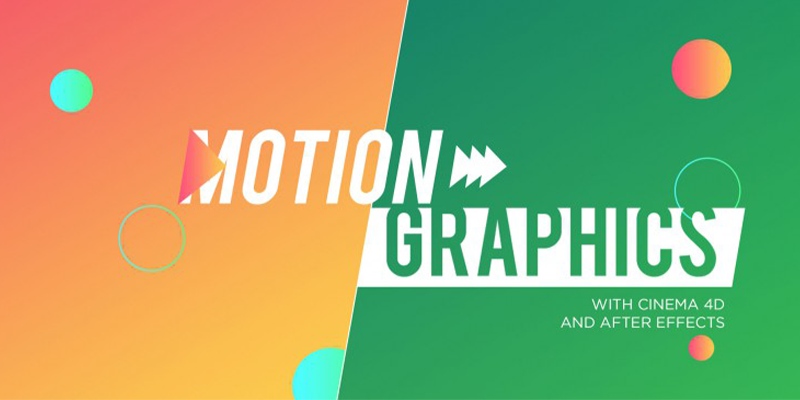 Cinema 4D offers an excellent, intuitive workflow for creating and developing outstanding motion graphics, including start-to-finish integration with Adobe Photoshop, Illustrator, and After Effects. Cinema 4D is known to be the go-to 3D software for motion graphics work because, Maxon, the Developers of Cinema 4D made sure to create a fantastic and robust toolset that helps motion graphics artists to generate amazing results using different powerful and easy to use tools.

Houdini, can also be very good for motion graphics because of its procedural nature. You can use its great tools to create various types of elements that can be used for motion graphics. Houdini, can do pretty much anything that Cinema 4D can do, and it offers limitless possibilities and high degrees of flexibility in this type of work, but again, it is not going to be, as easy or as straightforward, as Cinema 4D is. 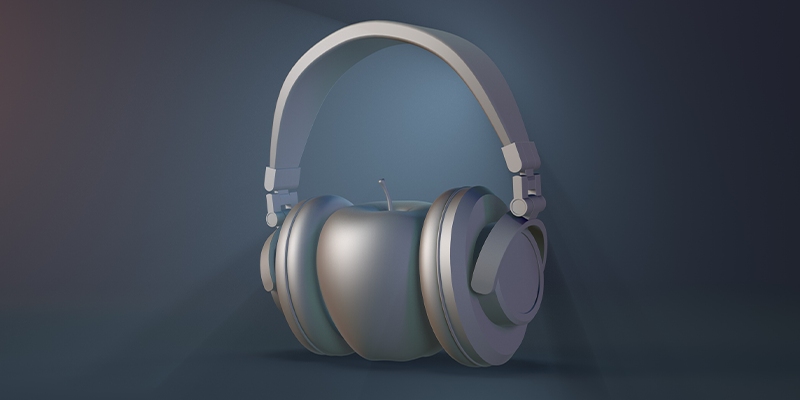 When it comes to rendering, there are some built-in renderers for Cinema 4D. Namely, Physical Renderer and Pro-Render. Both are decent enough, but given how the technology has advanced in the last few years they are probably not the best option to stay on top of your game. Now, Cinema 4D comes with Redshift which was developed by Maxon last years. Redshift is one of the Best render engines you will ever use with Cinema 4D, it a super-fast and efficient render engine. There are also other powerful render engines that can be used with Cinema 4D such as Vray, Octane, and Arnold, they are great and can be good for different projects.

When it comes to lighting and rendering, Houdini ships with the powerful rendering engine Mantra, but also supports 3rd party rendering engines that offer options for artists or studios that don’t want to use Mantra. Also, Sidefx introduced recently Solaris, which brings a new context called LOPS, or lighting operators, that brings native USD support to Houdini to allow for comprehensive lookdev, layout, and lighting workflows, in addition to the new render engine called Karma, which could potentially replace Mantra in the future. 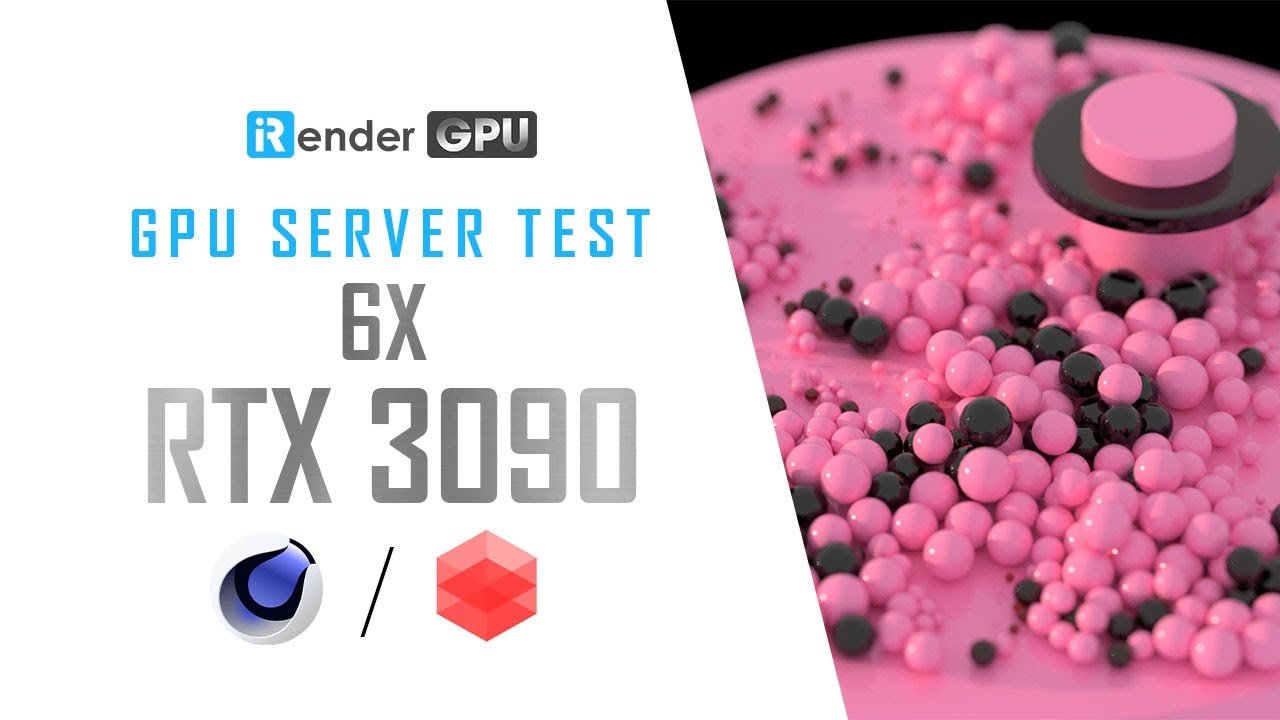 Both programs can create beautiful renders. We hope this overview will help you choose a suitable but high computing configuration for Houdini or Cinema 4D. At iRender, we try our best everyday to offer the best thing to our beloved customers. What you get is more than rendering to create the final product. You receive a new technology solution, a good service, high security, features and softwares, and other utilities to help you save costs and time, reduce stress while working and most importantly, it breaks the creative limits of many technology “artists” nowaday.

If you have any questions, please do not hesitate to reach us via Whatsapp: +(84) 916017116. Register an ACCOUNT today and get FREE COUPON to experience our service. Or contact us for advice and support.