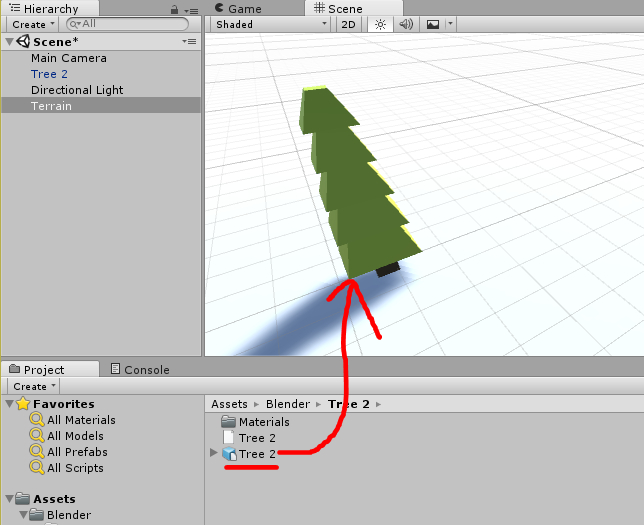 In an ideal world, exporting models from Blender into Unity for your 3D or virtual reality games should be a seamless, simple process. To be more precise, it shouldn’t require any thought or whatsoever. You drag and drop a .blend file into Unity and the model shows up! In Blog’s Today, we will explore how to import Blender Models into Unity.

Unity is a cross-platform game engine. Since its release in 2005, the software has focused on making it possible for everyone to create video games, regardless of technical know-how or budget. Some even say that the last decade’s boom of independent artistic games is partially due to Unity. It can be used to create 2D, 3D, virtual reality (VR), and augmented reality (AR) games as well as simulations and other experiences. It’s a powerful engine that has been adopted by many professional fields outside the gaming industry, such as architecture, engineering, and the film industry. An extremely popular open-source tool, Blender is used for 3D modeling, animation, rendering, sculpting, visual effects, and more. Being so popular, Blender files are commonly used for game creation, and this is why some find it useful to exchange files from this platform into Unity. Although it can be quite painless to import Blender files to Unity, there are a few very important details that can make life much easier when doing so.

Importing a Blender file to Unity can be as simple as drag and drop. There are two formats that Unity can deal with in regards to Blender: native Blender files (.blend) and FBX. While both options would work just fine, they have their own pros and cons. There’s no definitive right choice here; it all comes down to the user’s workflow and their preferences. When a Blender file is imported into Unity, it will call Blender’s export scripts to automatically create an FBX file before actually being imported. For multiple models in a single Blender file, it’s probably easier to export each one as an FBX file and then import them one at a time. With one model per file, importing the Blender file directly should be just fine. Just keep in mind that, once imported, a native Blender file will change whenever the original is modified in Blender. If you don’t want to risk it, perhaps importing an FBX file is the better choice, as the changes to the original Blender file won’t spread into Unity. 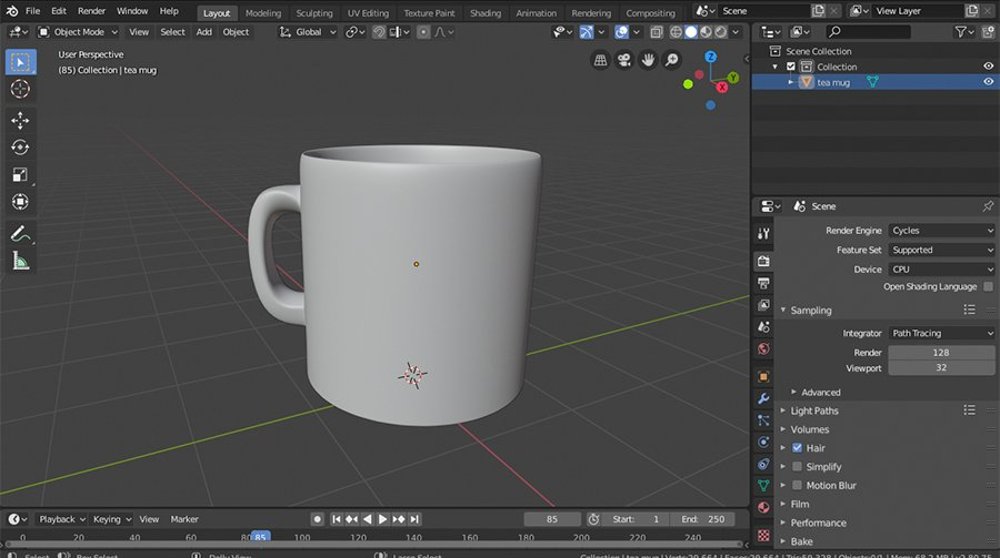 A 3D model in Blender (Source: Lucas Carolo via All3DP)

In order to make the file exchange as painless as possible, we should first address some compatibility issues between these two software programs. There are some inconsistencies between the coordinate systems of Blender and Unity. The X-, Y-, and Z-axes don’t match (right-handed vs. left-handed coordinate systems), and the origins aren’t accurately imported. The model’s scale is also changed by default during importation.

Follow these steps to properly prepare the model for Unity:

Setting all rotation to zero and scaling to 1.0 (Source: Lucas Carolo via All3DP)

Once that’s done, let’s make sure the origin is in a useful position. The following steps aren’t mandatory, but they can really save time once the model is imported to Unity, especially when importing multiple times: 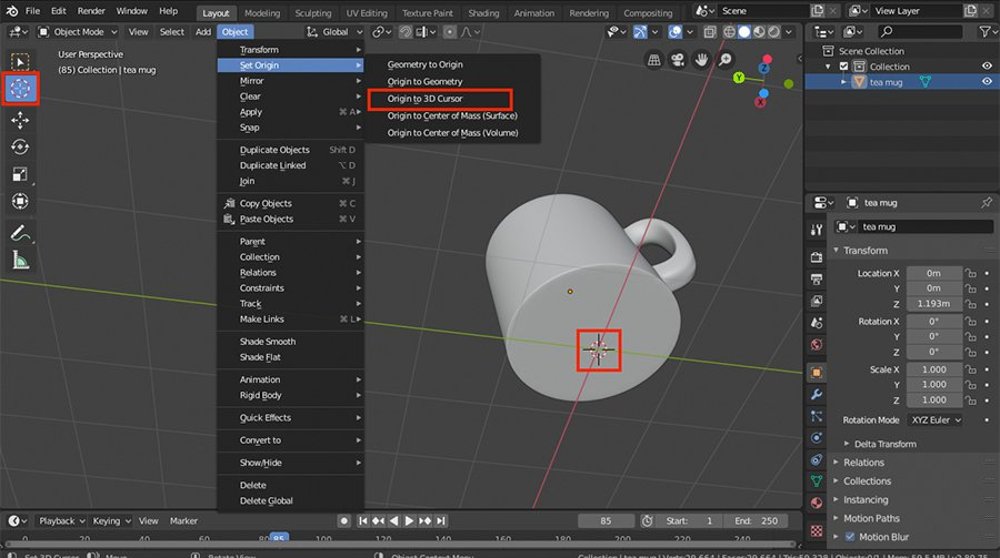 Next, we’ll make sure all the model’s normals are pointing outwards, as some surfaces might be invisible in Unity if they aren’t oriented accordingly: 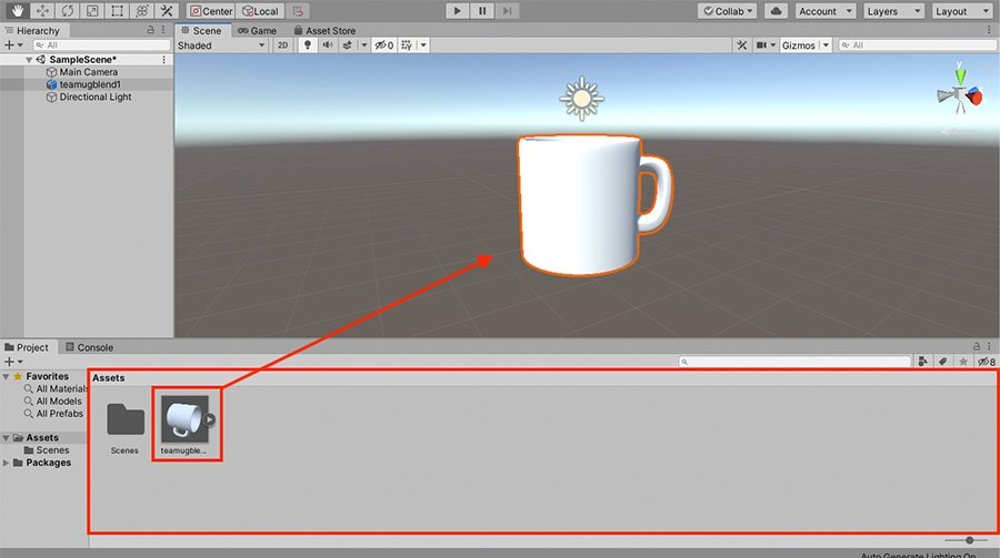 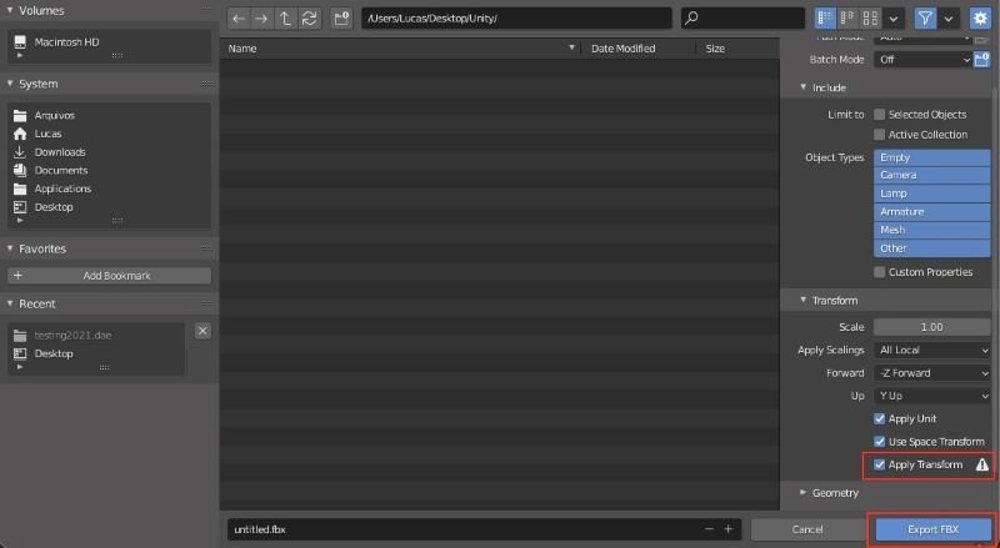 Exporting a file to FBX in Blender (Source: Lucas Carolo via All3DP)

For this, we first need to export the model to an FBX format from Blender:

iRender is a Professional GPU-Acceleration Cloud Rendering Service provider in HPC optimization for rendering tasks, CGI, VFX with over 20.000 customers and being appreciated in many global rankings ( e.g: CGDirector, Lumion Official, Radarrender, InspirationTuts CAD, All3DP). We are proud that we are one of the few render farms that support all software and all versions. Users will remotely connect to our server, install their software only one time and easily do any intensive tasks like using their local computers. Blender users can easily choose their machine configuration from recommended system requirements to high-end options, which suit all your project demands and will speed up your rendering process many times.

SPECIAL OFFER for this November: Get 50% BONUS for all newly registered users. 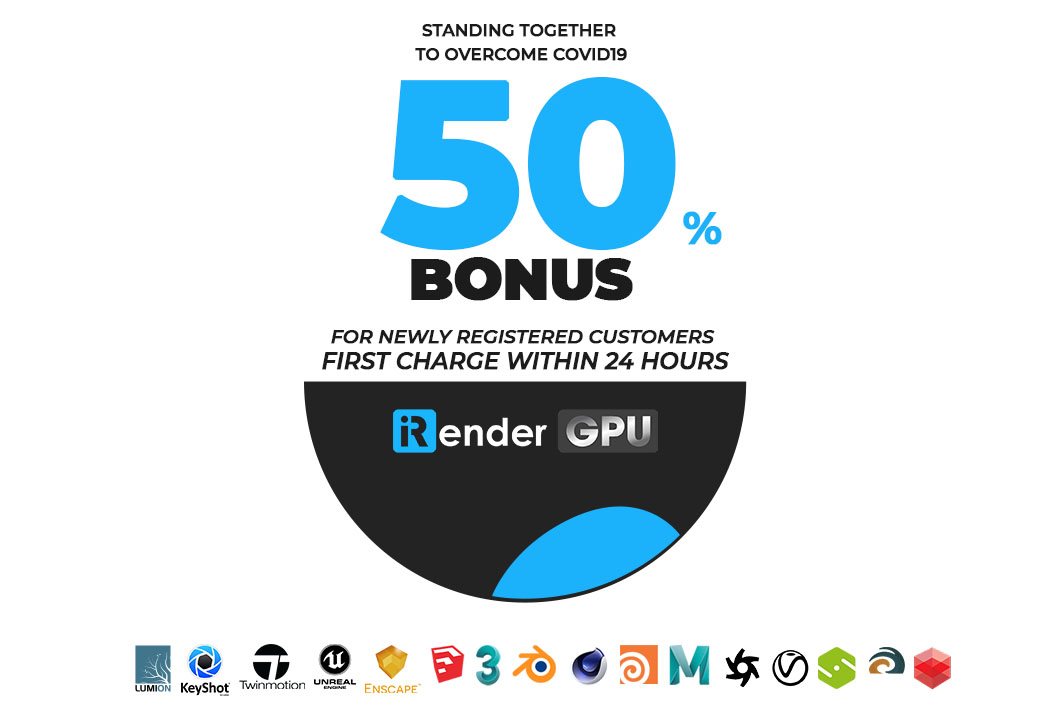 In terms of post-production or video effects, camera tracking is the process of recreating the camera path taken by the…

For some reason, Blender encounters an error and suddenly has to close, but you haven’t saved your progress before it…

In this article, we’ll go over the hardware and software requirements for using Blender, including both the absolute minimum specs…