Today I will continue sharing my series articles to read on the topic of render engines for Blender with the central question that drives my work, “Which is the fastest for this software?” To find the answer, iRender will bring you deep knowledge about one of these engines well known for speed: E-cycles. 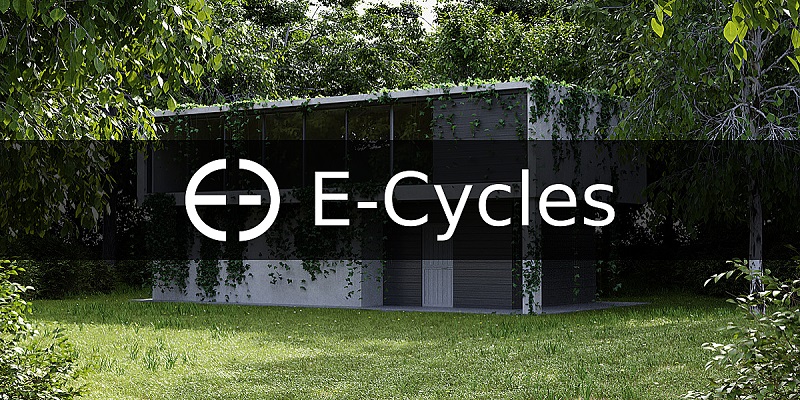 As you might know, EEVEE has real-time rendering capabilities that save you a lot of time in post-production. That is also the reason that many people choose it instead of Cycles for their projects. Cycles is very flexible and brings great realism to the project but many designers really do not have much time, so if ever use Cycles, then it will be E-Cycles. Developer Mathieu Menuet has released E-Cycles as a new solution to its predecessor, the accelerated version of Cycle render engine which he claims is the fastest and easiest photorealistic renderer for Blender. EEVEE might be good enough for some jobs, but if you really want to go professional, you will need E-Cycles.

It is undoubted that one of the greatest benefits is its fast speed, and that is exactly what I want to discuss in this article. The developer has other arguments than me about the benefit of speed. To every designer, time is money. To his argument, users save money by taking advantage of their graphics card. Both make sense.

Thanks to code optimizations, rendering with NVidia GPUs and E-Cycles is equivalent to doubling the number of GPUs in your machine, on average 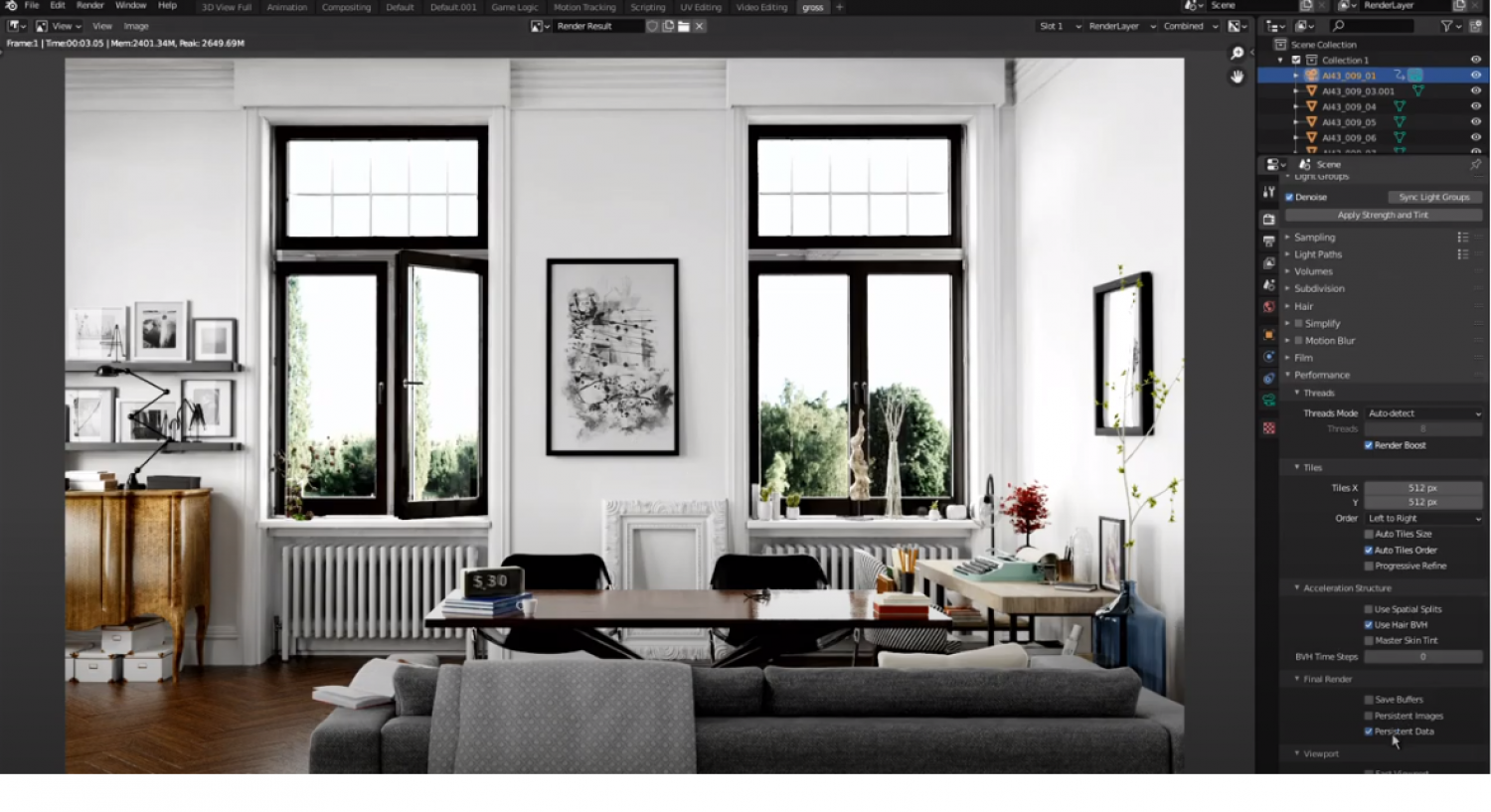 But it doesn’t stop there. Thanks to a new option called “Persistent Data“, for fly-through animations where only the camera moves, E-Cycles only needs to do the pre-processing step once for all frames. In the example above, rendering takes just 3 seconds per frame on a single GPU. In this case, the persistent data option saves 7 seconds of pre-processing per frame.

I am quite certain that the most interesting feature with Blender users is light-groups. Easy usage, higher-quality render. All you have to do is put lights (or groups of lights) in collections so that you can adjust the strength of the ambient light.

When you tweak lights in the viewport, it will restart at 0 samples by default each time you change a parameter. But when using E-Cycles and light groups, you can tweak your lighting setup while the viewport continues to render, offering you very fast, high quality previews.

E-Cycles AI-Denoiser requires between 4 and 10 times less samples than other AI-based denoisers to get a similar level of quality. Using less samples for the same quality means a proportional speed increase for your renders – that’s on top of the ‘regular’ speed increase E-Cycles offers on NVidia cards. For comparable image quality, with both the regular speed increase and the new AI-Denoiser, you can get up to 25x faster rendering. And it’s a one click setup! 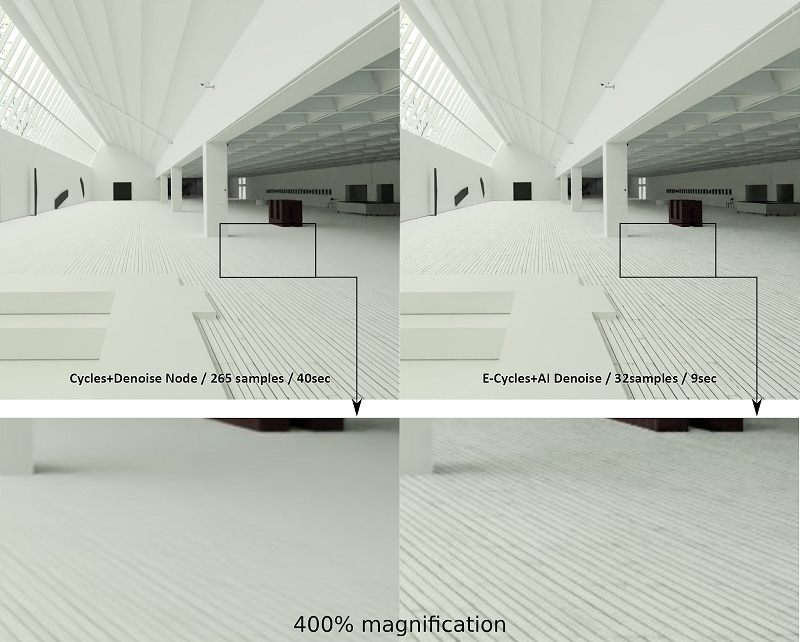 According to Menuet, CPU rendering using Open Shader Language is also faster than Cycles, however, in fact E-Cycles is mainly intended for GPU rendering.

It also works with AMD graphics cards running under OpenCL, although the speed boost is smaller: in Menuet’s tests, the standard scenes render 1.06x to 1.28x faster with a Radeon RX Vega 64. Our conclusion: E-Cycles renders much faster than the Blender master on a GeForce NVIDIA. Additionally, user’s results posted on Blender forum have proved that the speed boost varies from graphics card to graphics card. They suggest that the speed may be faster with more powerful or more recent GPUs of NVIDIA, for example: RTX 2080Ti, RTX 3070, RTX 3080, 3090. 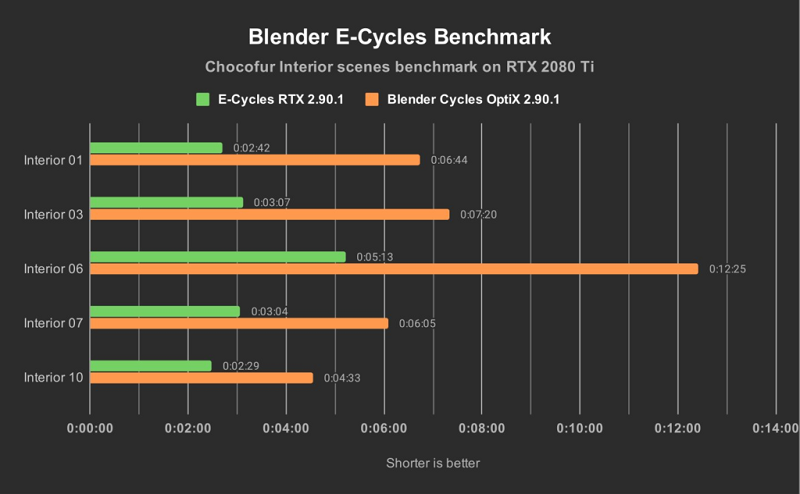 In Menuet’s tests with the standard Cycles benchmark scenes, E-Cycles renders 1.23x to 2.42x faster than the Blender master on a GeForce GTX 1080 Ti GPU, and even 3.0x faster on RTX 2080Ti GPU.

There are very few render farms that support E-cycles rendering because it is not a popular render engine like its predecessor Cycles. Perhaps the reason is that Cycles is free while you have to buy a license with E-cycles. However, we are proud that we support E-cycles very well. iRender provides you a personal cloud computer with powerful hardware (100% performance – no virtualization). That means you can render or do any intensive task even from a laptop so long as you have a stable internet connection.

As you can see, at iRender, we offer a specific Multi-GPUs server for designers with a passion for Cycles, E-cycles, Octane, Redshift and more,… with different configuration options depending on your usage needs. An important thing to consider while building a rig for GPU rendering, is that all the geometry and textures will be loaded into the GPU memory, so 6 GB GPU-memory is a minimum. And if you want 6x render power, you can use a server with 6 GPUs instead of buying many computers and lots of single licenses.

In addition to the hardware powerful enough for the rendering process that mentioned above, iRender is always up to date with the latest card models from NVIDIA like RTX 2080 Ti, RTX 3080, RTX 3090 with VRAM from 10GB to 24GB totally satisfying for software that utilizes the power from multi-cards. They are also integrated with NVlink technology to expand data bandwidth between GPU and CPU 5-12 times faster than PCI Express interface. It can be used as a large memory pool for the GPU to display large and complex scenes.

iRender has a great number of enthusiastic staff that are always ready to support you 24/7. Whenever you have trouble using our server, or even with your software, we – iRender Support Team are always there to help you solve your problem. We believe the quality of support we provide is as vital as the technology we deliver. We provide unmatched support tailored to your specific needs and goals. What E-Cycles users can get from iRender is not only the best quality products but also the high security and the most comfortable render time.

Last but not least, price is an extremely important factor for users. You can rest assured that your money is well spent because the cost at iRender is extremely competitive. Render more – Save more. You can save 20% if you need to use our server for a day, even save 40% for large projects when you need to use the server for a week. In addition, we always have attractive promotions to thank our beloved customers. SPEICAL OFFER for this June: Get 60% BONUS for all newly registered users. Let’s CHECK IT OUT! 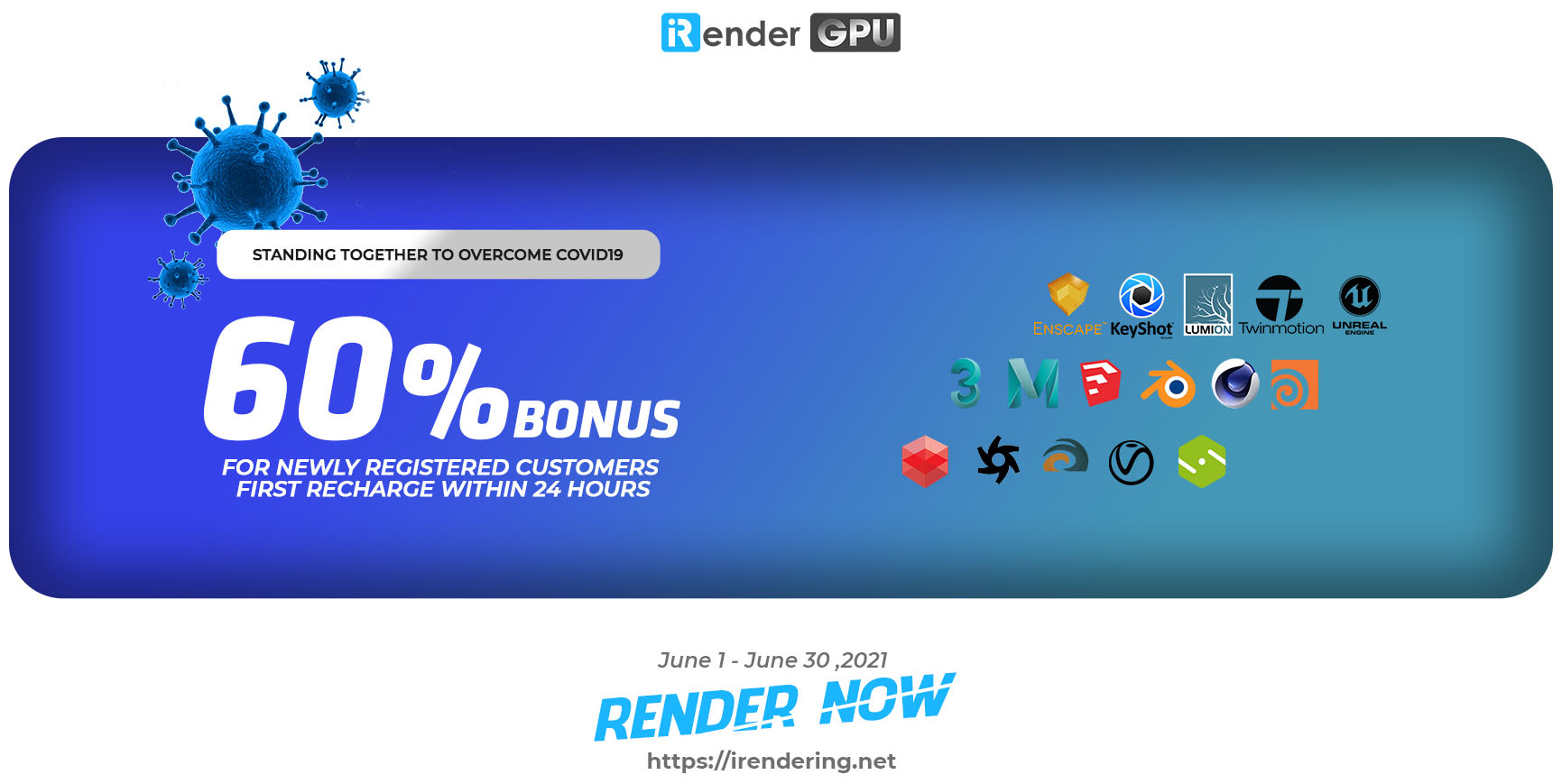