For today’s article, let’s explore baking, one of the great features of this renderer. It allows the rendering of AOVs onto texture maps using a specific UV channel. This can be useful in a variety of scenarios. One of these is “light mapping” where the user renders the diffuse lighting received by a particular object onto a texture and then re-uses the texture during animation rendering instead of having to compute the (potentially slow) diffuse lighting on each frame. 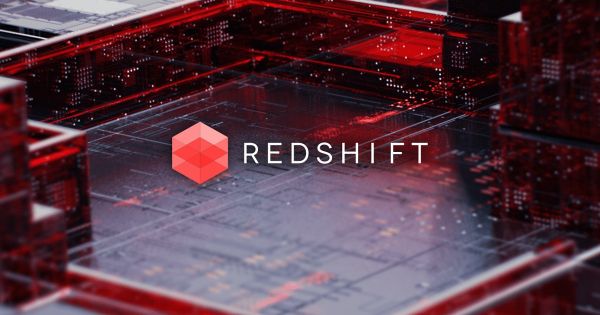 Baking can have both Pros and Cons. Firstly, let’s take a look at the advantage of it. Baking can help increase rendering performance. Besides, textures can be tweaked by an external image editing program or script for quality or look reasons.

However, this process Involves some setup effort. In addition, the quality of the baked results depends on the resolution of the texture. Extremely high resolution textures can take a long time to compute. Last but not least, when used for light mapping, changes to the lighting due to animated geometry and lights won’t be reflected on the baked texture.

The image below shows a simple light-mapped scene containing a couple of objects. Both the teapot and the floor are using a 512×512 baked TotalDiffuseLightingRaw AOV image. 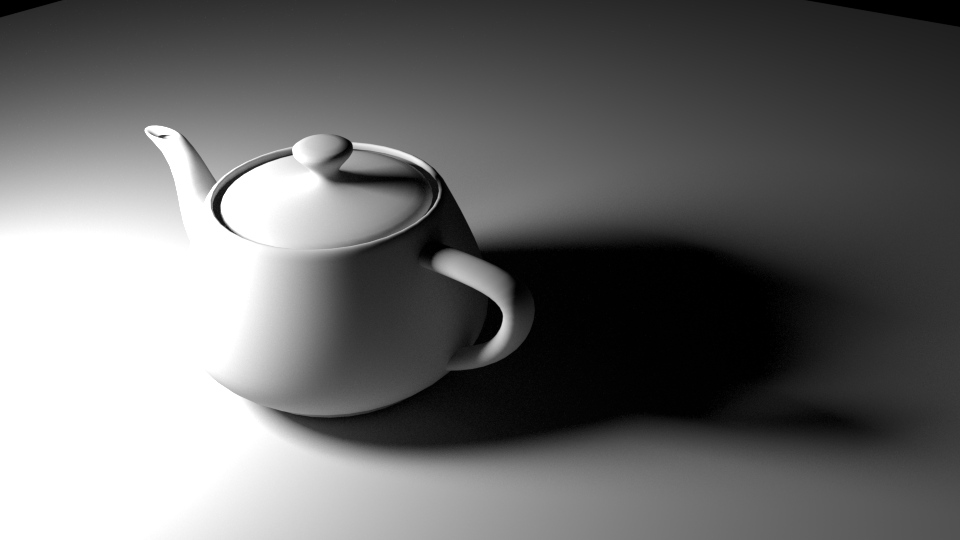 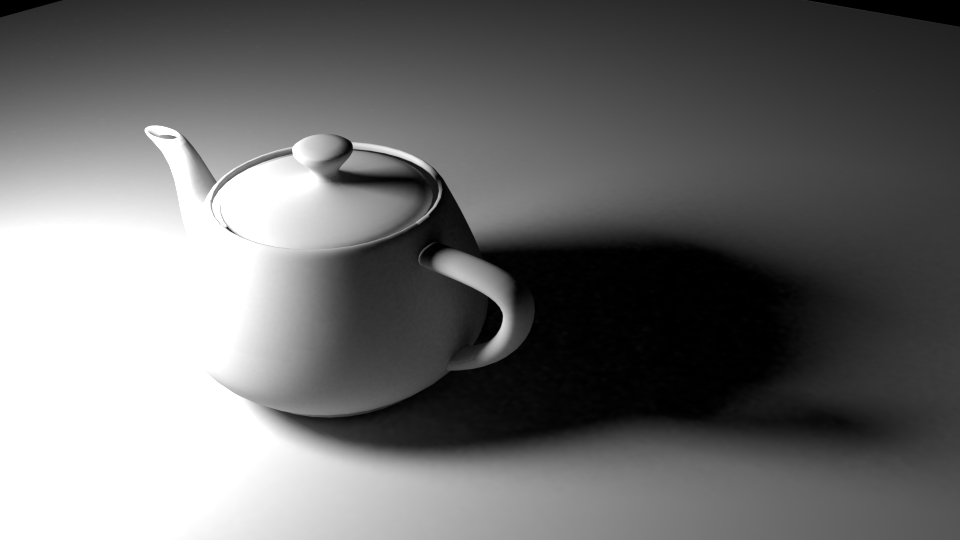 Modified shader graphs to use the lightmap textures. Rendered in 2 seconds. 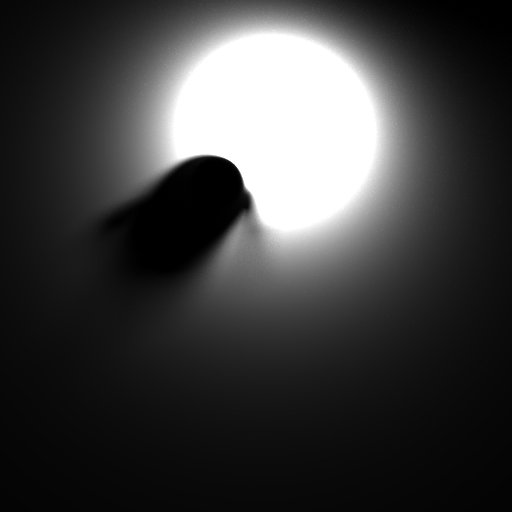 The floor's baked 512x512 image. Please note that the image appears darker because it's shown in linear space.

Redshift requires an appropriate UV channel to perform baking. In most 3d apps, there will be an “automatic UV” or “unwrap UV” option which will generate an appropriate UV layout for baking. Two important requirements for a baking UV channel is that the UVs should fit in the 0->1 UV range and the different parts of the object should not be overlapping in UV space. The unwrapped UVs generated by most 3d apps already satisfy these criteria.

Once we have our UV channel, one or more bake sets should be created and configured. Bake sets contain baking settings that can be applied to a single object or a group of objects. Each object in the group will get its own baked image.

Finally, Redshift’s AOV settings have to be configured to specify which AOVs we want baked. For example, if we wanted to bake diffuse lightmaps, we should use the “TotalDiffuseLightingRaw” AOV.

Redshift’s baking capabilities rely on the AOV system for rendering out the baked images. Setting up the AOVs for baking is identical to setting them up for a render (camera-based) render.

You can find general information on AOVs here and a short AOV tutorial here.

Redshift advises that users set up a separate render pass/layer (depending on their 3d app’s capabilities) to configure the AOVs used for baking, as these might differ to the AOVs required by your main render.

When configuring AOVs for baking, the user has to make a choice regarding the baked image filenames. Since all bake sets rely on the global AOV options (which include filenames), how can this work when the scene contains multiple objects? I.e. How do we prevent the baking of all objects in the scene from writing to the same image file? This depends on the 3d app.

Although being a great feature, the baking system currently doesn’t work with the following rendering features. First is Tessellation and displacement. If the baked geometry is tessellated or displaced, visual artifacts will appear on the baked image.Second is Point-based techniques such as point-based subsurface scattering, irradiance cache and the irradiance point cloud don’t work in conjunction with baked renders. Photons (and, subsequently, caustics) do work. And Projection mapping is not currently supported. Finally, high-res to low-res texture baking is not currently supported.

Here are a few quick steps to generate baked lightmaps similar to the one shown above:

Hope that after this article, you can somehow understand more about baking in Redshift and can take advantage of it to create wonderful projects in the future.

One  great suggestion for you if you are looking for a Cloud Rendering Service to boost your project render time is go with us. Currently, iRender provides 3 types of multi-GPU-servers (6x GeForce RTX 2080 Ti / 6x RTX 3080/ 6x RTX 3090) which are the most effective for Redshift rendering in multi GPU cards coming with the following configuration specifications: 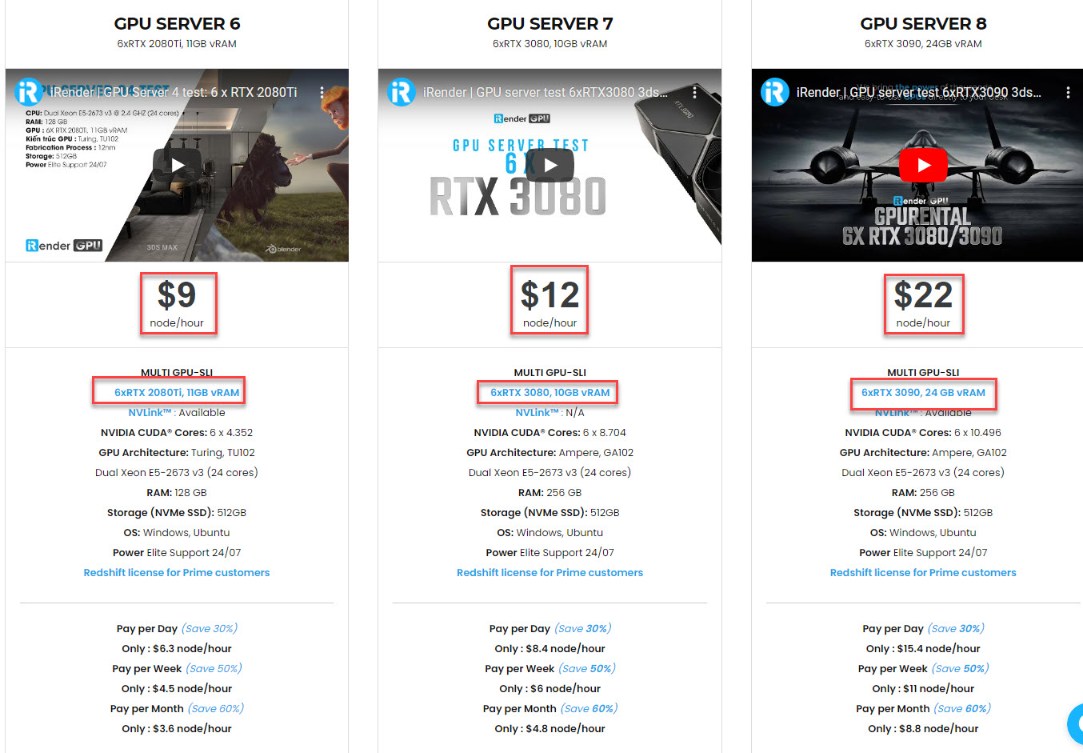 The servers’ configuration of iRender not only surpasses the minimum hardware requirements of Redshift, but it also exceeds the recommended requirements that Redshift published: 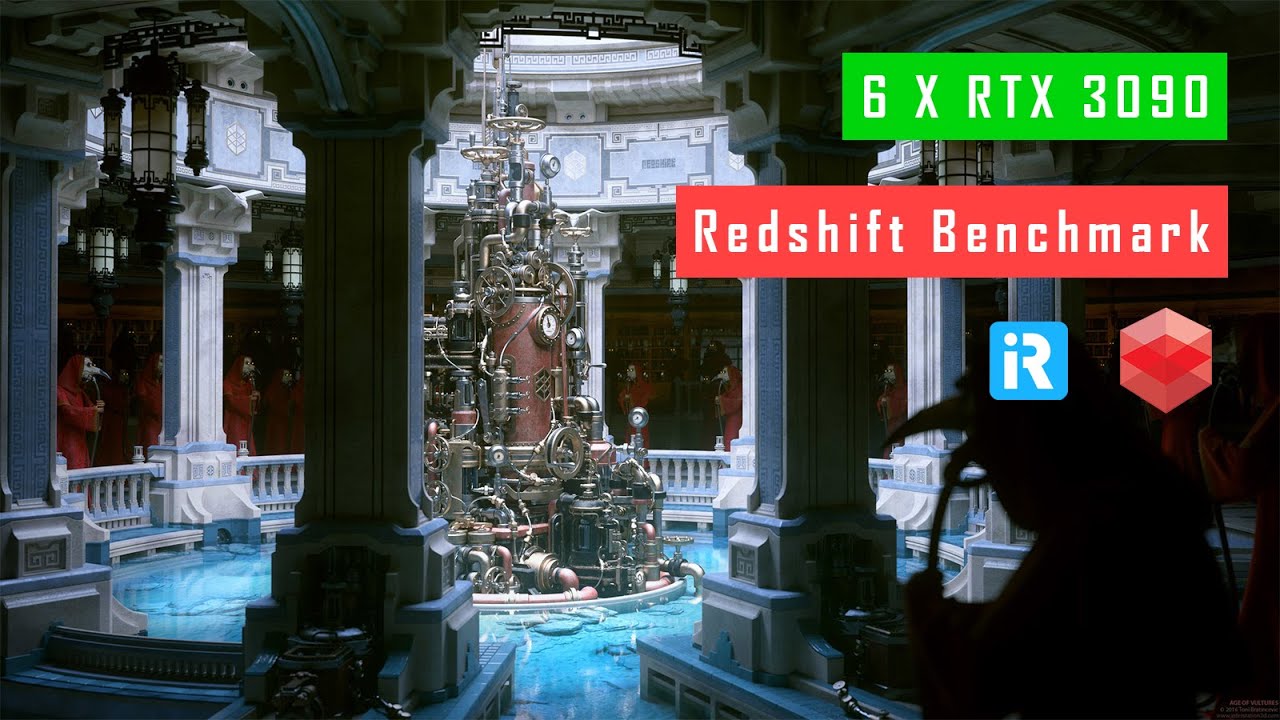 To sum up, using redshift to render your projects is fast, using iRender’s 6-card GPU servers is definitely a lot faster. These servers are the ultimate online solution for rendering allowing up to multiple, powerful 6x GeForce RTX 2080 Ti / 6x RTX 3080/ 6x RTX 3090 GPU. These servers are the premier solutions to maximize your advantage when you need it most – to win the project, to meet the impossible deadline, or pivot your visual direction with unparalleled speed. Depending on your budget and your time, let’s pick one server to experience a new level of rendering. Register an account RIGHT HERE to get a free coupon to test our service right away!

As demonstrated above, video card performance in Redshift scales very well as additional cards are added. It isn’t quite perfect,…

As we all know, Redshift features two modes for approaching its render settings, a streamlined Basic mode and a more…