Currently, there have been widespread and inconclusive discussions about a major upcoming rewrite of the software’s production renderer from the Blender. Unveiled on 23rd April by developers Brecht van Lommel and Sergey Sharybin, Cycles X is being announced to coincide with the renderer’s tenth anniversary. 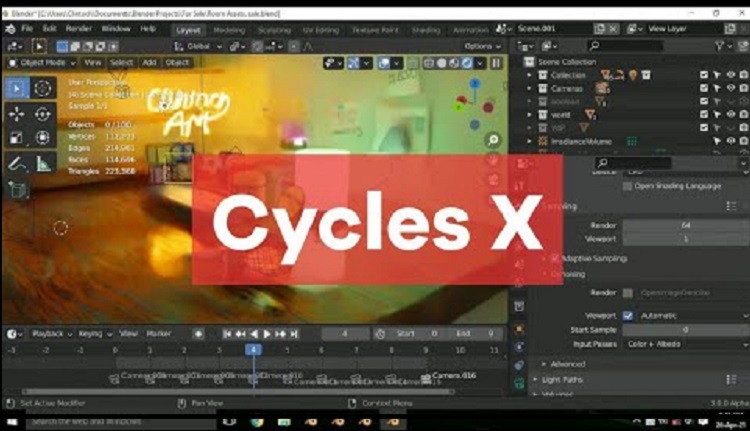 We all know that Cycles are a physically-based, integrated render engine, unbiased path tracing rendering solution for Blender. The main feature of Cycles is path tracing, which is an algorithmic process of rendering images by simulating how light is reflected on an object. This algorithm detects its light paths from the camera rather than from the light source, making Cycles a sort of “reverse” path detector.

Cycles is always well-known as a great realism tool and EEVEE (Blender’s newer-time renderer) with amazingly fast speeds. However, for final-quality output, Cycles is still most Blender users’ main tool for photorealistic rendering, particularly for VFX and architectural visualization. That’s also the reason why the developer announced a rewrite of Cycles with a new name: Cycles X in order to address “longstanding issues” with the renderer, to make it easier to support new hardware, and to add more advanced features for production rendering. Cycles X is favored by the Blender Foundation as “future proof it for the next 10 years“.

Performance is always what is expected most after every revision of the render engine. To be honest, though, CPU rendering hasn’t changed much in Cycles X. CPU rendering performance is approximately the same as before at this point, but the new architecture opens up new possibilities there as well. Most of Blender users know that Cycles does not have good caustics support. It technically isn’t in the engine, and really isn’t very possible without a major overhaul. Cycles’s glass shader is far less advanced and not really designed to even have caustics. Which is why people use replacement shaders all the time.

However, there is an innovation. The developers also plan “more advanced algorithms” for volume rendering, caustics, and for sampling scenes with large numbers of lights. The new architecture should also make it easier to implement light groups. Additionally, CPU rendering with Open Image Denoise (OIDN) denoising enabled – which previously made the viewport almost unresponsive – has been noticeably improved. 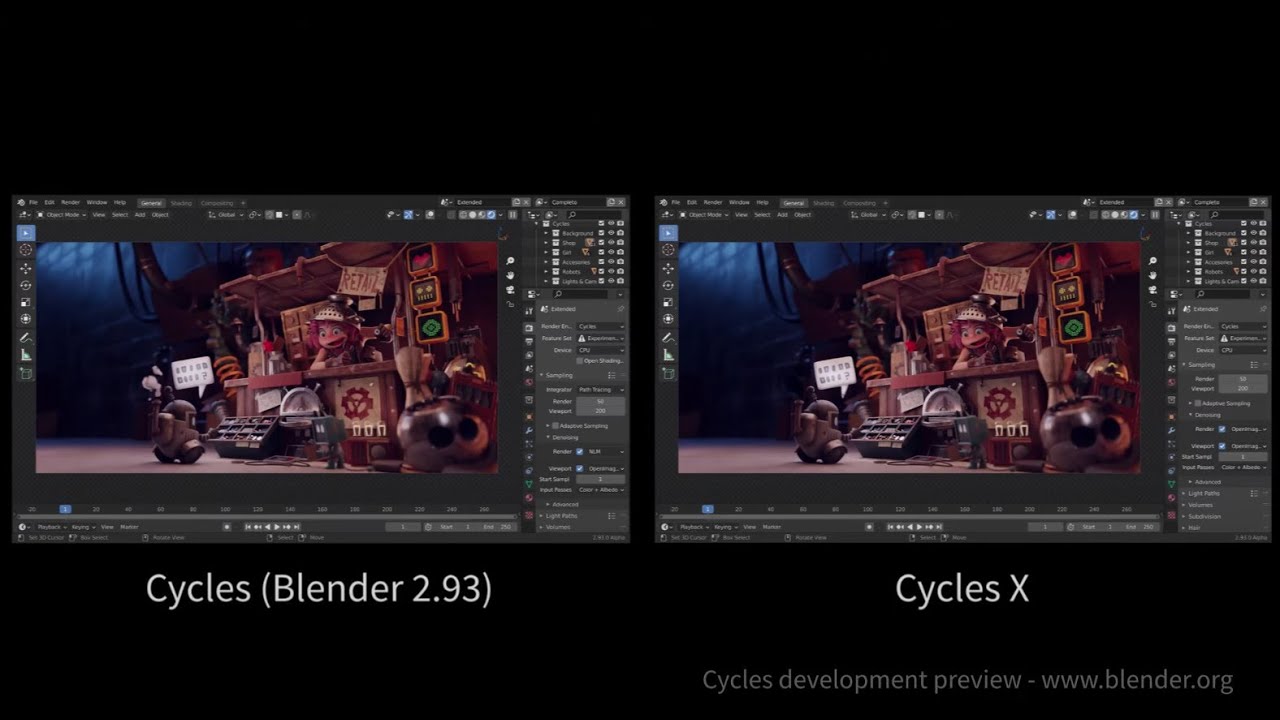 When selecting a processor for Blender, usually the two key factors to consider are frequency and the number of cores the processor has. With this in mind, an Intel Dual Xeon or Intel Core i9 solution will be the suitable processors to meet your CPU requirements. However, you must be careful as this Intel Core i9 does not have the capabilities to support more than 2x graphics cards at full speed on its own. This fact leads to the solid choice, Dual Xeon, if you are using Blender with Cycles. The two processors working together generally provide plenty of expandability capable of supporting multiple graphics cards.

The entire machine of iRender is equipped with CPU Dual Intel Xeon E5 2678 v3 belonging to socket 2011-3 and owning 24 cores 48 threads thanks to Hyper Threading technology. The basic clock speed is from 2.4Ghz and Turbo Boost up is 3.3Ghz (clock speed of all cores is 3.0 Ghz). The L3 cache is 30Mb, combined with the QuickPath Interconnect (QPI) feature that allows operation on systems that support multi-socket with high bandwidth. Therefore, when running Dual CPU Xeon E5 2678 v3 on a main chip set, it will increase the maximum performance especially for those who specialize in rendering.

Developers involved with Cycles X have been prototyping a new GPU kernel and early benchmarks of Cycles X with the NVIDIA OptiX back-end is looking very promising. In detail, , the standard Cycles-X benchmark scenes render is up to 7x faster than the existing version of Cycles on currently available Nvidia GPUs. The performance improvement over the Blender master branch varies from scene to scene – complex scenes, like interiors with a lot of bounced light will benefit most. 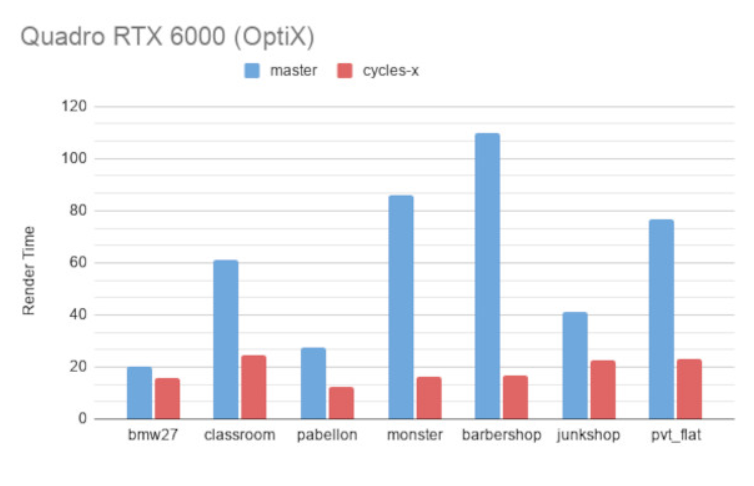 Unfortunately the OpenCL rendering kernels support is being removed. Dropping OpenCL support is sad news for AMD users and also the disadvantage of AMD Radeon and Intel GPUs. Besides, like its predecessor Cycles, GPU rendering is a solid choice for Cycles X: from single GPUs to multi GPUs. Based on the test results above, you must have seen that Cycles X combined with multi NVIDIA RTX cards will deliver a very impressive performance (up to 7x faster). In particular, the latest and best-selling names at NVIDIA will be the top priority choice to maximize the speed of Cycles X, including: RTX 2080Ti, RTX 3070, RTX 3070Ti, RTX 3080, RTX 3090, RTX A6000.

If you are travelling on a low budget, you can refer to the Single-GPU or Dual GPU server at iRender, and only 1/2x GeForce RTX 3090 (24GB VRAM) – the world’s fastest graphics card but also the world’s first to connect, create and watch video at 8K HDR – completely enough to optimize Cycles X. 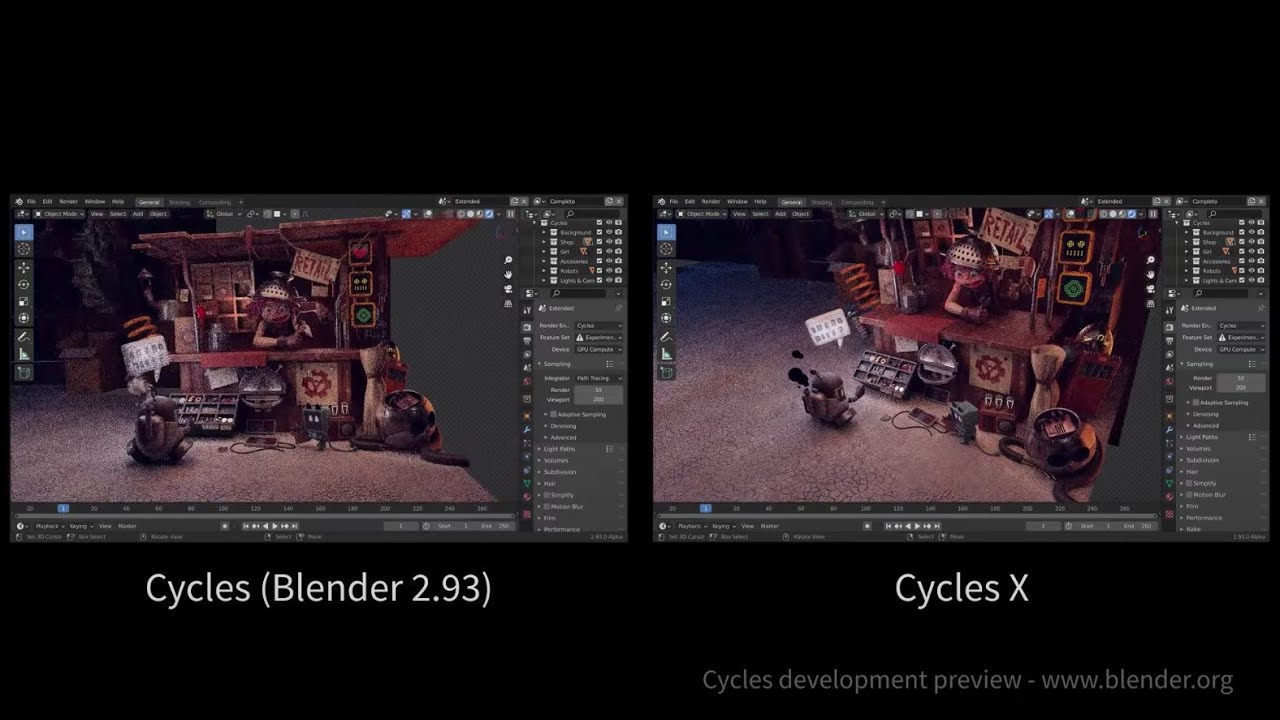 However, if you are on the budget, it is undoubted that using multiple graphic cards will maximize render performance. iRender offers not only single but multi-card configurations for you to choose with a diversity of latest cards from NVIDIA: RTX 2080 Ti, RTX 3080, RTX 3090 and definitely far beyond Blender’s recommended GPU requirement.

In other popular render farms, the rendering process will depend on the project distribution on render farm through Farm Manager – the supplier’s farm management tool. Farm Manager only supports render engines and the versions that it provides. And since Cycles-X does not have an official version yet (expected to launch on Blender 3.1 about 6 months later), you are unable to test its performance on the normal farms. In addition, you do not have the ability to choose the optimal PC configuration you want for Cycles X.

At iRender, we provide our customers with an extremely unique rendering solution. 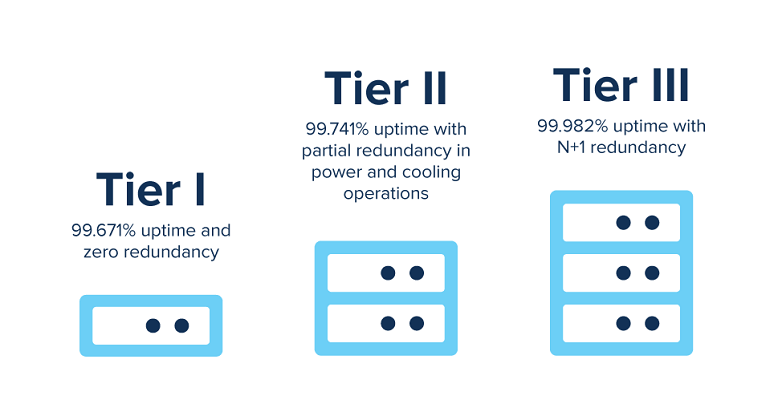 We offer physical machines – no virtualization with a specific Multi-GPUs server for designers using Redshift, Cycles, Octane, etc. You will install any software and render by whatever engine you want through Remote Desktop Application. Due to our Tier III standard Data Center, you are completely in control of your projects and test Cycles-X perfectly.

Normally, the cost is calculated according to the actual time you use the machine: from the time you connect our server to the moment the computer is shut down.  But you can always save up to 50% with our Fixed Rental feature. For those who are in need of a server more than a day, or have extremely large projects, we advise to choose a daily/ weekly/monthly rental . The discount is attractive (30% for daily and  50% for weekly and monthly rental).

Whether you are an iRender customer, or you are simply interested in our service, iRender has a great number of enthusiastic staff that are always ready to support you 24/7. Whenever you have trouble using our server, or even with your software, we -iRender Support Team are always there to help you solve your problem. We believe the quality of support we provide is as vital as the technology we deliver. We provide unmatched support tailored to your specific needs and goals. What CyclesX users can get from iRender is not only the best quality products but also the high security and the most comfortable render time.

The source code for Cycles X is about to be released publicly as a branch of Blender and this  work is independent of other Cycles dev projects. Besides, the developers estimate that there is around six months’ more development work before the updated render can be rolled out publicly, which they expect to happen in Blender 3.1. Temporarily Cycles X still has experimental build. (alpha and beta) for users to experience here. You can always use a high-spec machine to do a test with Cycles X at a very competitive cost at iRender: only from $3.8 to rent a supercomputer with the RTX 3090. 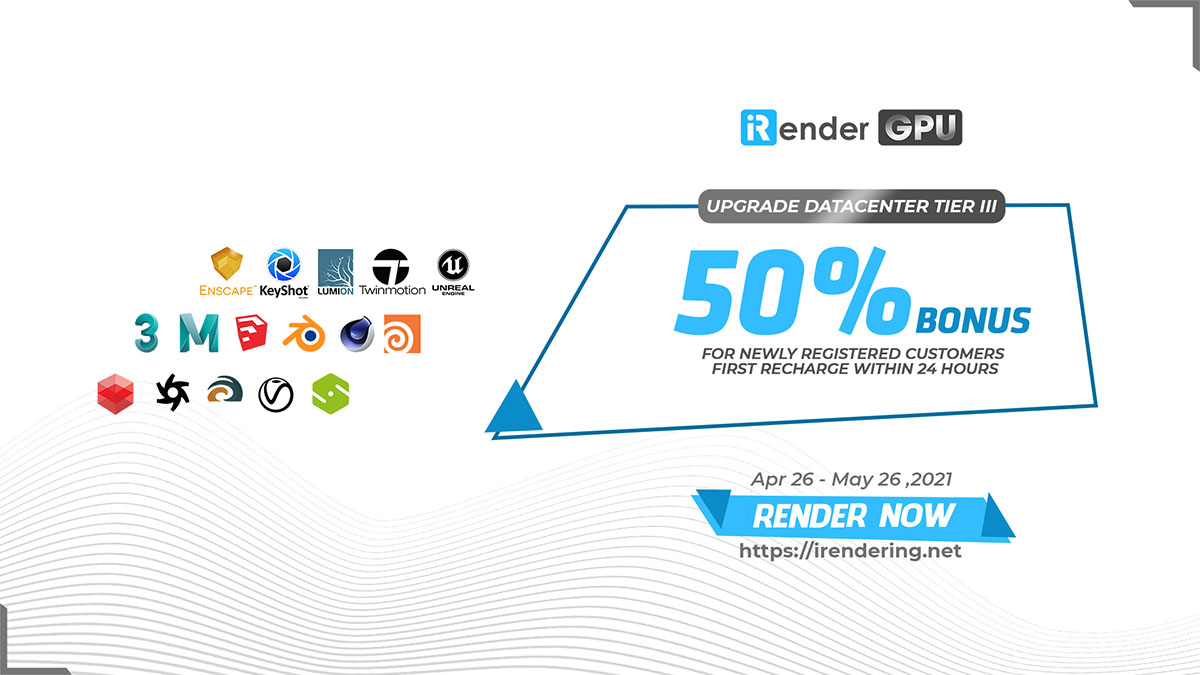