Houdini was designed for artists working in 3D animation and VFX for film, TV, video games, and virtual reality. Houdini brings these worlds together into a single powerful platform. Let iRender learn the article below to better understand how Houdini software is used and how to apply in virtual reality. 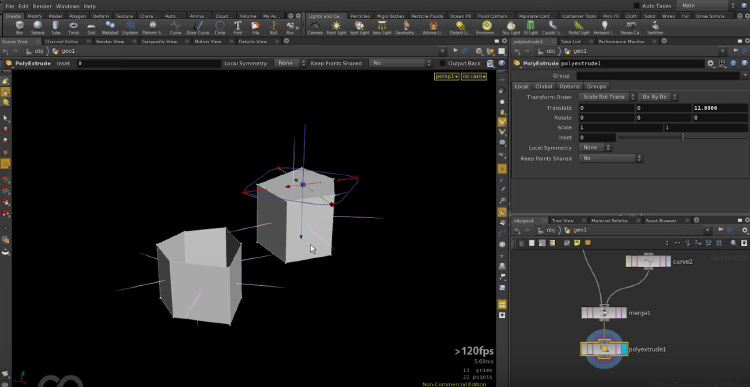 Houdini is particularly suitable for visual effects artists with a technical background. It provides all the tools in 3D software but is better known for the VFX tools.

Beginners using Houdini should have a learning curve of procedural design across the software’s features. The key to success with Houdini is his extensive knowledge of mathematics and algorithms. Therefore, technical Artists with a background in programming and mathematics will be able to learn Houdini more easily than others.

Artists who successfully learn this software will find that Houdini allows to create many effects without any traditional artistic interaction. Teams will love working with Houdini as all parts of the project can be easily modified at any point in the development process.

Houdini provides free version of their of Houdini FX at no charge to students and freelance hobbyists in using the software to create personal, non-commercial projects. Most of the core features of the Houdini tool are adequate for beginners to develop their skills.

SideFX offers several packages at both independent artists and larger studios. They offer an annual or perpetual license in their attempt to serve the wider market of creative designers.

Many large budget studios have used Houdini to create great effects in their projects. Disney is a noteworthy studio that used Houdini in the movies Frozen and Zootopia. In it, HBO’s Game of Thrones also uses Houdini for some visual effects too.

Many video game studios also use Houdini for their videos. For example Call of Duty and League of Legends are typical games. Most studios also use different tools to build their projects with a larger set of tools.

Houdini is used extensively in the simulation of clouds, smoke and fire as well as liquids and fabrics. Although Houdini is able to create entire scenes, Houdini is better known for creating fluid-like effects and other simulations.

Usually studios will use the Maya tool for modeling and rigging. Houdini will be used to integrate complex simulation effects in existing film and animation scenes.