As information from professionals in the graphic, there are have some rendering engines which running on multi-graphic cards server. It means multi-cards will boost the performance or speed render in them.

This article below will share some of that render engine to know. 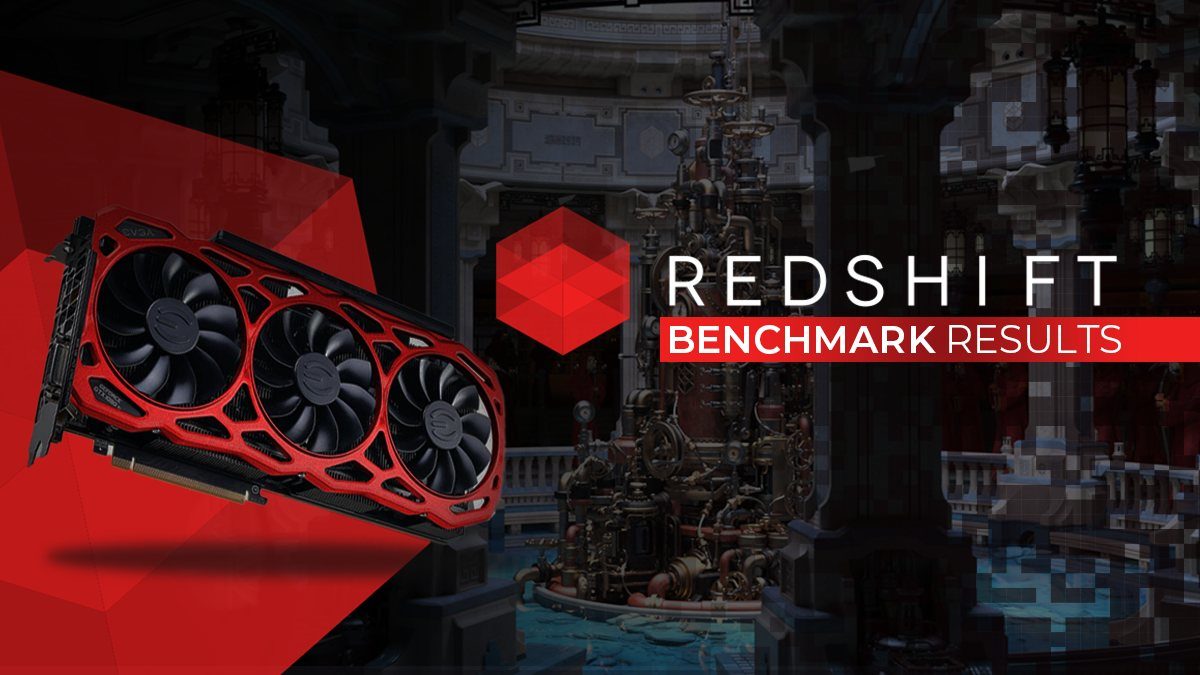 Redshift is a fully GPU-based rendering engine. This means that the video cards (or GPUs) in your system are what impacts how long renders take to complete, rather than the CPU. It is not only the world’s fastest renderer but also offers the most features and flexibility among all GPU renderers.

Yes! Redshift can be configured to use all compatible GPUs on your machine (the default) or any subset of those GPUs. You can even mix and match GPUs of different generations and memory configurations (e.g. 1 GTX TITAN + 1 GTX 1070). If you install multiple GPUs on the same computer, Redshift will render faster. Redshift supports a maximum of 8 GPUs per session. Using a render manager (like Deadline) or using your 3d app’s command-line rendering, you can render multiple frames at once on systems with multiple GPUs. This can help ensure that the GPU resources are used as efficiently as possible.

In iRender, we provide Redshift license for Prime Customer to use strong performances with graphic card RTX 3080 and RTX 3090. You can try our server and see the power of the best graphic card currently with Redshift. 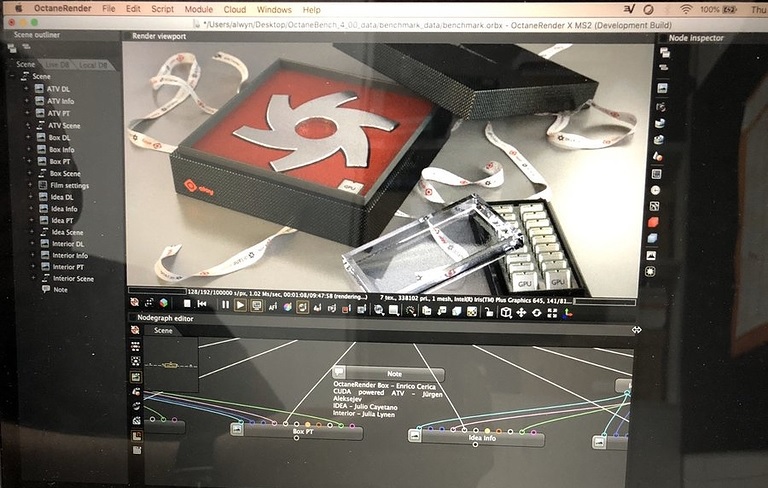 OctaneRender is the world’s first and fastest unbiased, spectrally correct GPU render engine, delivering quality and speed unrivaled by any production renderer on the market.

As OctaneRender completely relies on the GPU for rendering and does not use the CPU (besides scene loading), a more powerful graphics card (or multiple GPUs – see next question) is required to increase OctaneRender’s rendering performance. OctaneRender scales linearly with the number of CUDA cores within a given GPU architecture (e.g. the GTX 690 with 3072 CUDA cores is twice as fast in OctaneRender as the GTX 680 with 1536 CUDA cores). Adding more CPU cores improves scene-loading time.

Absolutely yes! OctaneRender completely relies on the GPU for rendering performance and scales extremely well. If your motherboard can accept more than one video card, adding additional video cards greatly improves OctaneRender’s rendering speed because OctaneRender’s performance scales perfectly with the number of GPUs (e.g. rendering with four GTX Titans will be 4x faster than using one GTX Titan), without the need for SLI. The cards can be different models, allowing you to use GPUs from two completely different architectures in a machine with multiple PCI-E slots (such as a GTX680 in the primary slot and a GTX1080 TI in the second).

The cost of adding an additional NVIDIA GPU to your system is very low compared to the cost of a small render farm of 10 to 15 computers to get the same performance with a CPU based rendering solution. 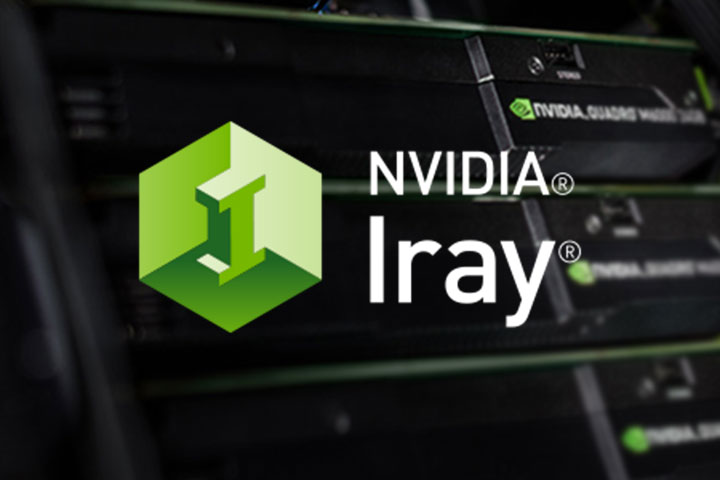 Iray is an intuitive physically based rendering technology that generates photorealistic imagery for interactive and batch rendering workflows. Iray plugins give you the tools you need to bring your ideas to life. The latest version of Iray adds support for RTX, which includes dedicated ray-tracing-acceleration hardware support (RT Cores) and an advanced acceleration structure to enable real-time ray tracing in your graphics applications.

All their plugins incorporate Iray technology, which is used in professional high-end applications by top design and visualization companies around the world.

Of course, Iray supports multiple cards. Its automatic detection and usage of all NVIDIA GPUs in the system. So to speed up rendering, you need to add more GPU power. 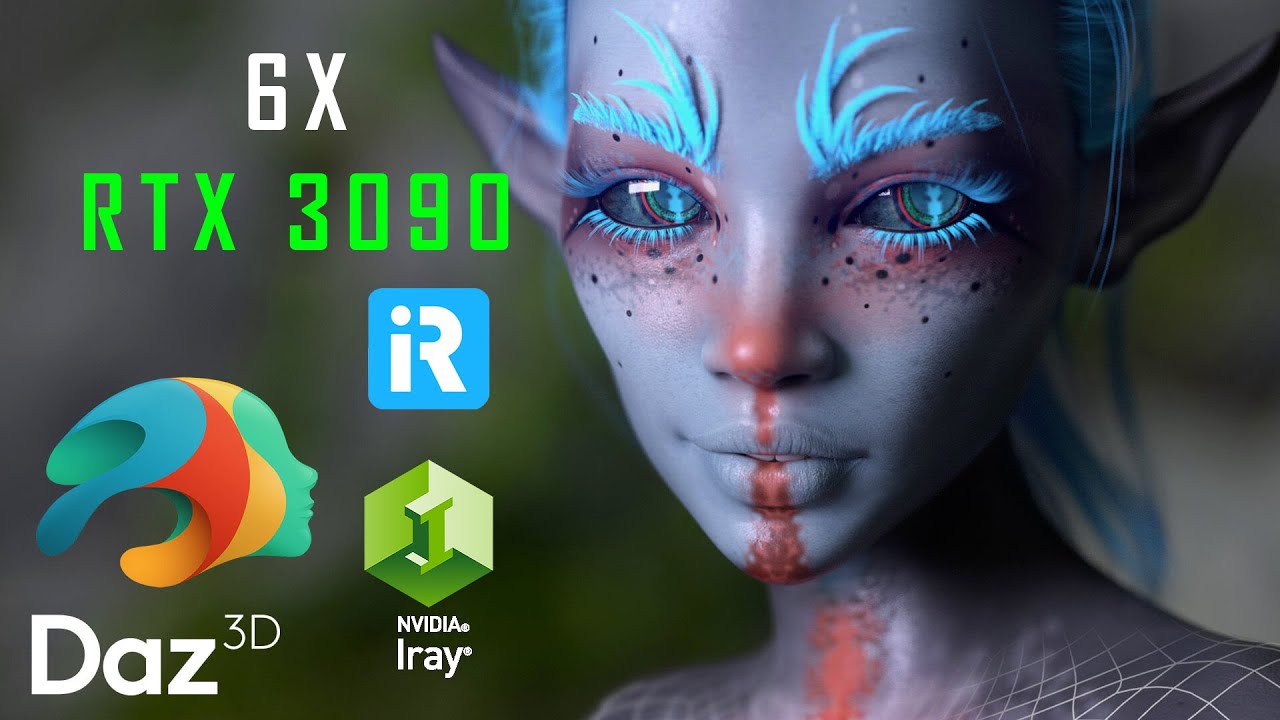 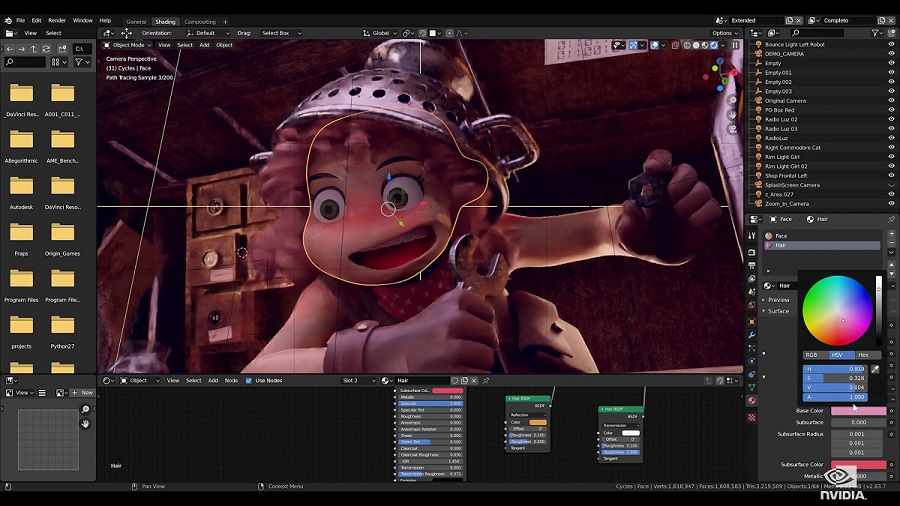 Blender is the free and open-source 3D creation suite. It supports the entirety of the 3D pipeline—modeling, rigging, animation, simulation, rendering, compositing and motion tracking, video editing, and 2D animation pipeline. It is a part of the hundreds of contributors from around the world that make Blender; studios and individual artists, professionals and hobbyists, scientists and students, VFX experts and animators, and so on.

Blender supports different technologies to render on the GPU depending on the particular GPU manufacture. To enable GPU rendering, go into the Preferences ‣ System ‣ Cycles Render Devices, and select either CUDA, OptiX, or OpenCL. Next, you must configure each scene to use GPU rendering in Properties ‣ Render ‣ Device

GPU rendering makes it possible to use your graphics card for rendering, instead of the CPU. This can speed up rendering because modern GPUs are designed to do quite a lot of number crunching. On the other hand, they also have some limitations in rendering complex scenes, due to more limited memory, and issues with interactivity when using the same graphics card for display and rendering.

Can multiple GPUs be used for rendering?

Yes, go to Preferences ‣ System ‣ Compute Device Panel, and configure it as you desire. And if you want to render faster, you should use more than one graphic card. Besides, Speed render depending on the hardware used. Different technologies also have different compute times depending on the scene tested. For the most up to date information on the performance of different devices, browse the Blender Open Data resource.

With iRender, we provide servers that have 6 graphic RTX cards as server 6x RTX 2080TI, 6x RTX 3080, and 6x RTX3090 to improve speed rendering. Register here and customer support staff will contact you and assist you directly with how it works. 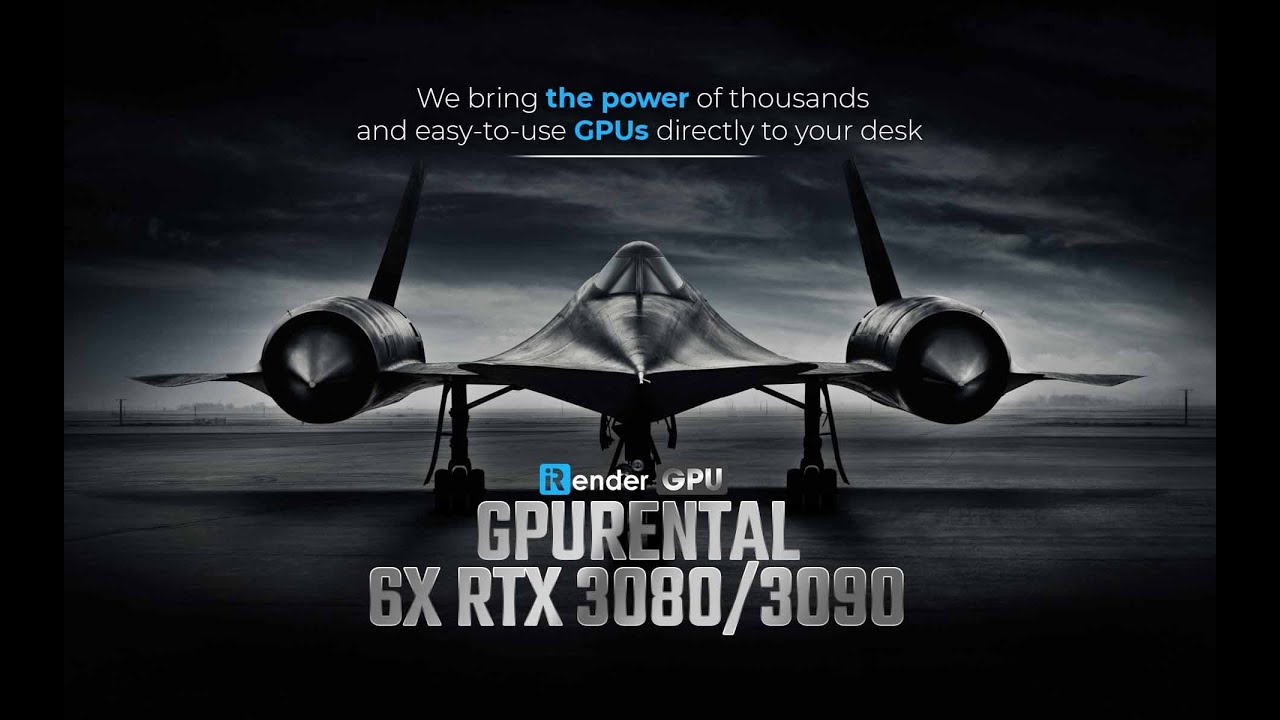