There are many 3D software nowadays which give designers & architects the possibility to bring the ideas and concept to life. Two of the well known software in this 3D field that we will mention today is Enscape & Lumion. What are the applications of these 3D software and how can they benefit your production? Let’s find out!

Lumion is architectural rendering software designed to render images, videos, animation, and panoramic pictures. This software was released in 2010 and it has gained a lot of popularity since then in the architecture and design industry. It also has been developed a lot lately because many tools and features in every new version are presented for its users. 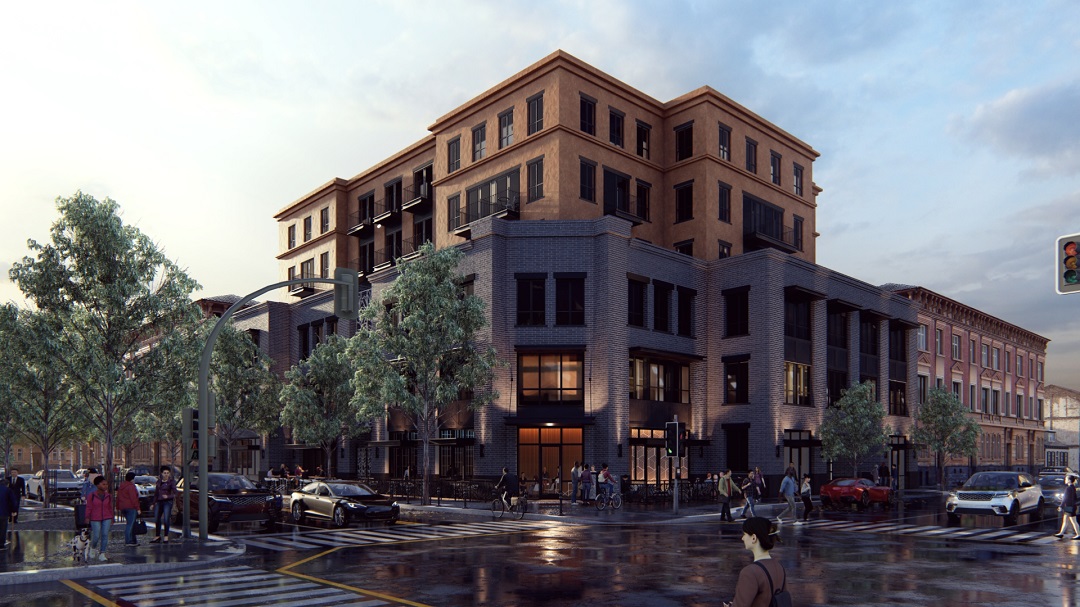 On the other hand, Enscape is a real-time rendering and virtual reality technologies for Revit, Sketchup, Rhino, Archicad and Vectorworks. Users can see and explore their project directly in the modeling tool and thus concentrate on creation, design and construction. It has become a standard software for rendering in the industry and produces professional quality renders.

Lumion is a rendering software only, so the objects can be imported from other 3D modelling software. Users can also use the large and rich library in Lumion that contains a big source of architectural assets, different ranges of objects such as plants, cars, external furniture, animals, interior furniture or even some natural effect like water and fire. The size, colors and materials of the objects can be changed according to the project requirement. Lumion also gives ready scenes and landscape assets to include in the project like a realistic sky, sea, landscape or desert. These scenes are modified when its user adds more objects like mountains, lakes or slobs for better integration of the project on the site. 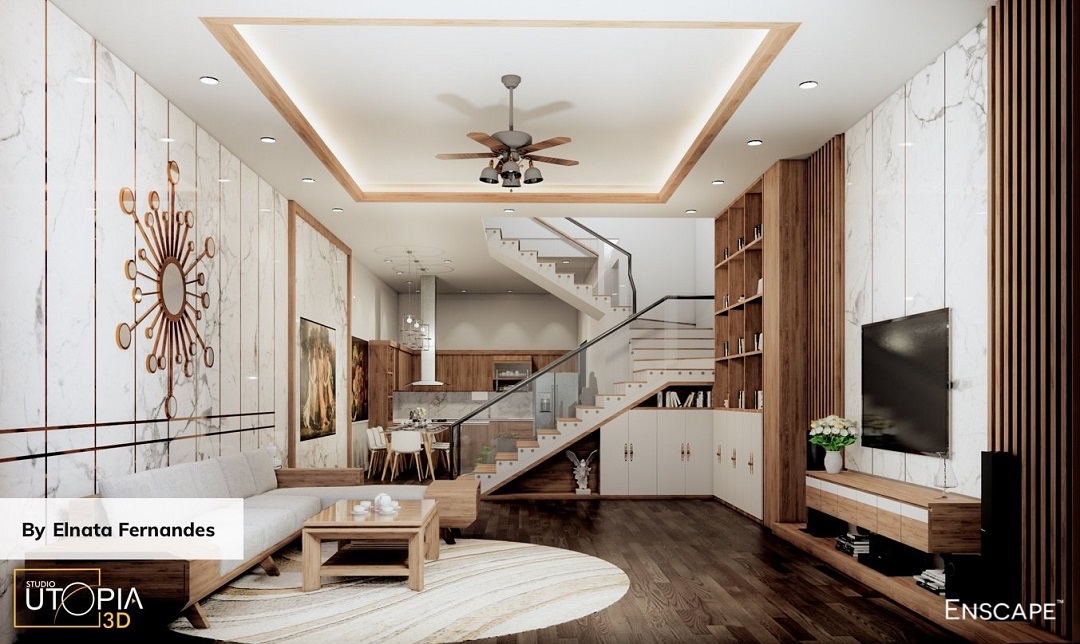 Besides, Enscape offers a lot of features like landscape design, animation, rendering, annotation, virtual tours and also a large library of assets (such as plants, flowers or people,..).

It is easy to manipulate cameras in Enscape, it helps to turn around the object or the project and set up the scenes. It also offers a large variety of realistic textures for better rendering results. A great benefit of using Enscape is that any changes made in the modeling software are automatically visible since the two software are connected together. Enscape allows users to change and review changes in real time thanks to live-link technology, it’s very convenient especially if the designer has a meeting with clients.

Enscape allows users to create a web standalone file for the project to send to clients or colleagues easily.

Lumion is growing a lot better and making a noticeable progress in terms of the quality of renders. Throughout the versions that have been released over the years, the rendering in Lumion became so much better, especially for the interior render’s parts.

As a lumion user, you also can control the direction of the sun, the time in a day and season in the year before rendering while the quantity of clouds in the sky is manageable in the software.

When it comes to rendering, the images can be rendered less than a minute, an animation can be rendered in a couple of hours and sometimes more depending on the configuration of the computer and the length of video. Panoramic pictures mode is also available in Lumion and it is used mostly in urban projects.

Enscape on the other hand provides nice and realistic rendered pictures in a matter of seconds. The plugins can be integrated with multiple 3D software, which helps designers and architects work easier. When Enscape users set up all the different textures and add scene assets, the 3D render can take a few seconds to a minute to finish, and we can see the good result right after that. Before rendering happens on Enscape, we have the possibility to access multiple controls, default mode, white mode, polystyrol mode, and light mode.

Lumion provides a simple interface that anyone can use easily, it does not contain a lot of tools, and all the tools are linked together to make the work easy and organized.

The interface of Enscape is quite similar, the working tools are so friendly and all beginners can easily manage it. Like Lumion, Enscape has been improving a lot over every update time. Navigation controls are shown by default on the interface of the software, and it is familiar for users to work on it for the 1st time.

Both software are relatively easy to learn and use. The tools and commands are organized from choosing the environment, adding needed objects (tree, plants, humans, so on) to editing material and the environment (sky, sun, cloud), then finally the render.

Enscape is considerate of a plugin or an addon, it doesn’t contain a lot of commands and tools, while it’s also simple and easy to use, it doesn’t demand a lot of configuration. The latest version of Enscape offers a great tool to use that allows it to open within the Enscape window itself and easy selection, inspection of all BIM information within a project.

Both software provide free trials to test the workflow before buying the license. You can get Enscape for 39 USD per month or 468 USD per year, while the latest version of Lumion is 1499 EUR per year. The price of using a Lumion license is sometimes a bit expensive compared to Enscape. 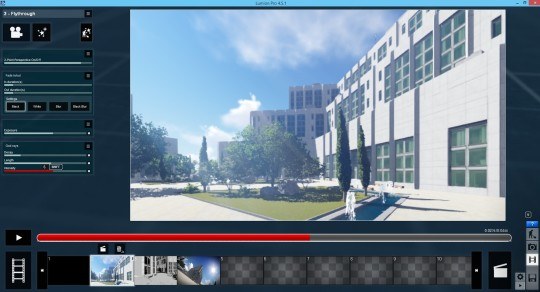 Lumion is definitely a powerful and heavy software according to the quality of the renders and the features it offers, that’s why it demands a high performance computer with the only one most graphic card and strong memory. It is recommended to use a desktop computer with a good ventilation system to protect the processor and GPU card from overheating. Lumion is available only on Windows, no MAC version

Enscape demands a strong computer configuration also which has a powerful processor and external graphic card as well. If you want better results in a short time, it would be better to use even a more powerful computer. Enscape is available only on Windows, and still no version for MAC too.

At iRender, we provide servers that are suitable with Lumion & Enscape, with the most powerful graphic card nowadays such as RTX 3090 at the price from 3.8 usd per machine hour. That’s what we mainly want to show you today – GPU SERVER 3 (1x RTX 3090) with the detailed configuration below: 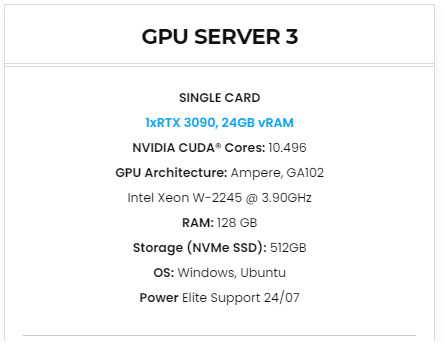 You can see that our Server 3 configuration completely matches these above requirements for choosing a computer for Enscape & Lumion. Let’s look at them in more detailed: 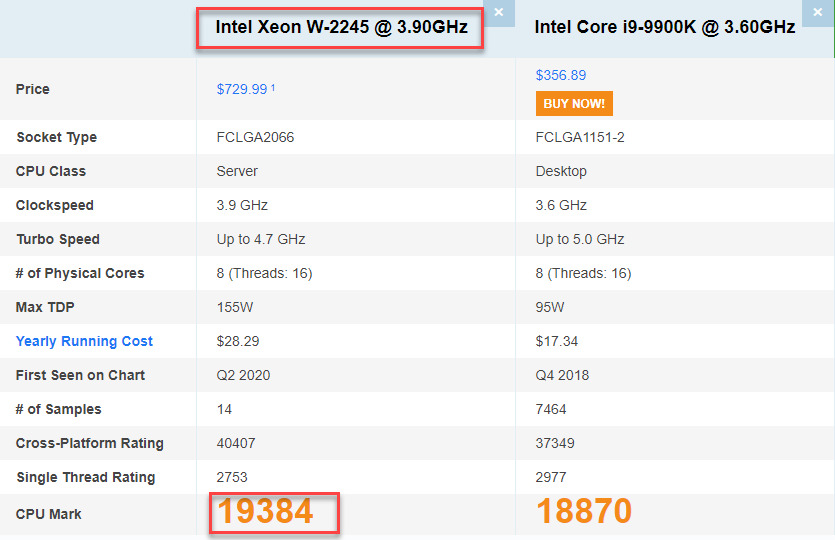 To speed up the rendering process Enscape & Lumion require one powerful graphic card with many CUDA cores and large Vram. The CUDA core is found in two-card lines, Nvidia’s GTX / RTX and AMD’s Radeon.  Here at iRender, we provide you with one of the most powerful GPU currently. It’s Geforce RTX 3090. This GPU card reachs 25,162 G3D mark rating points and have a large 24GB vRAM, which definitely brings much better performance.

For those who’re in need of one/ many servers in a day or more, or handling large projects, we advise to choose a daily/ weekly/monthly rental package. The discount is very attractive (30% for daily packages, 50% for weekly, and 60% for monthly packages).

To help you with a better experience of our service, we launched a new feature “Extra Service“. With this feature, you will be able to request an additional limit on the number of Images, Z drive capacity, or open more ports if needed …

The following video will guide you on how to use our Extra Services feature. 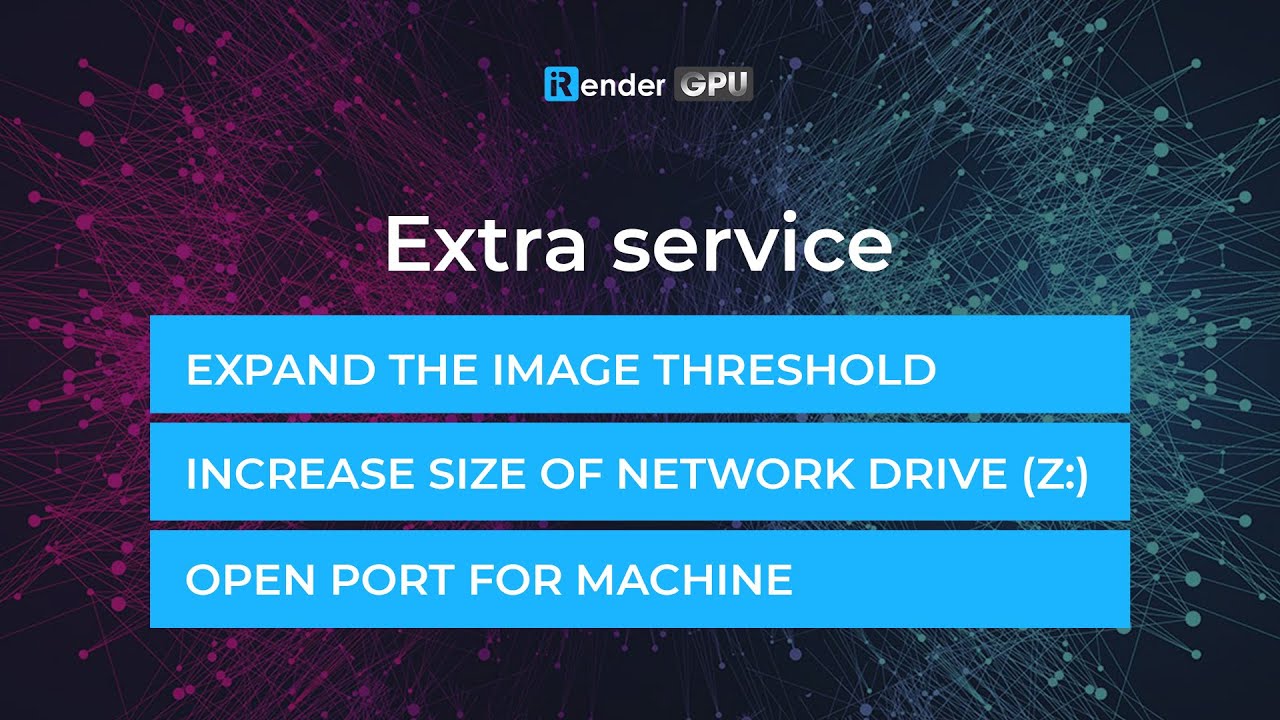 These are some of the most important things you simply must consider when getting a Lumion or Enscape rendering project. Don’t go all out straight away, consider your current needs to invest your money in a powerful workstation or rent them at iRender.

Register an account here and turn your PC into a supercomputer today.