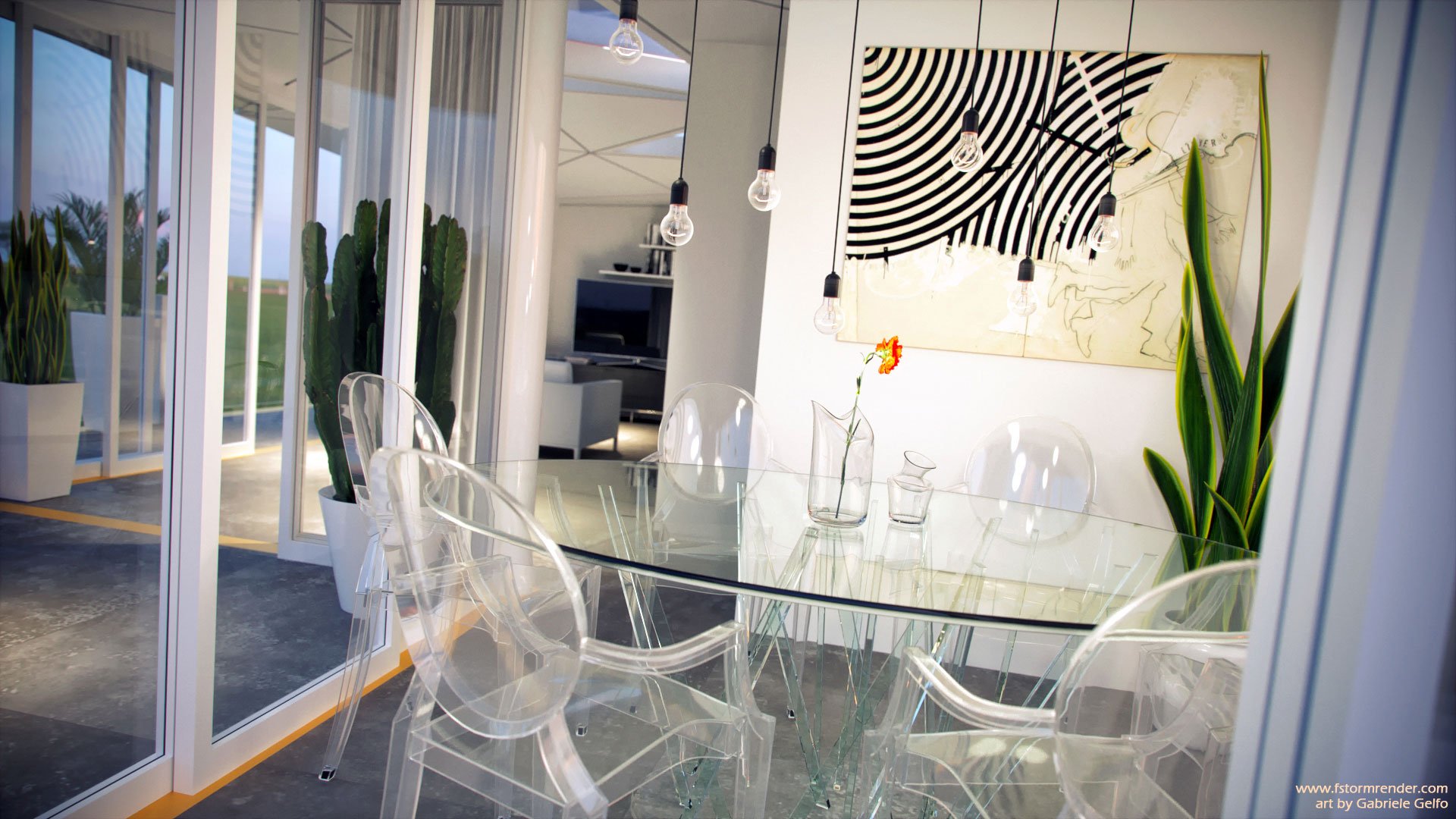 Within the render community, it is quite confusing and controversial to talk about renderers in recent years. Each one has a favorite and defends it, and the only real reason to choose one over the other is how it fits with your style / pipeline / project or your style.

FStorm vs Octane are both aimed at GPU only rendering and pair up naturally. In this blog today, iRender will share my opinion and comparison of both programs to render and what are their advantages and disadvantages between them.

Developed by the Otoy with a first version released in 2012, the Octane has a long development history compared with Fstorm. Otoy writes, “OctaneRender® is the world’s first and fastest GPU-accelerated, unbiased, physically correct renderer.”

Simplified, Octane is a GPU render engine that uses a way of calculating final rendered images that aims to be photo-realistic, and using GPU technology.

Octane is available for a variety of different 3D packages while FStorm is 3Ds Max Only, which is a pretty strong selling point. Octane has its own Octane Render Cloud which allows their users to send render jobs to Otoy’s GPU render farm via a built-in tool. However, it is super expensive.

Other advantages that Octane Render offers for new users is the shadow catcher materials. In fact, Octane will have some more features that are important to many people. However FStorm is still in a very early stage now and don’t forget that FStorm is much younger than Octane.. FStorm, on the other hand, has some nice features like adaptive sampling and a much nicer material node which, in my opinion, makes FStorm more enjoyable to work with.

FStorm is a GPU-only renderer being developed by Andrey Kozlov. At the moment FStorm is only available for 3Ds Max, but other 3D softwares will be supported in the future. Only Nvidia GPU’s are supported and it’s always a good idea to update to the latest drivers. It is easy to learn and gives nice, predictable results with default settings. It is based on CUDA technology – it works only with Nvidia GeForce cards. As each GPU renderer, it’s scalable, because it can work with multiple GPUs simultaneously. Fstorm is interactive, you can move the camera and get a real time update in the frame buffer window.

About the speed, FStorm is simply faster at everything. FStorm is able to generate a high quality render in seconds and a final quality, low noise image, often in under an hour. If speed was your only goal, you should have to go with FStorm. Another thing being that you can simply add more and more GPU’s to improve rendering speed.

The thing that I like the most about FStorm is the ease of updating, as well as for those who want to enter the work of FStorm Renders to find support through their Facebook group, where the community meets to solve many of the doubts that arise. As an FStorm user, you can always post your issue and it will hopefully be fixed in the latest update version, that’s what makes this renderer grow fast.

GPU SEEMS TO BE WHERE RENDERING IS HEADED.

Since both FStorm vs Octane are GPU engines, both renderers must have one or several CUDA-enabled GPUs (Nvidia). An important thing to consider while building a rig for GPU rendering, is that all the geometry and textures will be loaded into the GPU memory, so 6 GB GPU-memory is a minimum. Also, the GPU memory is not additive, so having two 6 GB GPU will still give you 6 GB and not 12 GB. This is because each GPU needs to load all scene assets to be able to render the image correctly. And if you want 6x render power, you can use a server with 6 GPUs instead of buying many computers and lots of single licenses.

iRender is one of a few render farms that support both renderer engines. We specialize in providing high-performance machines for RENDERING with thousands of servers with CPU and GPU cards such as RTX 2080Ti, RTX 3080 & RTX 3090.

Below are servers’ specification that iRender offers for FStorm vs Octane rendering: 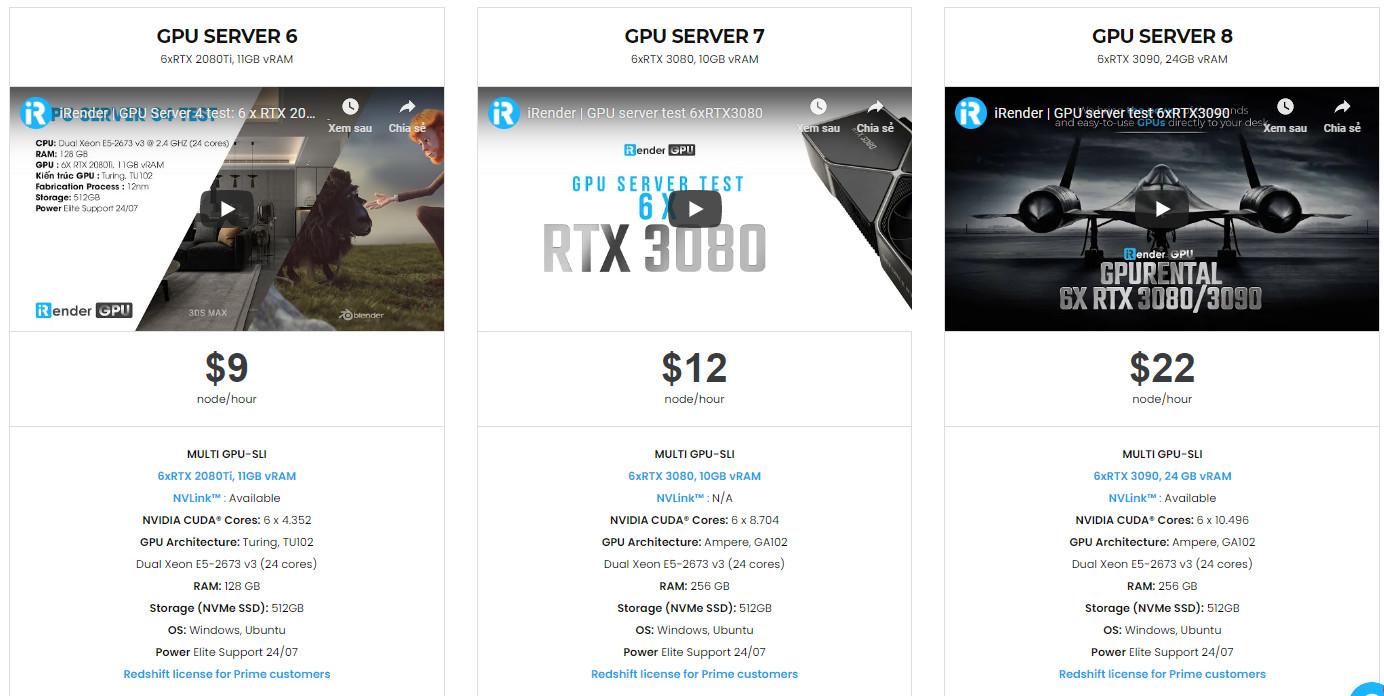 Users will access our servers with 6x RTX 3090 / 6x RTX3080/ 6XRTX 2080Ti to render your scene through Remote Desktop Application and have full control of the remote computer. Users will need to install your software like 3dsmax/ Cinema 4D and render engines like Octane, FStorm, Vray, and so on only for the first time and use your own licenses. The images will be saved and ready to use any time, just like the way we do with a new computer.

Let’s see how to boost rendering performance with Fstorm on server 6 at iRender: 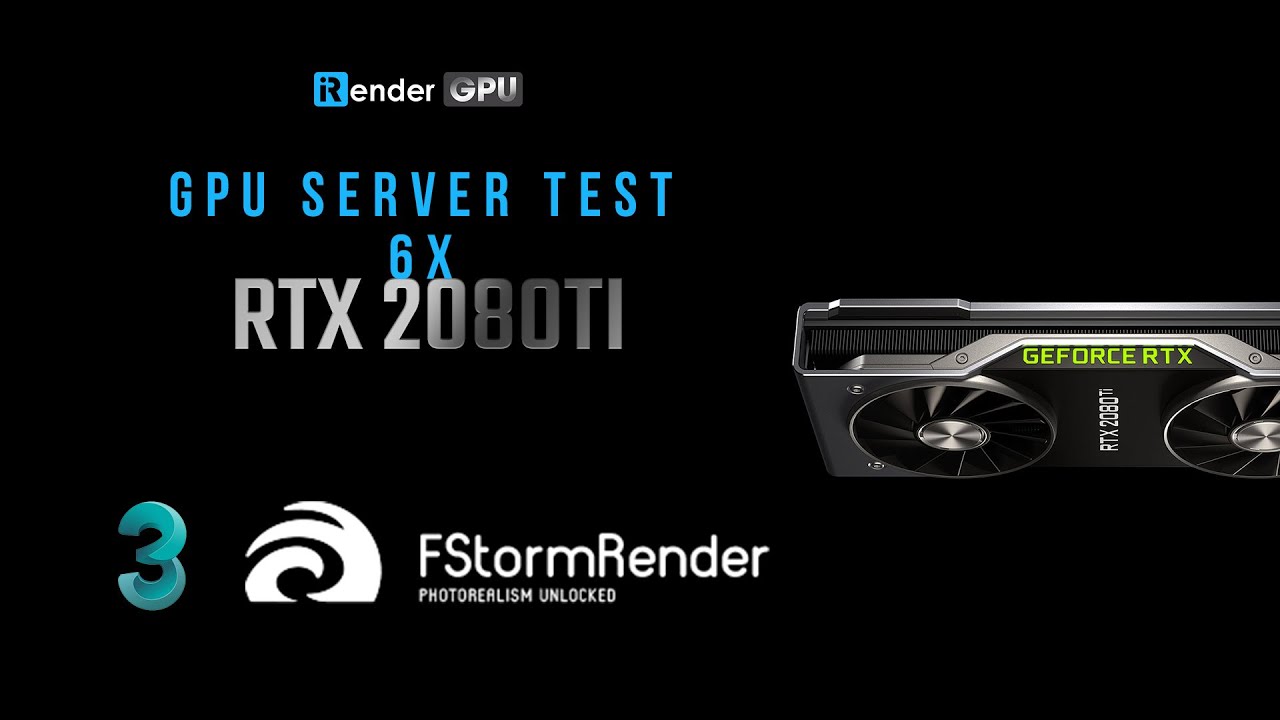 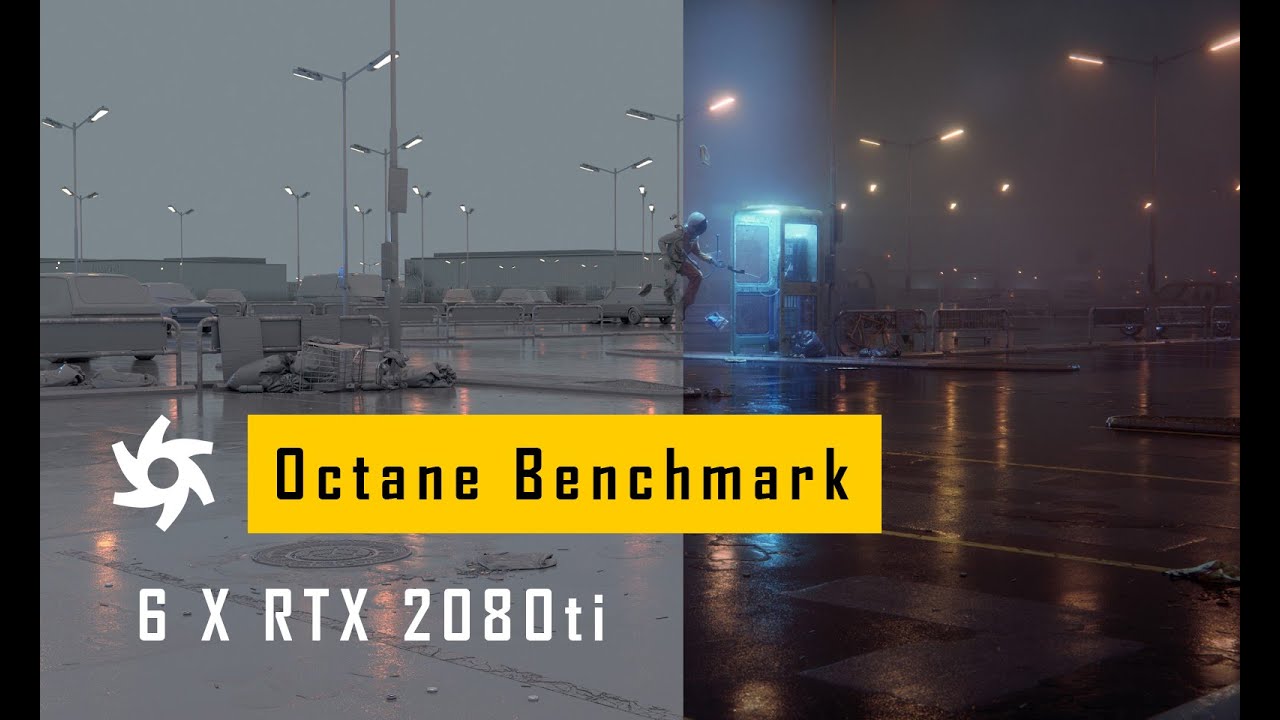 Wanna TRY before you BUY? Create an account here to get FREE to test our GPU servers with your scenes or please feel free to contact us for any information and we will try our best to assist you with the matter.

Octane is currently far better suited for VFX work than FStorm due to things like render elements and shadow catching, but for Still Images work I personally have no reason to use Octane over FStorm.

As always, try them both and decide for yourself which one best fits your needs.

Thanks for reading this far and Happy GPU rendering!

Vectron in OctaneRender Plugin is a new procedural “uber” primitive. iRender will show you how to create a vectron object…

When using Maya, it’s a simple choice that you use xGen hair and fur with Arnold. However, how do you…