OctaneRender was one of the pioneers in the GPU rendering scene when it first launched, and since then has become a household name for powerful yet fast rendering. It’s an unbiased, spectrally correct render engine that leverages RTX hardware to its fullest extent to render accurate images at blazingly fast speeds right in the viewport. 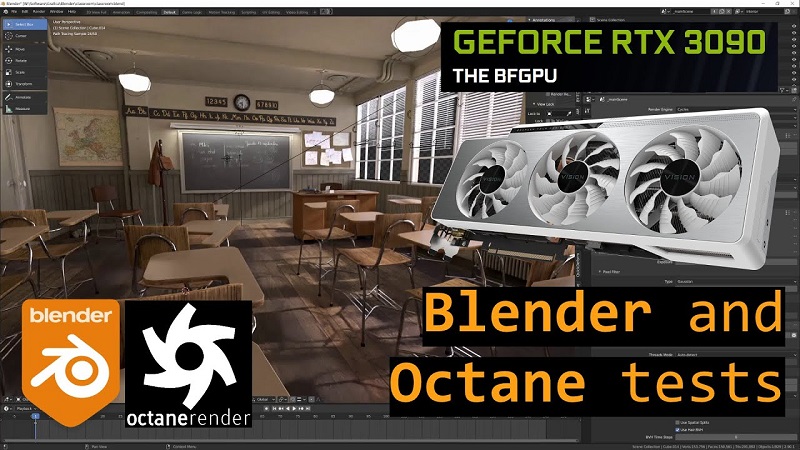 Normally, people know Blender itself includes standard renderers such as Cycles and Eevee. They are Blender’s built-in powerful and Cycles which is a popular render engine used by Blender users. There are many powerful renderers from third parties; therefore, we want to introduce one of them for you guys who are readers: Octane is one of these latest names in a growing list of “industry-standard” renderers to join the roster of render engines with official blender support. The plugin comes in the form of a special Blender build downloaded directly from OTOY with the OctaneRender engine built-in. Another note is that Octane comes with its own shader nodes/editor, and as such Cycles materials won’t be automatically ported over to OctaneRender.

OctaneRender is a GPU-based engines, so the CPU does not really help in term of rendering process. However, OTOY mentions in their FAQ that “a fast multi-core CPU will significantly improve the scene loading speed.” Puget System also did a test, and realize that clock speed has the biggest impact on CPU performance with Octane. They recommend those two CPUs:

This is the most important factor for performance in OctaneRender. Normally, the render capabilities will be affected by two aspects: the raw speed of the GPU itself and the amount of memory on the card. With large and complex scenes, you will need a good card with a decent amount of video memory.

The video card selection is the driving factor for performance in OctaneRender. The render capabilities will be affected by two factors: the raw speed of the GPU itself and the amount of memory on the card. Video memory will limit how large and complex scenes can be rendered. Specifically, some Quadro GPUs offer larger amounts of VRAM VRAM but also cost far more for the same level of raw performance of GeForce cards. As such, we recommend the NVIDIA Geforce series if Octane is your primary application. 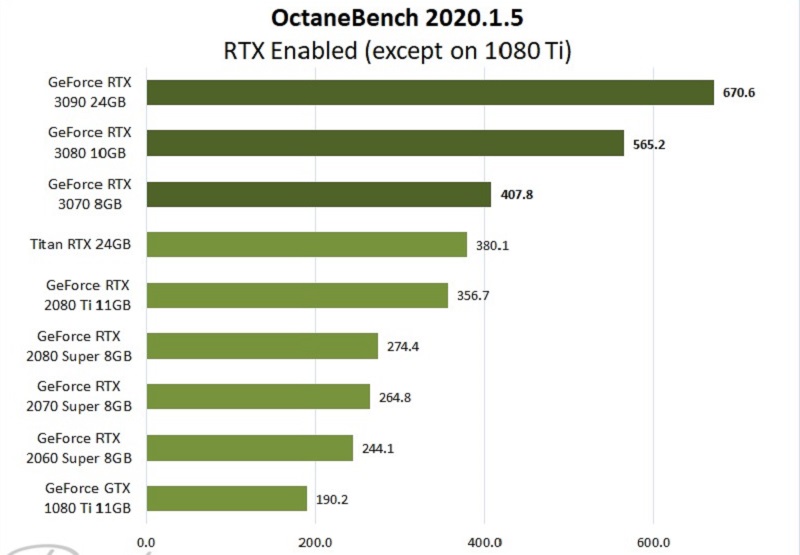 OTOY requires a minimum of 8GB RAM and recommends 16GB or more. However, in fact, even for low-poly or simple scenes, you will need at least 16-32GB of RAM for your PC to work with Octane well. If you tend to multitask and this is not your first workstation build, more than 64GB will help you limit data loss and improve Redshift’s stability. That’s also the reason iRender provides our customers 128 – 256GB RAM memory to help hold data of multiple programs running in parallel, so multitasking (running multiple apps at the same time) is smoother and more quickly. We understand the actual needs of the artist, we understand that a modern 3D artist needs to be more creative than just software.

The highest performance drives available today are NVMe based Solid State Drives (SSDs), and these are generally all we recommend for primary drives. SSD will ensure your system will boot as quickly as possible, keeps your system as responsive as possible, and reduces your application/project loading times…

While many other famous render farms (for example Fox Render Farm) also use HDD storage, iRender strongly invests in NVme SSD for the entire render farm despite the expensive cost. We define new era rendering in parallel with fast speed.

Luckily for Blender users, Octane offers a special free version of its Blender plugin with the caveat of supporting only 1 GPU limit. (OctaneRender™ 2020.1.3 for Blender® 2.83). Many Prime OctaneRender (free tier) users complain that they cannot find a render farm that supports their projects. iRender told them that was completely wrong: We – iRender Farm not only support Prime OctaneRender (free tier) but also support it very well. We provide a specific server to speed up your rendering: 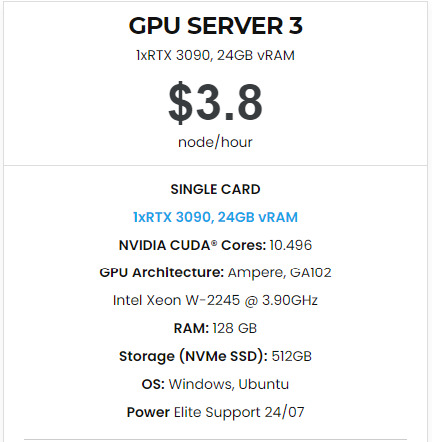 We understand that lock speed has the biggest impact on CPU performance with Octane. That’s reason we offer Xeon W-2245 CPU Processor owning a high clock speed of 3.9 GHz- 4.7GHz and 512 GB SSD to specifically support single threaded tasks. This package also comes with the latest NVIDIA RTX 3090 card recommended and the VRAM capacity up to 24GB.

Octane studio scale well across 2 video cards. It is a great sign that using 2 GPUs can double 1 GPU in performance (1341.7 scores). 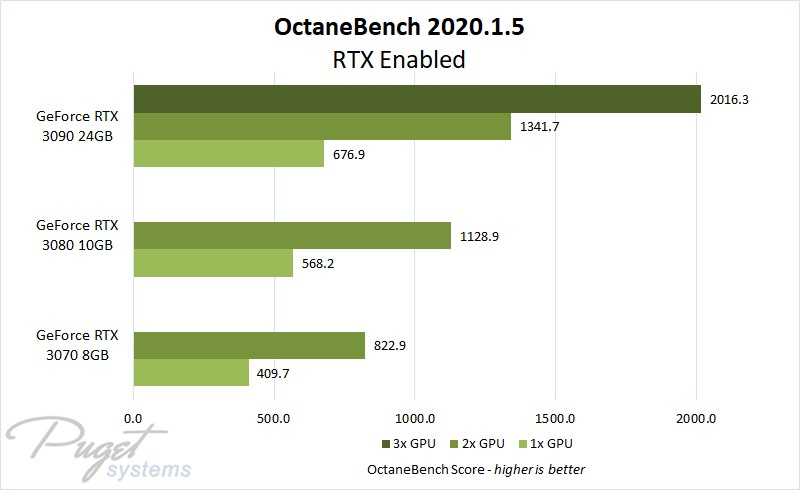 As we might know 2 GPUs is a popular choice for Octane Studio users in particular and 3D artists in general with medium-sized projects. However, not many render farms offer you such a DUAL GPU configuration. At iRender, we understand the needs of technology artists and launch the server of DUAL RTX 3090 which is even cheaper than 6 x RTX 2080. However, we guarantee that the performance you get will be much more powerful than 6 x RTX 1080, 2080, 2080Ti. 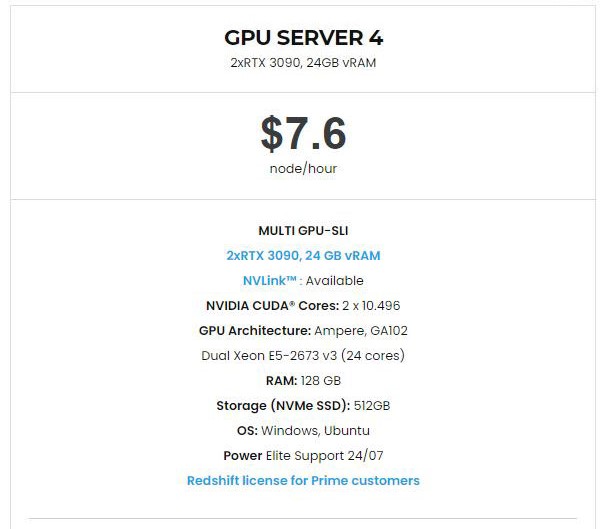 Stacking a few video cards will give fantastic rendering performance. This is the reason we have been hard at work integrating GPU nodes into our infrastructure. Using Octane for Blender, we recommend using multiple card servers. We invested in some pretty formidable hardware, and we are confident that with our new nodes at your disposal, scaling your GPU renders over at our farm will be as rewarding an experience for you as it is for us. At iRender, we provide a variety of servers with powerful CPU & GPU: 6 NVIDIA RTX 2080Ti/ 3080 /3090 and CPU configuration: Dual Xeon E5-2673 v3 (24 cores- 48 threads), RAM: 128 GB and Storage (NVMe SSD) is 512GB, which allows users to utilize the rendering speed with Octane in Blender.

In case 24GB VRAM is not enough for your scene, we always have NVLink to help you access more than that. This is a technology which help you expand data bandwidth between GPU and CPU 5-12 times faster than PCI Express interface. It can be used as a large memory pool for the GPU to display large and complex scenes.

Our pricing schemes are the cheapest you have ever find, with rates three times lower than that of other solutions. Besides our hard-to-beat prices, we also offer generous volume discounts, which provide you with credit bonuses depending on how much you top up. Moreover, you can always save up to 40% with our Fixed Rental feature. For those who have an extremely large project, we advise choosing a daily/ weekly/monthly rental to save more and more. 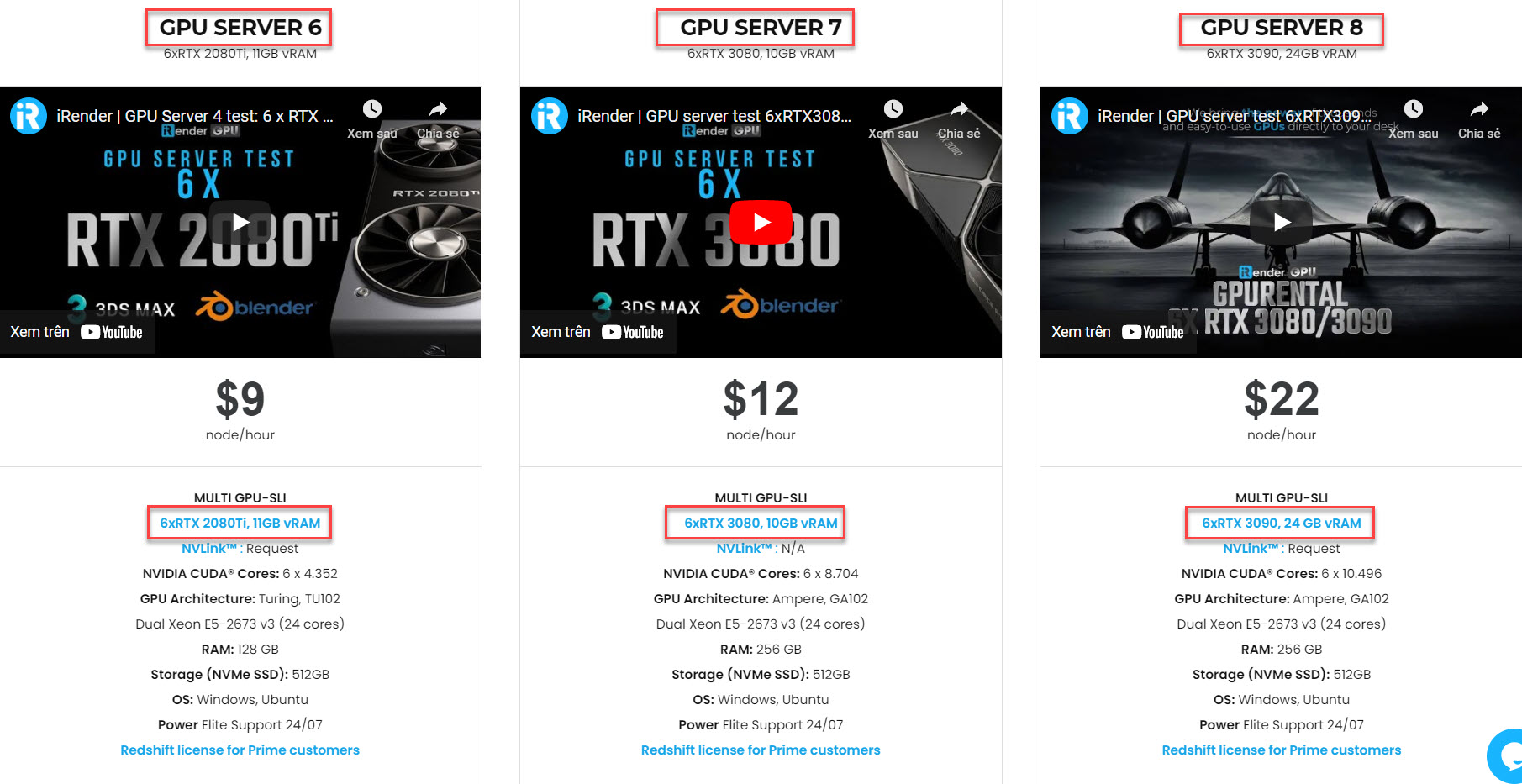 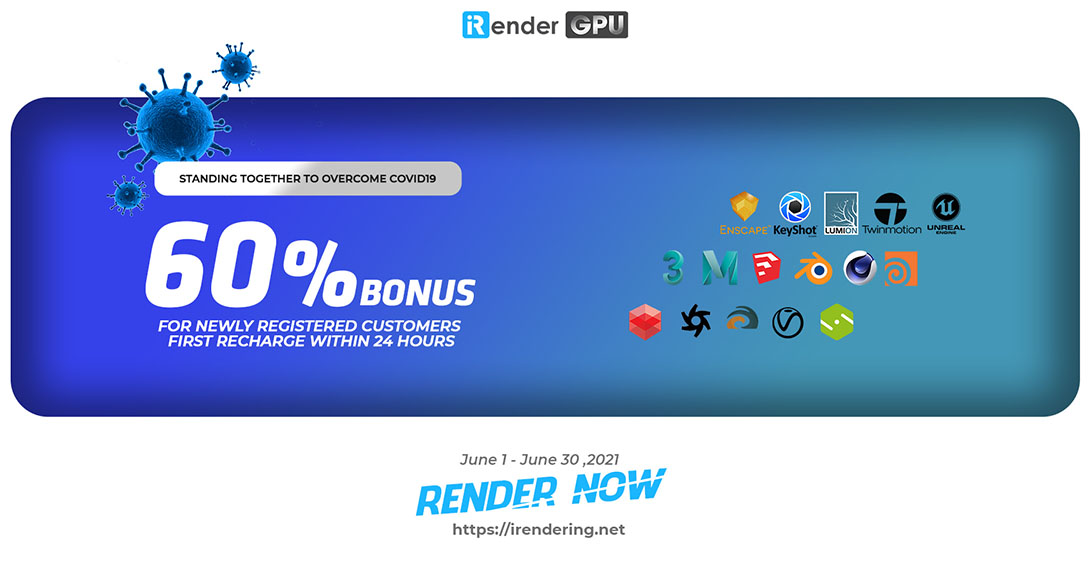 So, do not hesitate anymore to waste your time. If you have any questions, please do not hesitate to reach us via Whatsapp: +(84) 981-868-890. We will be ready to help you in any way! Become a member of the iRender community today to stop wasting pointless hours of rendering. Always at the forefront of cutting-edge graphics technology, we do the rendering, the creativity is yours!