Blender is growing and popular in the graphics world. Long-standing software has also recognized this trend and released combinations so Blender users can easily use their software in their workflow. Today let’s explore realtime render engine for Blender that you may not have thought about combined. 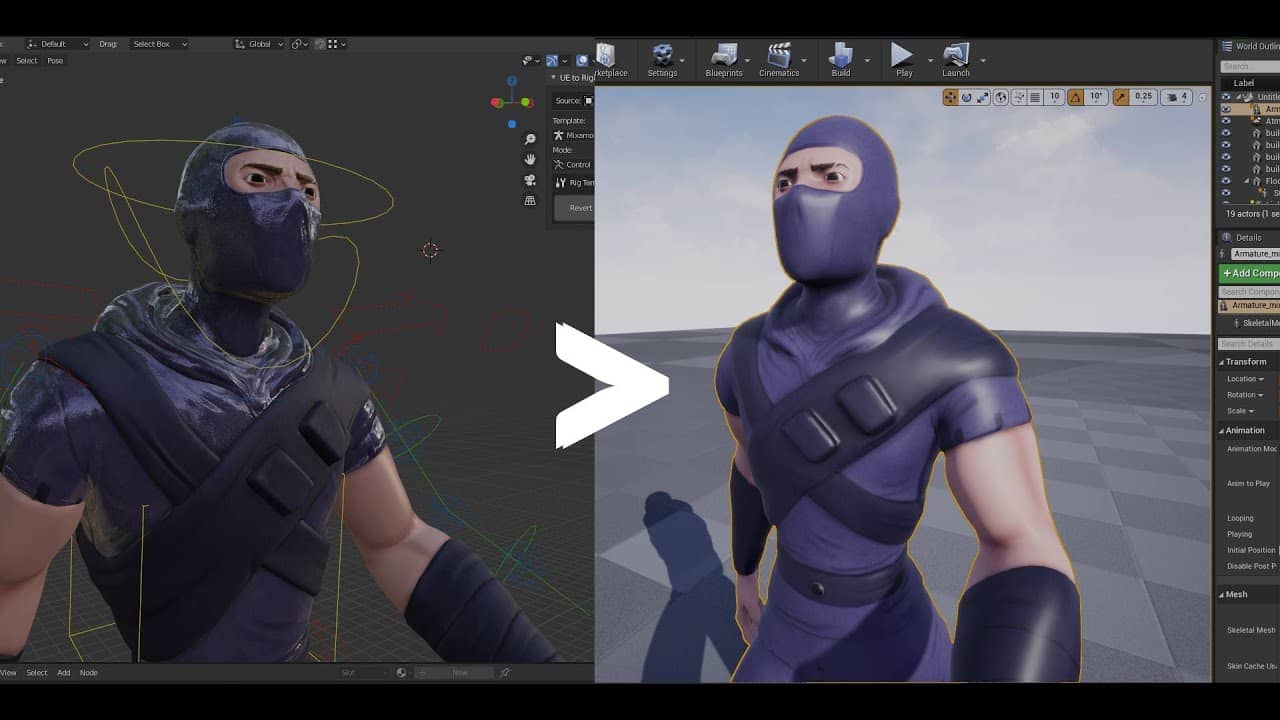 Unreal Engine has so far proven to be the best realtime render engine. It’s also an industry-standard game engine for creating ultra-realistic graphics in high-end games. By following the majority of real-world physics principles, it can generate complicated scenes in real-time.

Unreal Engine Team recently released two addons that greatly streamline the workflow between moving assets between Blender and Unreal Engine. In conjunction with this addon is our UE to Rigify feature, which allows Blender users to import any characters from Unreal Engine and have access to Rigify animation controls. This allows you to more easily animate characters within the Blender to Unreal workflow. This not only applies to bipedal characters but also quadrupeds!

Other real-time render engines, such as Eevee, use phony global illumination and volumetrics, resulting in surreal results. Unreal Engine, on the other hand, performs all of these things rather precisely by adhering to real-world physics principles.

The Unreal Engine is used to produce 3D scenes for animations in addition to being a game engine. In real time, it generates ultra-realistic render outputs. It was created by Epic Games and is accessible for free. It is based on the DirectX 11 and DirectX 12 API. 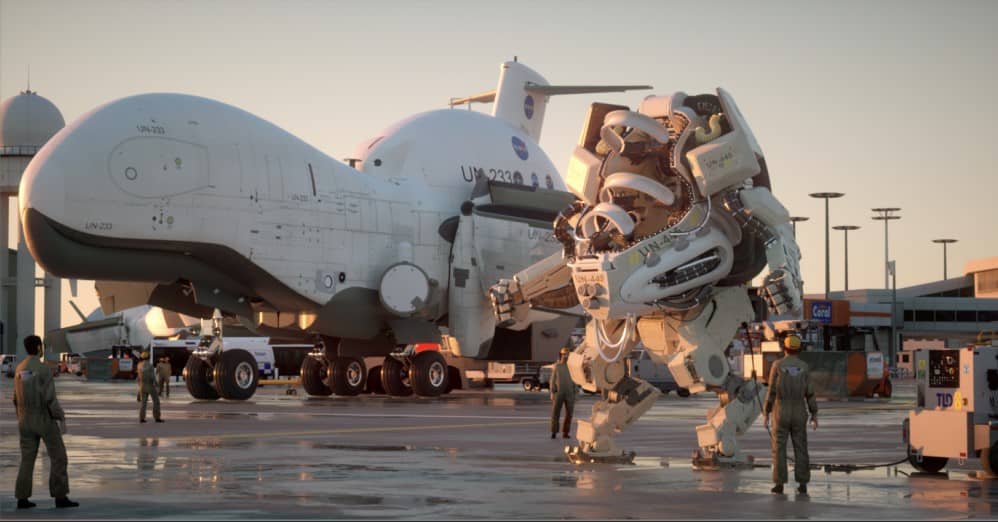 Octane is the world’s first real-time ray tracing render engine, producing renders that are nearly lifelike. Octane is the fastest in terms of both speed and accuracy, and it renders 2-5 times quicker with RTX graphics cards. It is the greatest Unreal Engine replacement, and the installation setup is small in comparison to Unreal Engine.

It is the company’s second-best real-time render engine. Octane Render Engine is comparable to Unreal Engine, except the free version is limited to a few products. 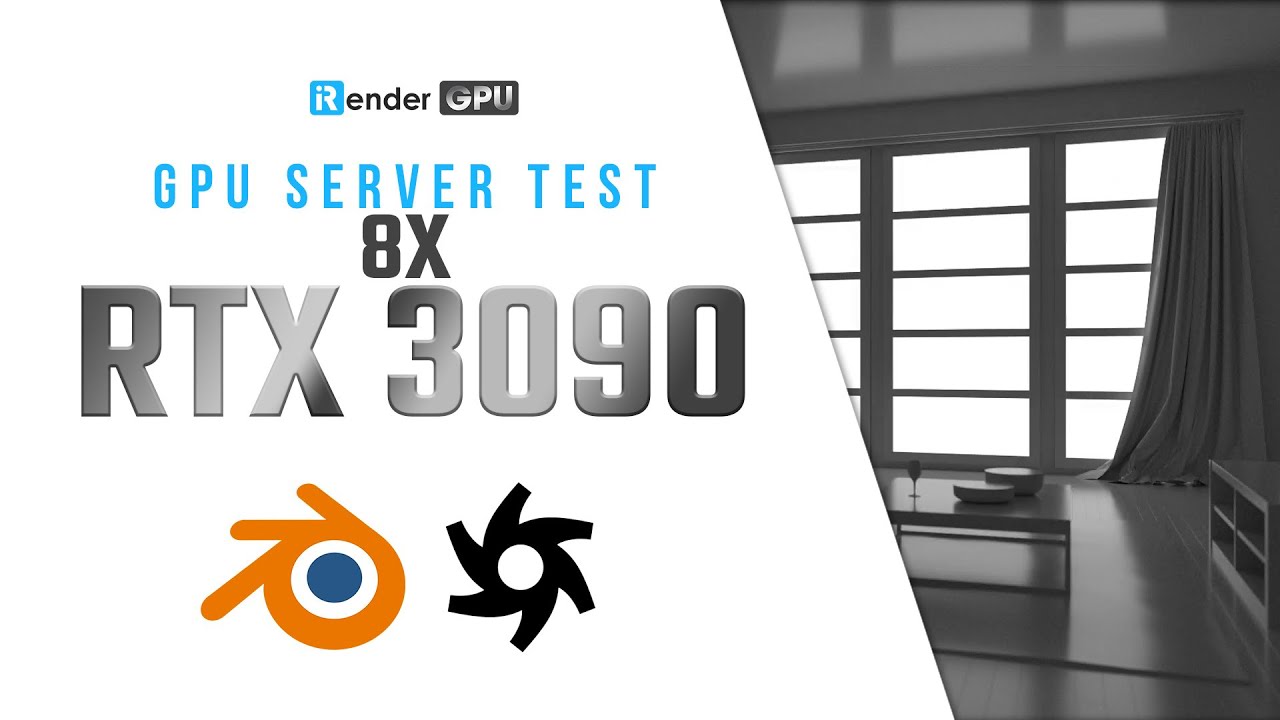 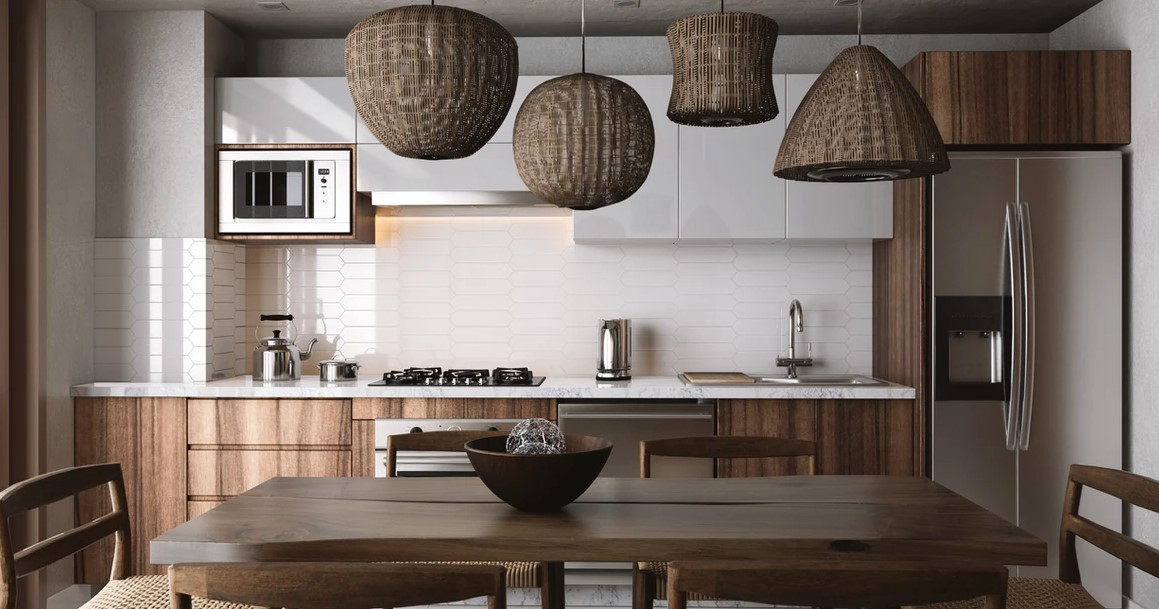 D5 Render Engine is a professional tool for real-time rendering that is used by numerous Studios and Freelancers. It is one of the greatest real-time render engines in the business. D5 Render is a renderer that works with a variety of 3D software, including Blender, and it makes use of every pixel of your GPU to produce super-precise render outputs. D5 Converter for Blender is a plugin for those who want to use Blender scenes or models within D5 Render. (Version Support: Blender 2.8.2 and above)

D5 excels at handling huge scenes and employs NVIDIA’s RTX cores for real-time ray tracing. If you have an RTX GPU, it is encouraged, and it is also free. 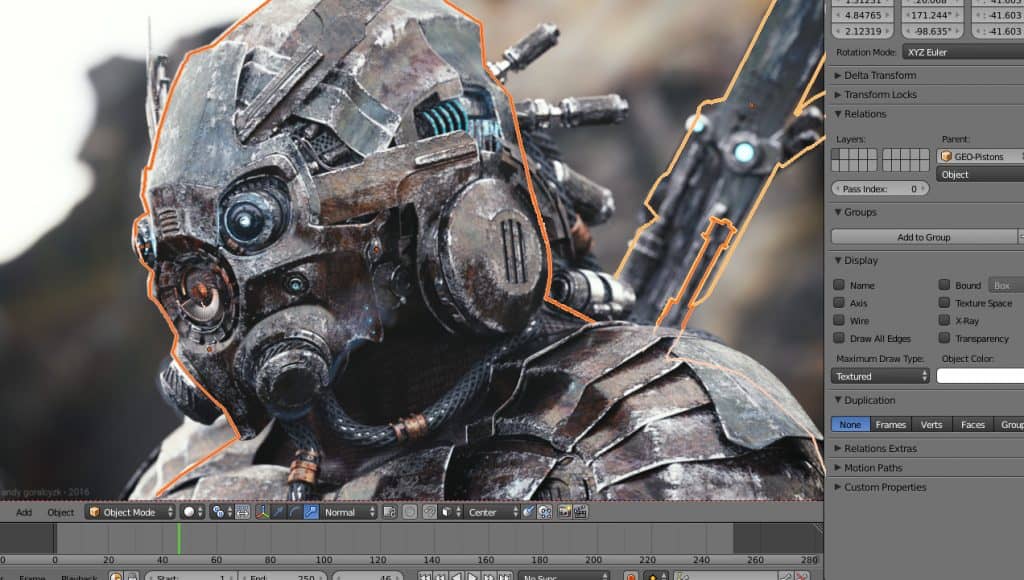 Eevee is the most widely used real-time render engine, and it comes pre-installed with Blender. Eevee is a lightning-quick render engine that aids artists in setting up and previewing lighting in real-time.

Eevee, unlike the other render engines described above, is not a raytracing render engine. It can render scenes at high resolution, but they don’t appear very realistic. Many digital artists continue to utilize Eevee because, when correctly optimized, it transforms a scene into something spectacular.

Many tutorials for setting up fantastic lighting for Eevee can be found on YouTube, making the scene look more genuine.

iRender is a Professional GPU-Acceleration Cloud Rendering Service provider in HPC optimization for rendering tasks, CGI, VFX with over 20.000 customers and being appreciated in many global rankings (e.g. CGDirector, Lumion Official, Radarrender, InspirationTuts CAD, All3DP). Users will remotely connect to our server, install any version of Blender only one time and easily do any intensive tasks like using their local computers.

Take your render performance to the next level with the AMD Ryzen Threadripper PRO 3955WX. Featuring 16 cores and 32 threads with a 3.9 GHz base clock frequency, 4.3 GHz boost frequency, and 64MB of L3 cache, this processor significantly reduces rendering times for 8K videos, high-resolution photos, and 3D models. A faster CPU will allow you to extract mesh data, load textures, and prepare scene data more quickly. Check out our Blender on multi-GPU at iRender below: 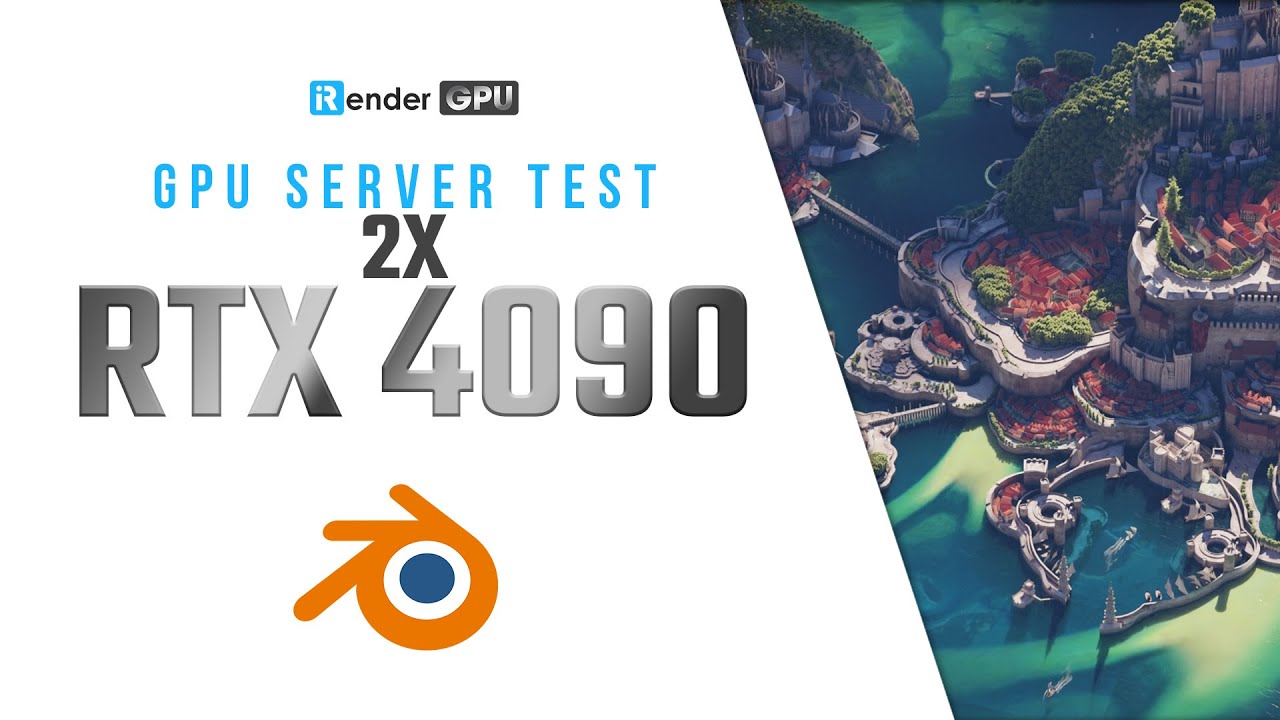 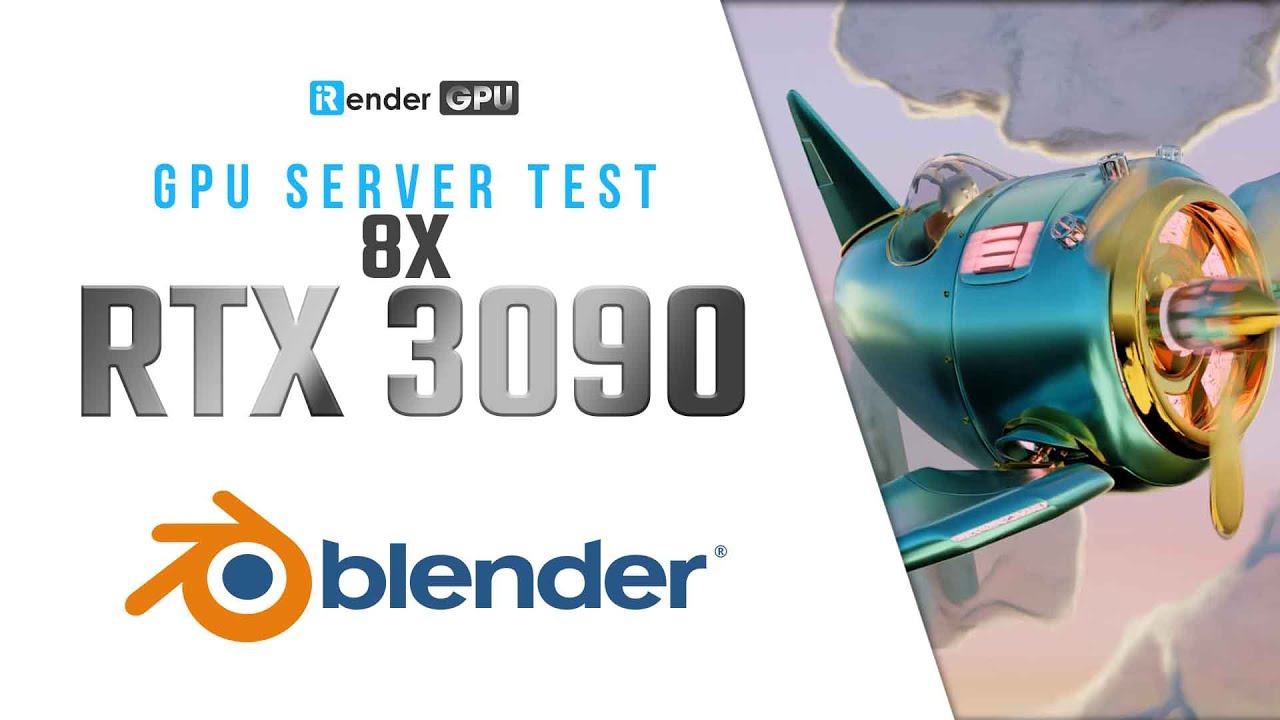 In parallel with providing a variety of additional features for users such as Snapshot, Clone, NVLink, APIs,… iRender team has developed iRender mobile app to help users to render on a mobile phone.  With all the outstanding advantages mentioned above, you must have found yourself the perfect choice for Blender. iRender provides high-end configuration at a reasonable price. You can see that iRender’s package always costs much cheaper than packages of other render farms (in performance/price ratio). Moreover, iRender’s clients will enjoy many attractive promotions and discounts.

If you have any questions about using sofware and how to speed up your rendering for your projects with our service, register for an account today to experience our service. Or contact us via WhatsApp: (+84) 912 515 500/ email [email protected] for advice and support.