Since public release in 2014, Unreal Engine 4 has set and raised the bar for third party engines. It’s now free to use and there’s no better time to get creating 3D art on your own.

Epic’s engine is capable of producing truly incredible  visuals. Its deferred rendering, custom materials and advanced lighting techniques are perfect for pushing the engine – and your art – to the next level.

In this article, let’s learn some Materials Tips for Unreal Engine and tricks which help you light, texture, and render your own beautiful scenes within Unreal 4.

You can import textures via the Import button in the Content Browser. Unreal 4 supports a large variety of texture formats, from .tgas and .pngs to .psds and .jpgs. One important tip is to make sure normal maps are compressed as TC Normalmap to prevent visual errors in engine. Also be aware that if your texture dimensions do not follow the power of two, they won’t stream or have mipmaps. 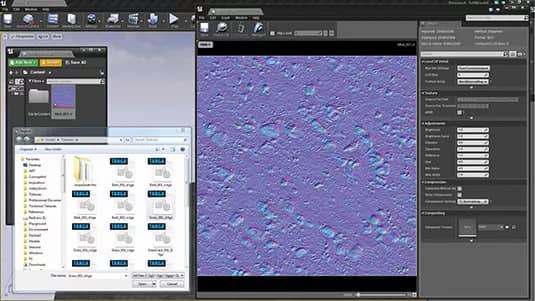 With the dawn of new rendering capabilities in new engines like Unreal 4, there has come the widely praised adaptation of physically-based rendering. This should definitely be worked with rather than against. Learning how to accurately represent the physical properties of materials with roughness and metalness masks can seem like a change from the way game engines worked last generation but can help keep materials consistent and believable across multiple lighting environments. 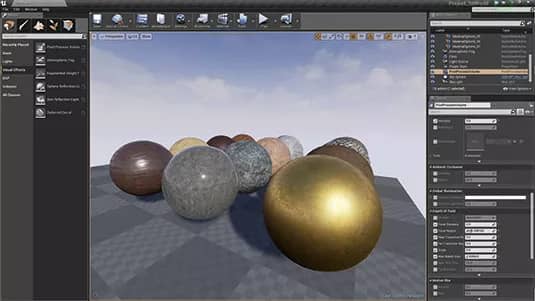 Another fantastic element of Unreal 4’s Material Editor is that it allows for very intelligent texture reuse. This can not only save you memory, but also time. Sometimes a red channel from a rock albedo texture can make a great overlay for a roughness texture. A tiling cloud render texture from Photoshop could be useful for adding variation to a brick, but also to blend in a detail texture for some concrete. The possibilities are endless. 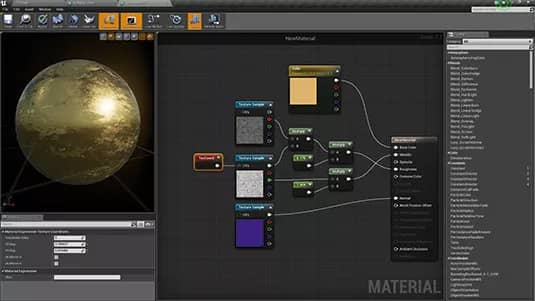 Occasionally certain textures are not needed and can be left out to save memory. For 100 per cent non-metal materials like wood or dirt, a metalness texture can be substituted in the Material Editor for a simple float constant with a value of 0. The same idea can be applied for multiple versions of the same material. Three slightly different coloured bricks don’t all need different normal maps, but could share one.

One way to save considerable time and work is by creating a basic set of materials that can be instanced out for different objects. When I start projects I create a base material for each type of object I’ll need. For example, if I was making a nature scene I would want base materials for terrain, props and foliage. There will always be outliers but it helps with the bulk of the process. 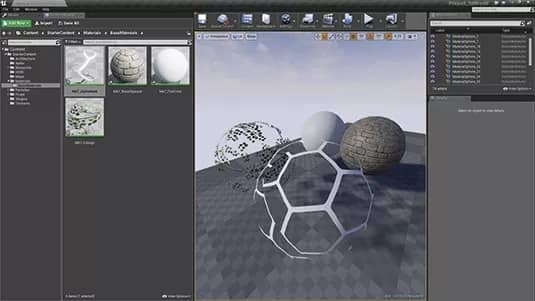 A great feature of a Material Instance of a base material is its ability to parameterise values that can be changed in real time. You can use these changes to rapidly test out many different values without having to recompile a material. Whenever I have a complicated material I always have a test material instance on the side. I use the test material instance to lock in more realistic base values for the final material. 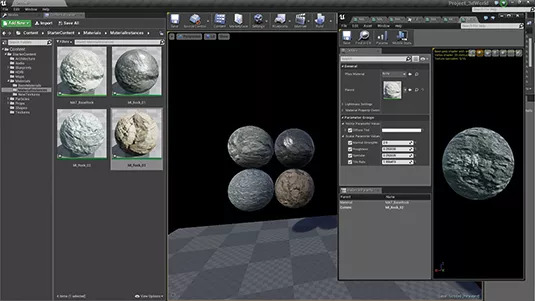 Material functions can be thought of in the same way real functions work in code – repeatable operations that can be called multiple times to perform a specific set of instructions. They are made outside of a material in the Content Browser, but can then be called on their own to help simplify materials. They can contain their own set of inputs and can be a fantastic way to save time when repeatable operations need to be called. 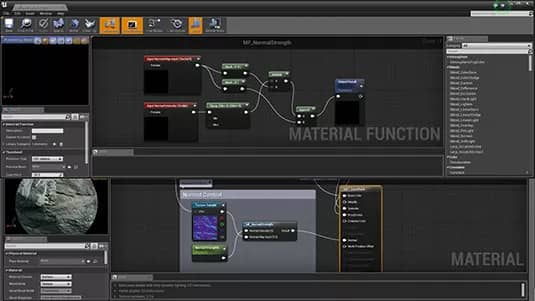 Hopefully today’s article that iRender collects and summarizes will help you create interesting works with Materials Tips for Unreal Engine more easily. In addition, iRender also provides a high-configuration machine rental service to help you save time and costs in rendering.

With the benefits iRender gives you as well as the configuration that is very suitable for every Unreal Engine version and all of its renderers, do not hesitate to use the service at iRender to have a great experience with your rendering  time. Register for an ACCOUNT  today to experience our service. Or contact us via WhatsApp: (+84) 912 785 500/ email [email protected] for advice and support.