The 3D graphics industry is growing faster and stronger than ever. With the remarkable advancement of 3D design software, machine technology, and the fastest processing speed ever, it has never been easier to produce quality content on products. But, along with it, the consumer demand for quality has also increased. The more quality the product, the more polygon, the longer the render time, the more GPU cost, and the more cores it renders. If you want to optimize your workflow’s time and cost, you should consider using an online render farm service.

Online render farms provide cloud-based rendering services using the power of high-performance CPUs and GPUs to handle complex and heavy rendering tasks, helping to speed up rendering time. Instead of just one machine that generates animations or renderings, you can now control the power of hundreds or thousands of them. Rendering time will not be in hours, but will be just seconds and minutes, helping to optimize the production process of 3D artists, CG artists, and studios. 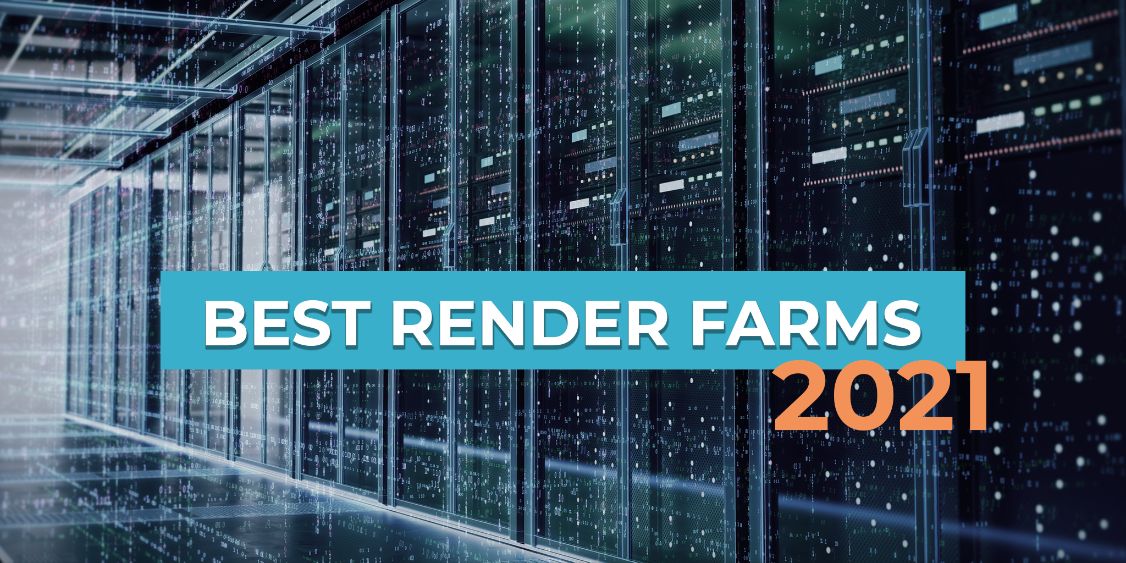 But, you will have to ask yourself, which render farm is the best suited to your needs? There are a lot of factors that you will have to consider, for example: Is the render farm compatible with the software, render engine, and plugins you are using? How much does the service cost? And how does it work?…

After some research, today we will give you some information about the service of the most current famous render farms, helping you find the best-suited render farm for your needs.

RebusFarm is a large German-based company, trusted by many major studios around the world for its high data rendering capabilities with 2500 XEON CPUs and supports almost any popular 3D software nowadays. Based on the SaaS (Software-as-a-Service) model, you just need to submit your job directly via a plug-in inside the 3D software and wait for the results to be received.

RebusFarm excels in its CPU-based rendering capabilities, with the ability to provide hundreds of render nodes, helping to reduce rendering times from a few hours to a few minutes. And perhaps that’s why Rebus’s rendering cost is quite high compared to others. However, with over 14 years of experience in rendering, Rebus has been improving every day to become one of the best cloud rendering services available.

iRender was established in 2019 in Vietnam, a render farm built on an IaaS (Infrastructure-as-a-Service) platform, providing high-performance computing for rendering. Users just need to access iRender’s powerful server through Remote Desktop Application, and take full control using it as their own computer.

Unlike other render farms, users will have to install the software they use on iRender servers. However, just installed for the first time, all software will be saved and ready for next uses. This is a very unique point of iRender. Because you won’t have to worry about whether the farm will support your software or not, whether they understand your product settings well or not. Especially, if you are a Studio or a company with a complex pipeline or workflow, you will find that it is necessary to have full control over the remote servers and customize the work as you want. Installing any software, renderer or plugin that is compatible with iRender servers. Hence, if you use special software or plugins that other render farms do not support, don’t worry, iRender can help you handle your jobs in minutes with high-computing servers.

For example, multi-GPUs software such as Daz Studio, Unreal Engine or popular software such as Cinema 4D, Houdini uses Redshift, Octane is best optimized in the powerful servers with 6x RTX 2080Ti, 6x RTX 3080 or 6x RTX 3090. The Lumion software, Enscape utilizes the power of a single GPU which is also supported well in the iRender farm system while hardly being offered other render farms.

iRender is the leading render farm that invests in developing the world’s most advanced graphics cards such as RTX 3080 and RTX 3090 by 2020. In addition, iRender also supports both 2 operating systems are Windows and Ubuntu, helping users to use these two operating systems comfortably, optimized for their rendering.

Founded in March 2007 in France, Ranch Computing offers high-performance rendering services for CPU and GPU projects and offers hardware solutions dedicated to 3D rendering. Unlike most other render farms, Ranch Computing does not display the types of CPUs and GPUs they are offering, instead, they display by the level of service quality, e.g. GPU-low (max 14 nodes), GPU-medium (max 28 nodes), and GPU-high (max 56 nodes).

One of Ranch’s advantages is that they offer customers multiple versions of the software, renderers, and plugins, especially for Houdini and Cinema 4D.

Render Pool is a relatively young rendering farm founded by Japanese telecommunications corporation Morgenrot in early 2020. Based on the SaaS platform, Render Pool supports a variety of popular software and renderers, especially Blender and Octane.

One of the major disadvantages of Render Pool is the maximum user data upload limit of 50Gb. So if you are a Studio or a company with large projects, perhaps this will not be the perfect choice for your projects.

Fox Render Farm was established in 2009 in China. With staff experienced in the field of computer graphics, they provide cloud rendering services to a wide range of entertainment and animation studios from more than 50 countries and regions. Based on the SaaS cloud render service, Fox allows customers to use their applications to render projects. They support a lot of plugins and mainly focus on 5 main design software including Maya, 3Dsmax, Houdini, C4D, and Blender.

Garage Farm is a render farm founded in 2010 in the UK, Garage Farm provides the service in the form of SaaS, suitable for VFX, Product Visualization, or ArchViz scenes because of its very good CPU rendering capabilities.

Garage Farm also offers a wider range of software than other render farms and is at the forefront of rendering solutions for Lightwave 3D, Sketchup, Modo, Rhino, or Blender. There are very few rendering farms that support this software, which makes Garage so special.

Based in Russia, AnimaRender is an online rendering farm that combines the power of both CPU and GPU to support all of the currently popular software. Users will upload their job, choose the settings, and render.

AnimaRender ranks third in the GPU-based rendering field with support for Cinema 4D, Houdini and Maya, with servers with RTX 2080 Ti and GTX 1080 / 1080Ti graphics cards.

One advantage of Animarender is that they are not limited to uploading, downloading, or processing capacity. However, you should be aware that the dump files are automatically deleted after 10 working days from the end of the render.

Another big advantage of Anima is the 24/7 online support service by technical experts.

Another branch of Garage Farm but Xesktop is a render farm based on the IaaS platform like iRender. However, the Xesktop only comes in 2 configuration packs for the GPU only: 10x GTX 1080 Ti and 8x Tesla V100. At the same time, you will need to transfer data through a third-party application such as Dropbox or Google Drive, which means you will be limited in the amount of transfer capacity as well as wasting time and money for downloading data from them to the server machine. Surely you will feel apprehensive if you are in a large and complex project.

Depending on which software, render engine, or plugin you are using, you can choose a render farm that suits your needs. If the project is not too complicated, you can choose an online render farm to handle the render by themselves. But if a large project with complex custom settings needs to be manipulated under your control, then IaaS-based render farms like iRender are definitely a top choice.

According to our recommendation, RebusFarm, iRender Farm or RANCH Computing is best for Houdini, Cinema 4D. Fox Render Farm or  AnimaRender should be chosen for 3ds Max, Maya. Render Pool supports well for Blender with AMD GPU while Garage Farm is good for Sketchup, and Modo. Finally, iRender is the best rendering solution for special software like Daz Studio, Nvidia Iray, Nvidia Omniverse, Unreal Engine, Keyshot, Lumion, After Effect and Fstorm etc, especially rendering on a single GPU or multi-GPU server.

Thanks for your time & Happy Rendering!