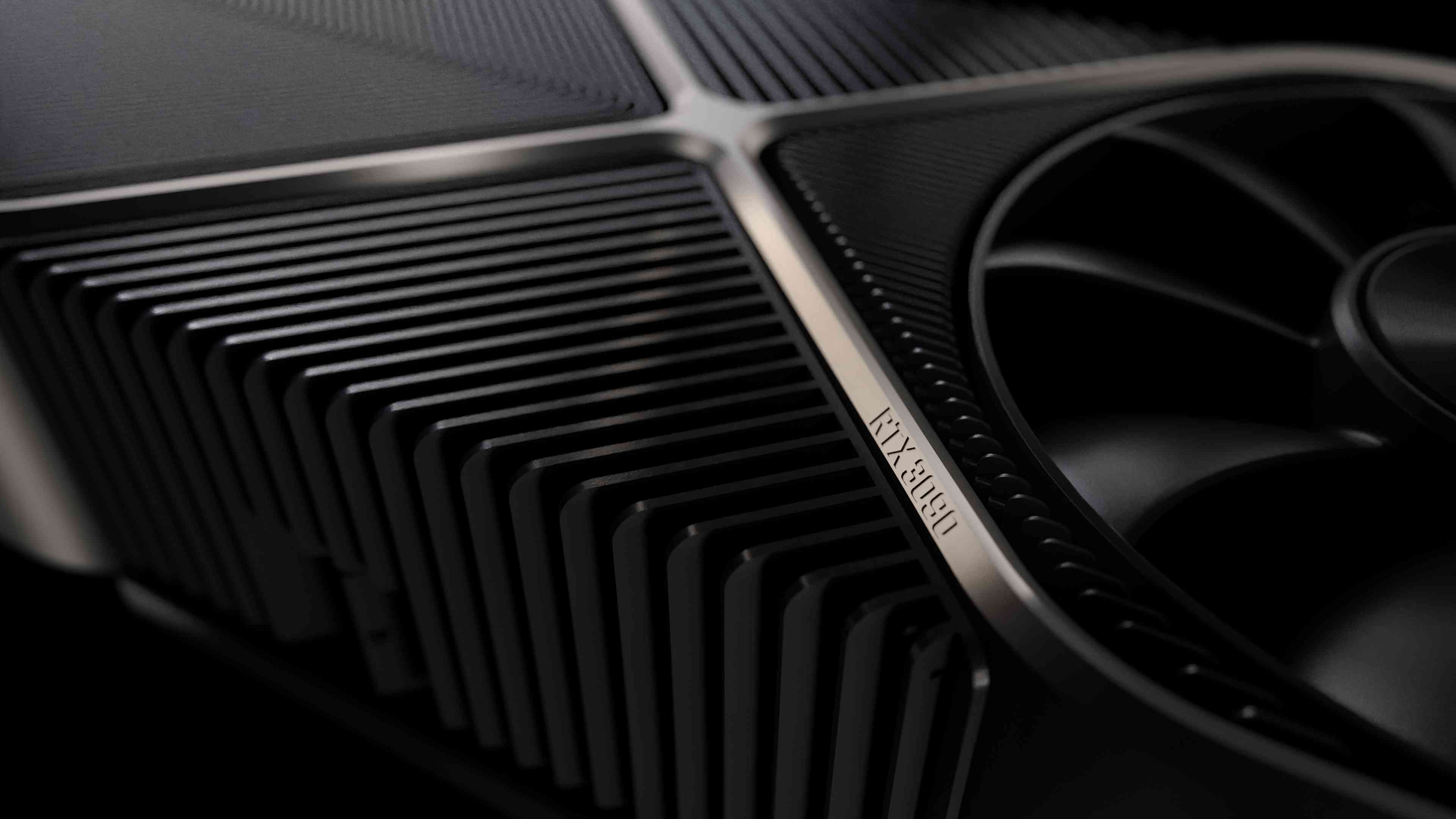 Our Founders Edition GeForce graphics cards feature excellent cooling and stunning designs that make your PC a striking showcase. For our new GeForce RTX 30 Series, we’ve created an innovative dual axial flow through the cooling solution, featuring two fans – one at the left front, and another on the right rear that draws air through the card (the GeForce RTX 3070 flow-through design differs slightly, with its fans both mounted on the top of the card).

As heat is drawn away from components into the hybrid vapor chamber, it is efficiently distributed across the length of the card and throughout the massive aluminum fin stack. The left fan pushes air heated by the fin stack out through extra-large GPU bracket vents, while the right fan draws the air towards the top chassis exhaust. 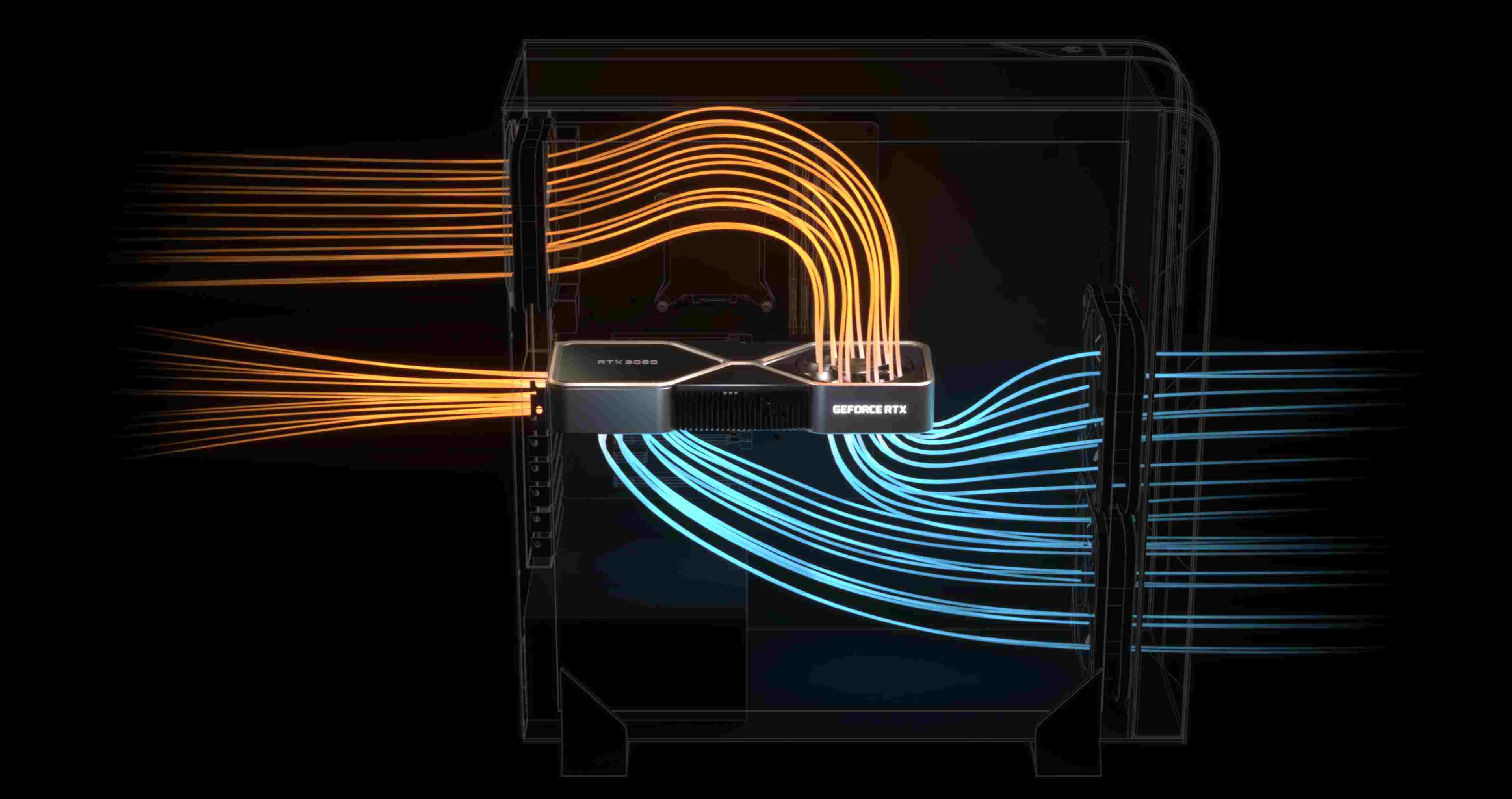 Ordinarily, GPU circuit boards (PCBs) are the length of the graphics card. So to insert a full-sized fan in the rear of the card we had to get creative! To that end, our engineers designed a much smaller PCB, shrank the NVLink and power connectors, and still managed to pack in 18-phases for improved power delivery. Don’t worry, we included an adapter that allows Founders Edition cards to work with users’ existing power supplies.

These changes, among others, gave us the space to chop a large fan-sized chunk from the PCB, giving our dual axial flow through cooling solution plenty of space to breathe. 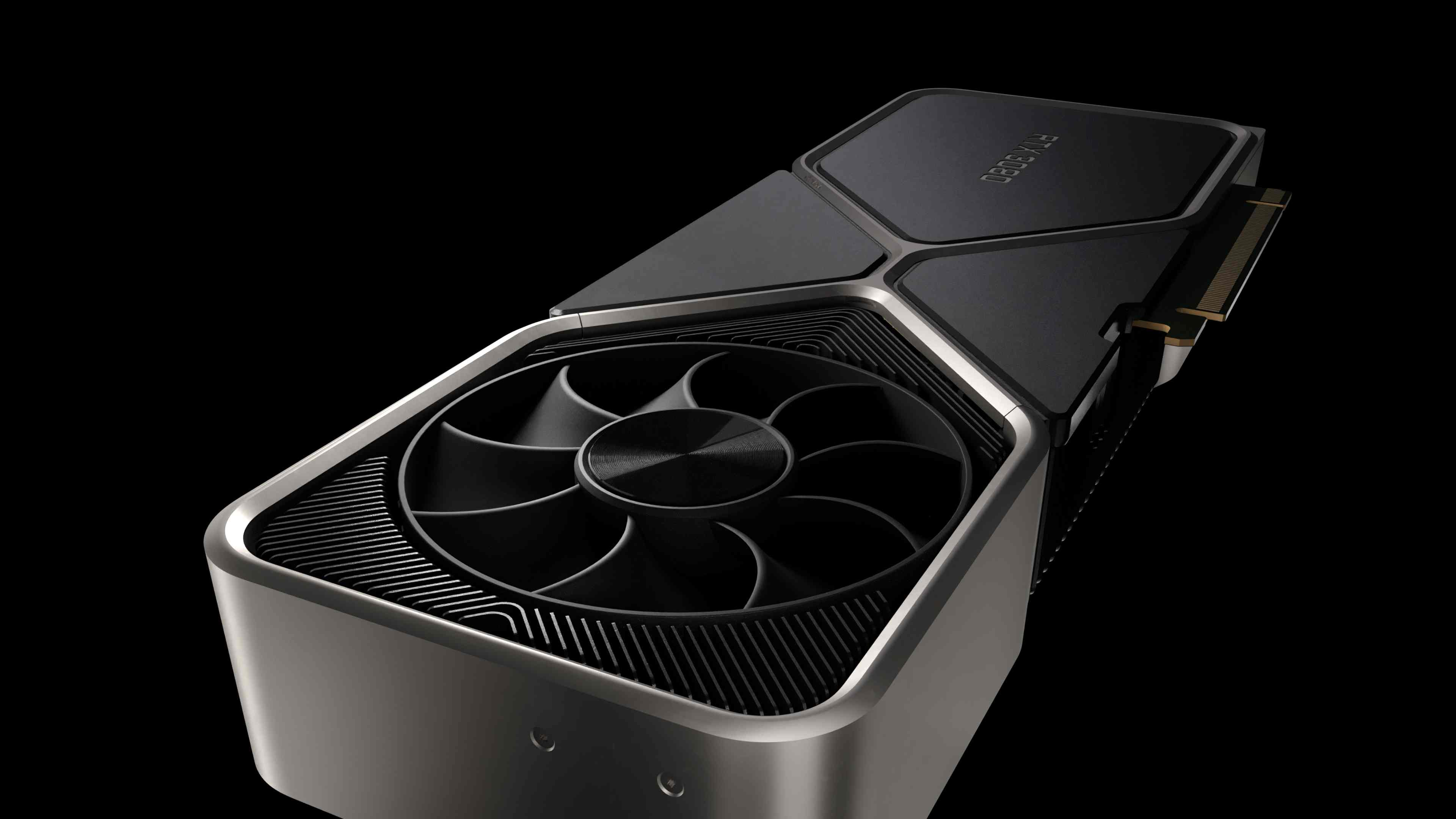 Acoustically, the new Founders Edition design is quieter than traditional dual axial coolers, while still delivering nearly 2x the cooling performance of previous generation solutions. The aforementioned NVLink and power design changes help here, creating more space for airflow through the largest fin stack seen to date, and the larger bracket vents improve airflow in concert with individually shaped shroud fins. In fact, wherever you look, every aspect of the Founders Edition cards are designed to maximize airflow, minimize temperatures, and enable the highest levels of performance with the least possible noise.

These card-wide cooling innovations allow us to give you more performance, without a corresponding increase in temperature or noise over prior-generation graphics cards.