Mantra, the built-in renderer of Houdini, is an advanced rendering system that has some really great features. Especially, Mantra is a standalone renderer that gets its data directly from Houdini. Specifically, it is a multi-paradigm renderer, implementing scanline, raytracing, and physically-based rendering. Because Mantra has deep integration with Houdini, such as the highly efficient rendering of packed primitives and volumes, this render engine becomes a good choice for Houdini artists. 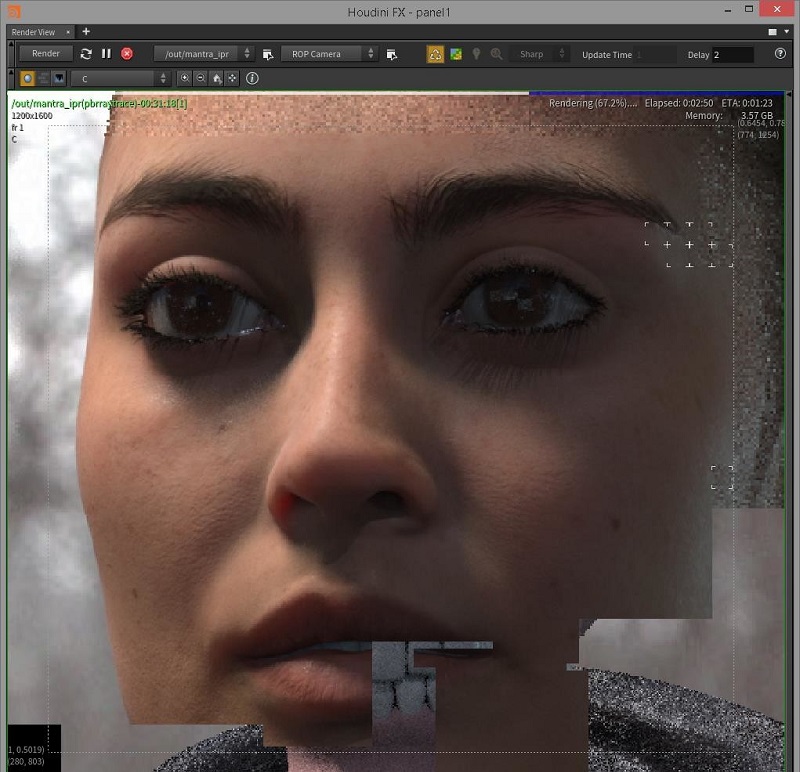 However, Mantra process still uses 100% CPU power and that’s the reason the artists often found it slow to meet their deadline. There is a clear trend these days to incorporate more and more GPU acceleration into 3D products. In the rendering space, the idea of offloading certain tasks to the GPU has been around for over a decade, but it’s only been in the past few years that you’ve seen massive leaps in performance, largely thanks to NVIDIA’s advances with their Ampere architecture and RT cores. In this article, I’ll show you prime examples which are some alternatives to speed up Houdini projects with GPU Rendering. I take my first deep dive into Redshift, V-Ray, Arnold and Octane that are some of the main alternatives you can use for your Houdini projects.

The GPU’s main purpose is to help with faster image rendering. This is because it uses a graphics card for rendering rather than a traditional CPU. A GPU is much more powerful than a CPU, and it will allow your computer to process multiple tasks from beginning to end, simultaneously.

Even Houdini Mantra will be enough for some of the projects with additional optimizations, huge projects still need GPU accelerated rendering with additional software. There are some alternatives to render your Houdini projects in a faster way.

Redshift is a powerful GPU- powered rendering engine designed to support creative individuals and studios of all sizes. In fact, Redshift offers a powerful feature set and integrates with standard CG applications. And a few years ago, Redshift released an integration for SideFX Houdini. Over the past few years, more and more Houdini designers have used Redshift to render and dramatically speed up their render times.

V-Ray is developed by the Bulgarian company Chaos Group , founded in Sofia in 1997. It is a third-party plug-in for 3D computer graphics software used for visualization and for operation. computer graphics in areas such as media, entertainment, architecture, film and video game production, industrial design, and product design.

V-Ray for Houdini is product-proven CPU & GPU rendering software for VFX and high-end animation. It comes with all the tools that animators need to render amazing effects. Seamlessly integrated within Houdini, it enables smooth and repeatable scene exchange between Houdini and other DCC applications. Since V-Ray 5, update 2 includes a fully-featured V-Ray Hydra delegate for Solaris and support for Houdini 19. You can take advantage of the new V-Ray Decal to easily add stickers, labels, cracks, stains, scratches, and more to your projects. Plus, the latest hair improvements let you render blond, gray, white, and other bright hair colors more accurately.

Octane is one of the world’s first and fastest GPU-accelerated, unbiased, physically correct renderer. This renderer was developed by a New Zealand-based company called Refractive Software, Ltd in 2008, and was later taken over by the Company OTOY in 2012. Now it is being used in feature films, commercials, and even architectural rendering, including Houdini Side FX.

An advanced Monte Carlo ray tracing renderer, Arnold is built to handle your heaviest scenes—so you can render with confidence. The Arnold plugin for Houdini (HtoA) is specially crafted for the needs of Houdini artists. Designed to feel like a native part of Houdini, HtoA supports all of the unique functionality you rely on – including new support for Solaris, saving you time and helping you work more efficiently.

iRender is a Professional GPU-Acceleration Cloud Rendering Service provider in HPC optimization for rendering tasks, CGI, VFX with over 20.000 customers and being appreciated in many global rankings (e.g. CGDirector, Lumion Official, Radarrender, InspirationTuts CAD, All3DP, VFXRendering). We are proud that we are one of the few render farms that support all software and all versions. Users will remotely connect to our server, install their software only one time and easily do any intensive tasks like using their local computers.

Moreover, on-demand NVLink helps you increase the amount of VRAM to 24 x 2 = 48 GB which is powerful enough for very large projects/cache. We are confident that we are the only render farm where you can experience NVLink and Multi-GPU with Redshift. This November, we are offering you a discount of 20%, you only need to pay 12 USD for one hour using 4x RTX 3090 and maximize your speed.

With all the outstanding advantages mentioned above, you must have found yourself the perfect choice for Houdini. We provide unmatched support tailored to your specific needs and goals. SPECIAL OFFER for this December: Get 20% BONUS for all newly registered users. Let’s CHECK IT OUT!