GeForce RTX 3080 was released on September 1st, 2020, and for people who expected a lot of, things that this NVIDIA card offers are really much worth to. While the Turing generation introduced ray tracing and deep-learning cores, the Ampere architecture supercharges each of those.

We’re not afraid to say that the RTX 3080 is a great graphics card – for rendering or gaming. Today, let’s take a look at its performance when rendering with popular renderers and software: Blender, Octane, V-Ray, Keyshot, Arnold …

Despite being priced at just $699, the RTX 3080 targets performance to the RTX 2080 Ti. You’ll probably find the RTX 3080’s 10Gb frame buffer a major limitation, but for the most part users, it shouldn’t be a problem given the fact that Ampere’s memory architecture with GDDR6X is really efficient.

Here is a breakdown of NVIDIA’s current product lines: 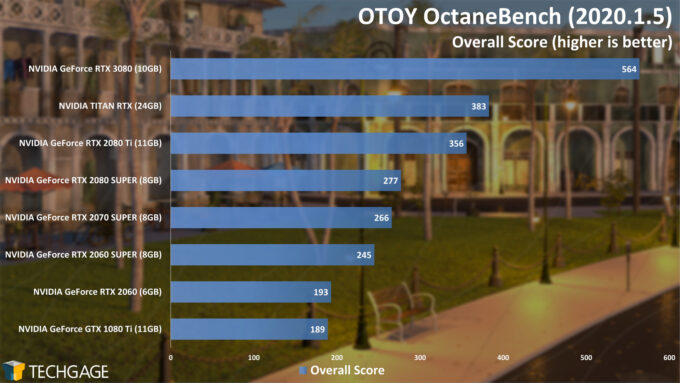 OTOY released the latest version of OctaneBench benchmark, and like OctaneRender itself, it supports NVIDIA’s latest graphics series. In fact, they’ve been very excited about this release. 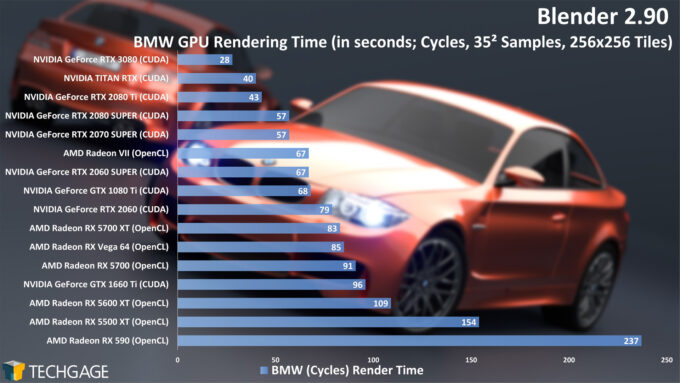 As you can see, the TITAN RTX only got 40 seconds before, while the RTX 3080 passed the 30-second mark with ease and without OptiX. With this project, NVIDIA managed to cut the render time in half between the 2080 SUPER and the new RTX 3080. 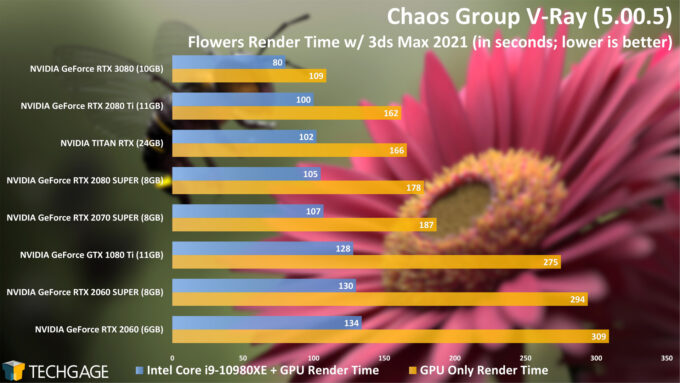 Let’s see the comparison result when rendering V-Ray with GPU and CPU + GPU.

Just looking at CUDA, we can see that the RTX 3080 performs significantly faster than the TITAN RTX. Last generation cards slowed render times, but the RTX 3080 set up more efficiently. 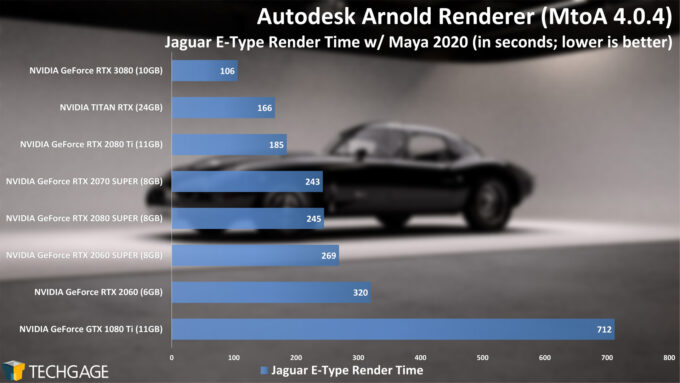 Autodesk’s Arnold uses OptiX by default, which means that any GPU with RT cores will automatically have them exercised, leading to some great performance. In E-Type rendering, RTX 3080 was much faster than TITAN RTX and significantly faster than 2080 SUPER. 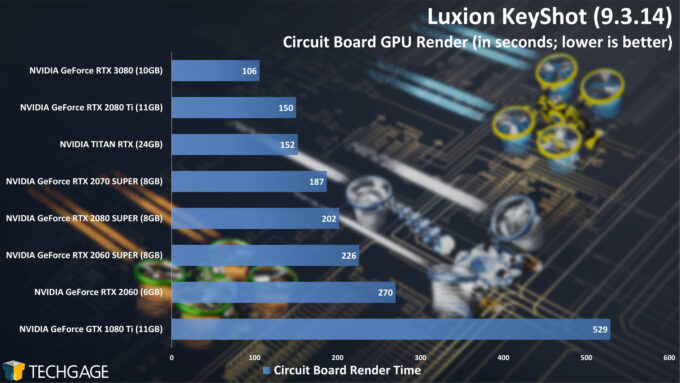 With Redshift’s built-in benchmarks, we immediately see that some of the RTX 3080 benefits are better than the TITAN RTX.

With simpler Radio rendering, the RTX 3080 just proved a little faster than the TITAN RTX with CUDA, but OptiX bumped that to a much healthier gain, evidence of the much stronger RT core setup in Ampere.

With the much more complex Age of Vultures scene, the RTX 3080 has significantly improved performance in both CUDA and OptiX compared to the TITAN RTX. It’s odd to compare this $700 GPU to the previous generation $2,499 GPU, so if we put the 2080 SUPER $699 in combination, the RTX 3080 could be 40% faster when using the OptiX. 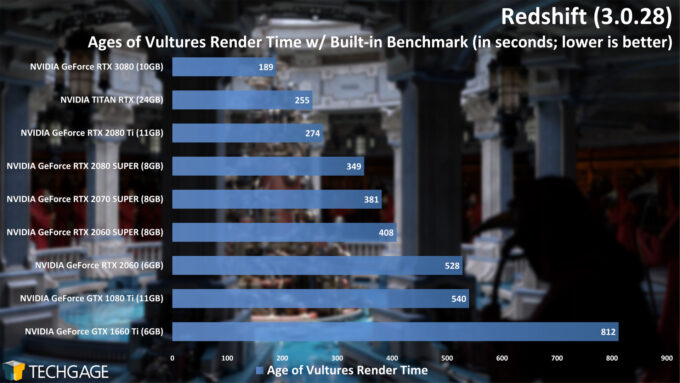 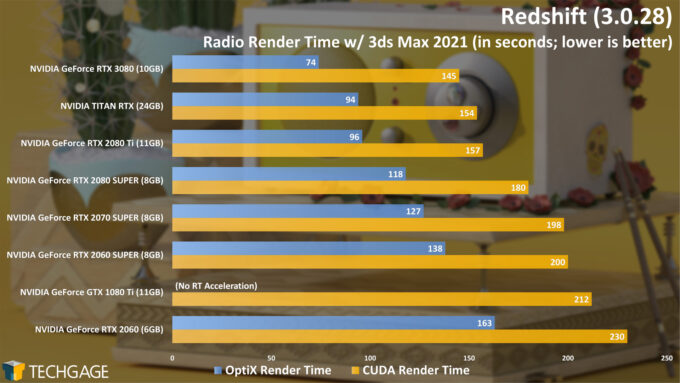 As we saw, the performance achieved with the new generation Ampere GeForces is truly amazing.

Even in the most modest cases, the RTX 3080 outperforms the last generation TITAN RTX by around 10%. NVIDIA has also claimed that the RTX 3080 will easily beat the 2080 Ti, and yes, it was.

As mentioned before, the only limitation that we can think of with this card is the 10GB frame buffer, but as we can see, that’s not a significant issue, when compared to the performance that it brings. 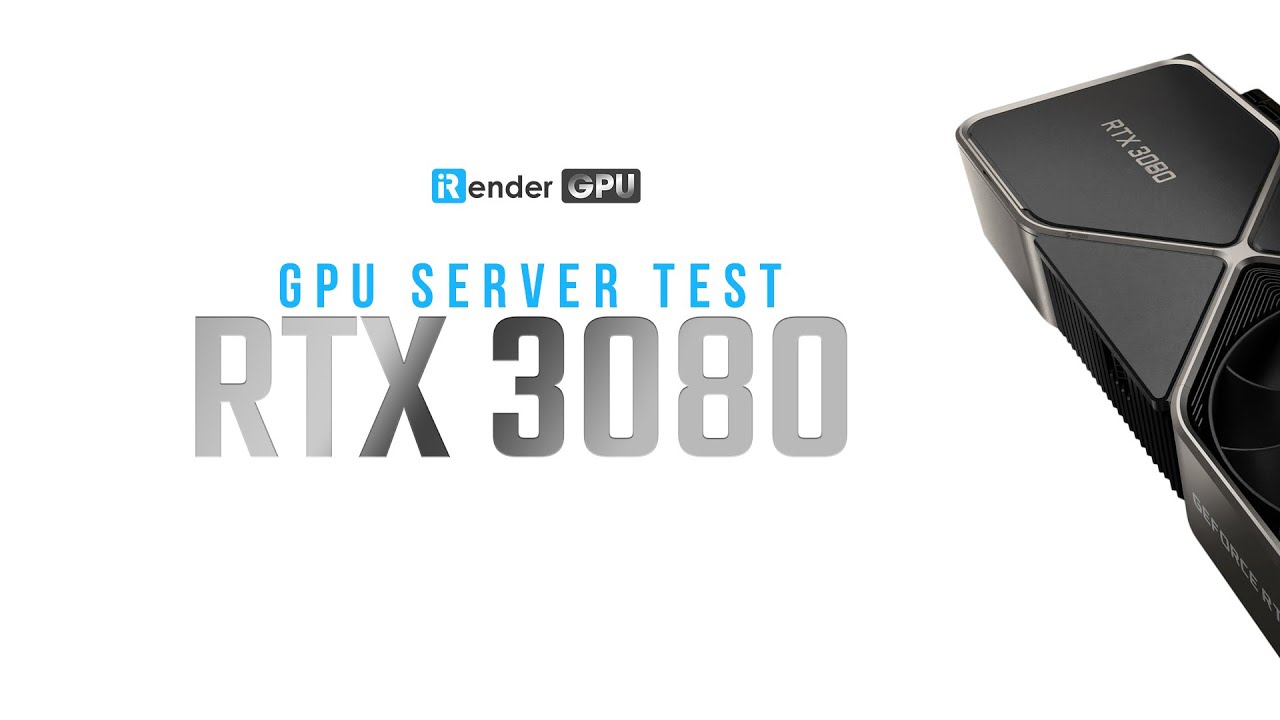 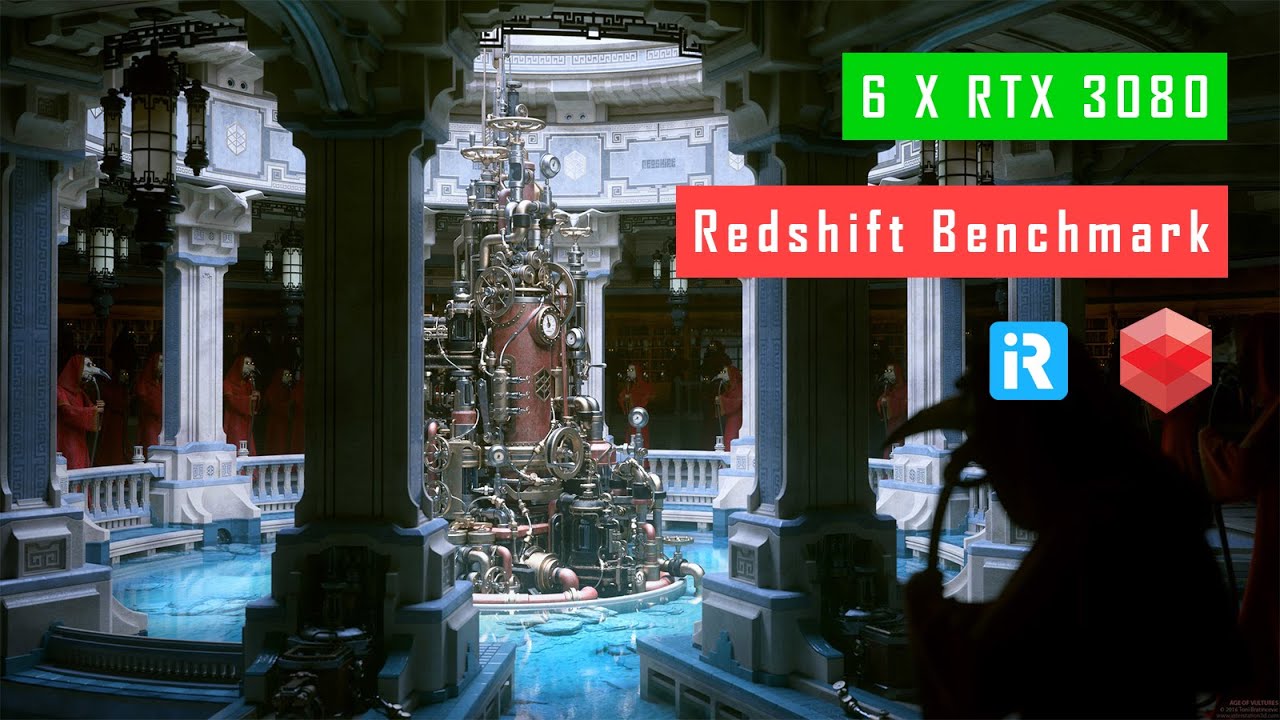 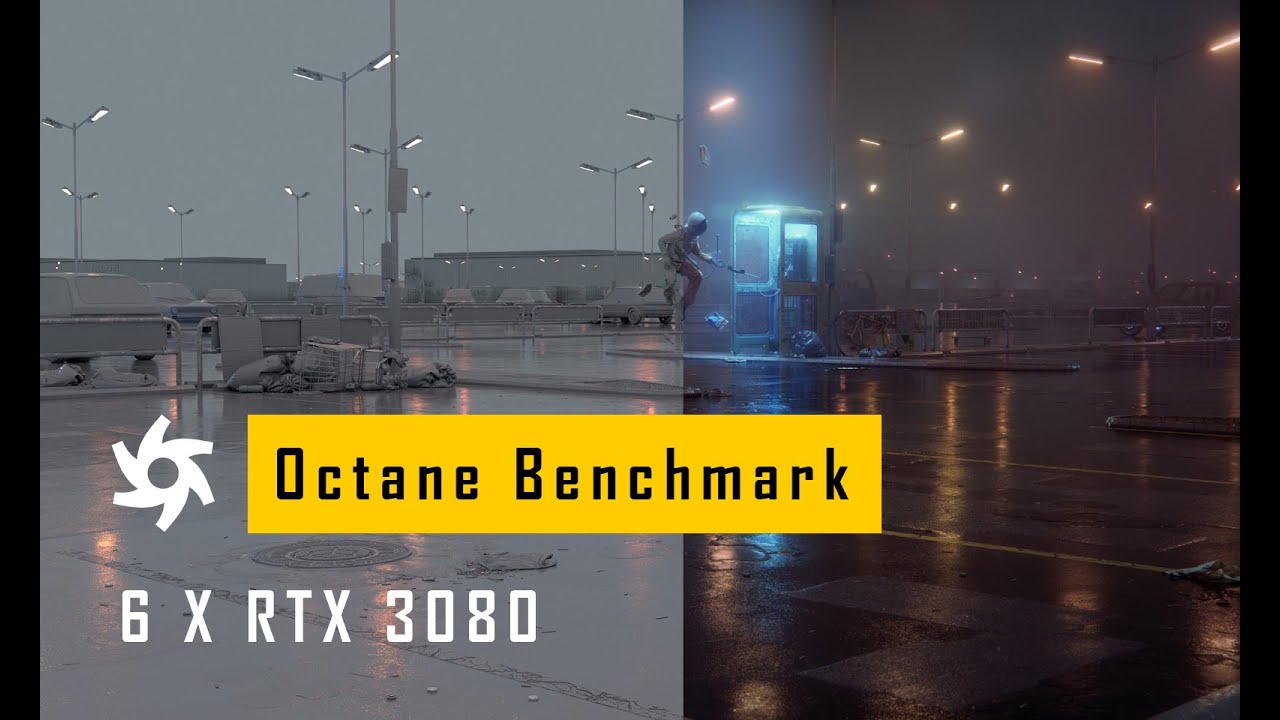 Currently, iRender officially launches GPUhub – GPU Server 5 service pack with 1x RTX 3080, which will speed up your rendering at a very affordable cost.

Sign up for an account today to be one of the first those experiencing the RTX 3080’s amazing performance.

Houdini is a potent and fantastic piece of software. It was created by SideFX and is intended for artists working…

Houdini 19 with new tools design will definitely make your scene creation process easier and more efficient. In this article,…

In this article, we will try to help you install OctaneRender for Houdini. OTOY Octane has supported the plugin to…