Houdini and Maya are two of the most famous 3D software which artists and studios often use in many fields. They both have different things to offer, and in this article, let’s compare them. We will try to give you an overview of key different between them, and what these two are capable of. 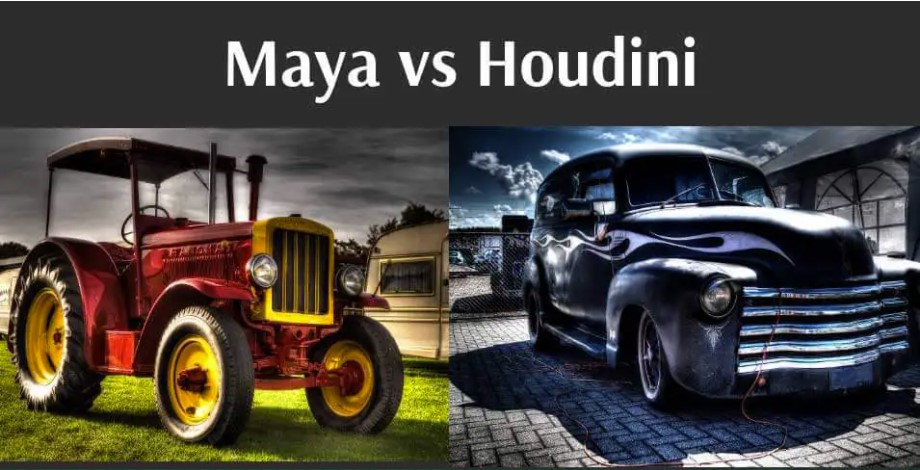 Maya is easier and faster to learn than Houdini. Using Maya, it is possible to create and animate your own 3D scenes and render them as still images or as animation sequences. However, its workflow is traditional, which stores changes in a user history, making it tough to return to a previous version of your work.

Houdini, on the other hand, is difficult because it demands technical knowledge and a background in programming and mathematics. However, when you work enough with it, it will become very convenient. Houdini’s distinctive node-based procedural workflow makes it simple to explore iterations as you refine your work and allows for multiple iterations so that it is easy to make changes and evolve your animations and effects. It allows you to generate a system in place for controlling the features of a model with the use of procedures. It is also useful for simulation and allows for pliable production.

When it comes to rendering, both have built-in render engines, and also support third party renderers (like Redshift, Octane, V-Ray, etc.) which use GPU power.

For Maya, it comes with Arnold, which is a strong and reliable render engine. Arnold has proved its power in many feature movies and product, and always can compete with other external renderers. Also, from version 5.3, Arnold has developed GPU rendering option to make use of GPU power.

With Houdini, its famous and powerful rendering engine is Mantra. However, external render engines like Redshift, Octane or V-Ray still are the best choice because of rendering speed.

For polygon modeling, people tend to choose Maya as it generate better results in a shorter period of time. Autodesk has improved Maya’s modeling tools to be equivalent to that of Blender or 3ds Max. For example, before, Maya’s UV unwrapping was really bad and artist sometimes needed to use Blender. But now, Maya has way better UV unwrapping tools compared to what it had before. Also, Maya’s NURBS modeling works great and is very useful for organic modeling and high-accuracy curved surfaces.

Maya also has excellent rigging tools with some nice built-in rigs that can be quickly applied to your model.

While modeling and rigging are not strengths of Houdini, its simulation and visual effect are much better. Compared to Maya, most of the simulations you will ever need to use are included in the core of the Houdini’s functionality, which saves time and money. Houdini shines at complicated simulations that have to work with enormous amounts of data like fire, smoke, water, explosion, and so on.

Generally, industry Studios will usually use a tool like Maya to handle the modeling. Houdini will be used to merge complex simulated effects within already existing movie scenes and animations.

Maya is powerful for creating visual effects. It proved itself to be the choice of many artists and big studios such as ILM, Weta Digital for some of the biggest feature films and TV shows. However, the software doesn’t allow you much control when creating complex projects. It’s somewhat not so convenient as it needs third party plugins (like Phoenix FD, Fume FX, Ziva VFX, etc.) and custom-created tools to speed up the workflow.

Houdini is a 3D package you can rely on when it comes to VFX production, because of its fantastic simulation features for fire, smoke, water, explosion, etc. Its node-based and procedural workflow help artists easily respond to client feedback. You can make any changes at any time, even deep into production without having to go back so many step like Maya.

Maya is one of the best 3D programs that studios and professionals use in video game industry. It is dominating the industry since the 90s and nowadays, majority of game development studios use it as an essential part of their pipeline. The reason for that is its advantage in modeling game characters, environment assets, its amazing set of rigging and animation tools that makes the job of animators easier and allows them to generate good results.

Houdini, on the other hand, is not used in game industry often. However, it’s making some progress now with Ubisoft, one of the biggest game development studios, using Houdini to create natural environment for their game Far Cry 5.

Indie video fame developers can also use Houdini to save time and effort when working on their projects because they have limited resources.

Houdini node-based workflow let motion graphics artist work on complex projects. It allows artists and studios to fully explore an idea then easily make changes to generate multiple iterations giving high degrees of flexibility and control over their project. Actually, it can compete with Cinema 4D and be a choice for big portion of motion graphics artists.

Maya also can work in advertising field because for the most part, what advertising production studios do has a lot in common with VFX and animation projects.

We have explored the differences between Houdini and Maya, from learning/using possibilities, their strengths over the other and their application. For beginners, Houdini has a steep learning curve because of the procedural design of its features than Maya.

Both Houdini and Maya often come with third render engines like Redshift, Octane, V-Ray, Arnold. Whether or not you use any of those render engine, you still can find a suitable package at iRender.

For Redshift, V-Ray and Octane, we suggest you our dual RTX3090s, 4x, 6x, 8x RTX3090s. For Arnold rendering, you can choose between single RTX3090 or CPU rendering (if your Arnold version is below 5.3, which doesn’t support GPU rendering).

Let’s see some of Houdini and Maya benchmark with Redshitf on our package 4 x RTX3090s:

Let’s see some of Houdini and Maya benchmark with Octane, V-Ray, Arnold on our package 4 x RTX3090s: 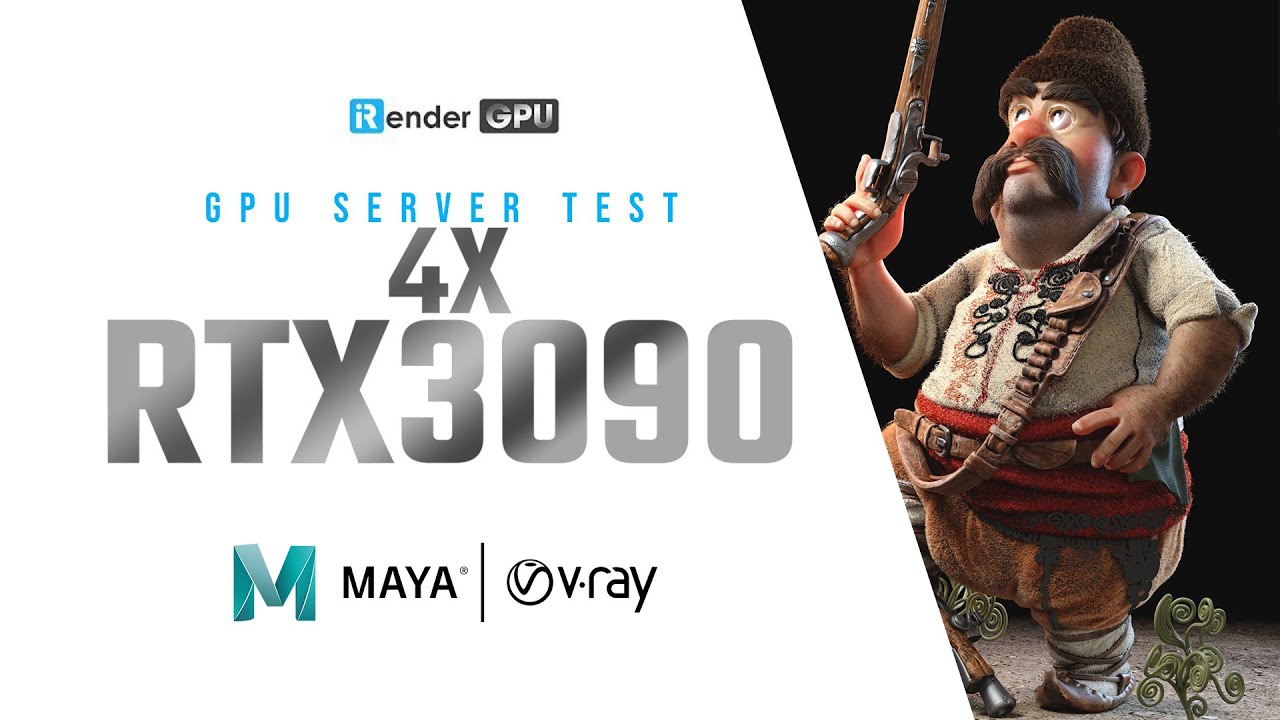 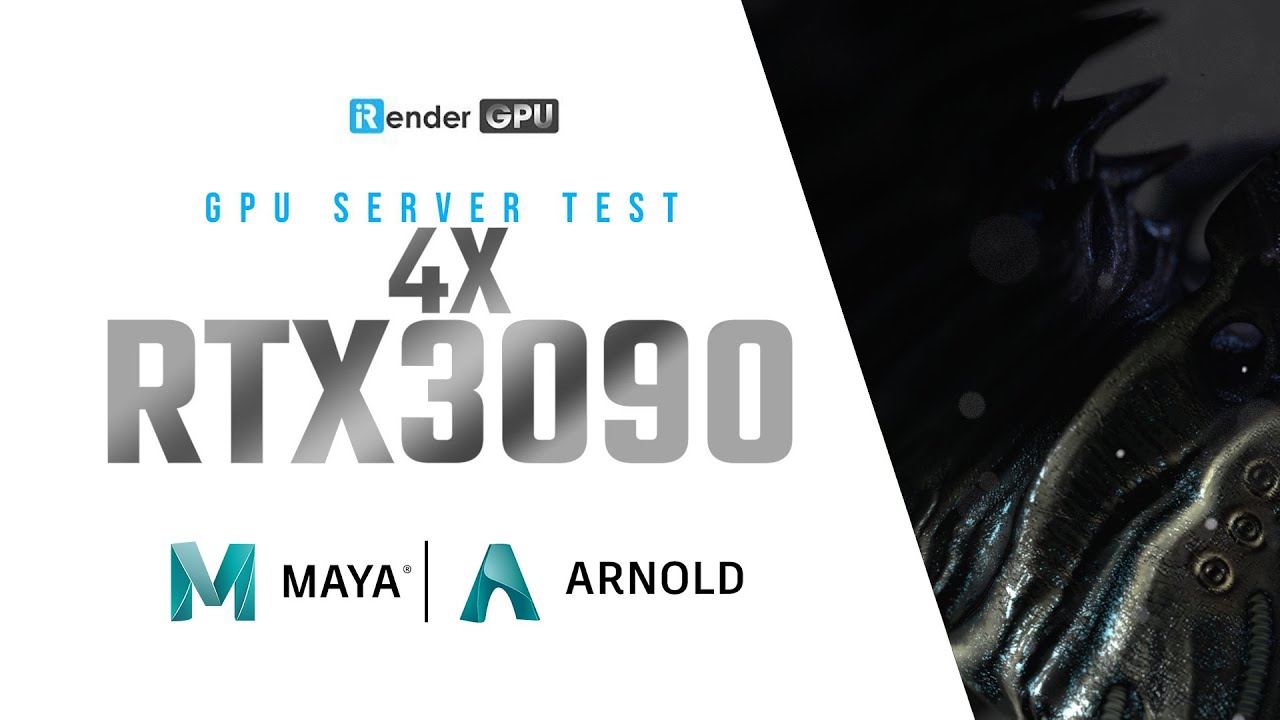 KitBash3D creates premium 3D digital assets for you to use in your movies, video games, cinematics, concept art, and more.…

Volumetric Scattering and Fog are important parts of the Volume topic series in the Redshift render engine. In today’s post,…

MOPs, which is short for Motion OPerators, is a set of tools for SideFX Houdini. Last week, we have learned…