Houdini is one of the most famous 3D software which artists and studios often use in many fields, because of its convenience. It always develops many tools you will ever need to use in the core of the Houdini’s functionality, which saves time and money.

Today, let’s explore some of the coolest tools it has.

Edge smooth is one of the best tools for Houdini. This tool is developed by Simon Verstraete, and is introduced via Twitter on 12th October 2021.

He described that it will allow you to smooth edge groups provided to the tool, and relax the neighbors around it to produce smooth edges. For example, you’re cutting a sphere asymmetrically – the tool will detect the new edges and smooth them for a nice clean look.

Axiom is a sparse, GPU accelerated volumetric fluid solver for computer graphics and visual effects. Its key feature is the custom OpenCL volume data structure that lets sparse simulations run on a GPU.

On 20th September, 2021, Matt Puchala launched Axiom 2, a new update which introduces new simulation source types and forces, support for color dissipation and diffusion, plus a new Volume Visualize node. With this new version, Axiom improves so much in workflow and performance. 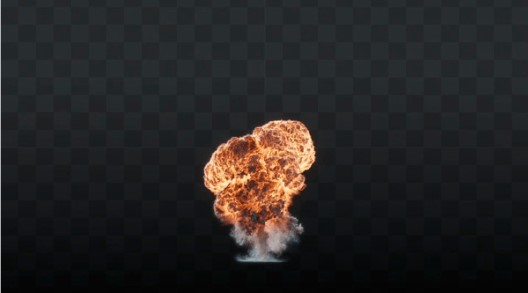 As for workflow improvements, the update adds control ramps for wind and cooling rate, axis-based control fields, and new Shelf tools and setups. The tool is also said to be 5% more memory efficient.

Axiom 2 can be used with Houdini 18.0+ on Windows, Linux or macOS. Full node-locked licenses now cost $399, while floating licenses cost $499. For non-commercial use, it remains free.

hdRstr, developed by Stefan Krake, is a plugin capable of dealing with tens of thousands of area lights in real-time in the viewport of Maya or Houdini. The tool uses RTXDI, Nvidia’s new direct illumination system for GPU ray tracing, and it is now available in free open beta.

The core of the new tool is Nvidia’s implementation of its ReSTIR sampling algorithm allowing the plugin to deal with the direct illumination in a scene. The tool has the ability to provide a high-speed preview when editing a lighting setup. It also offer a “good approximation” of the final direct lighting in a scene. 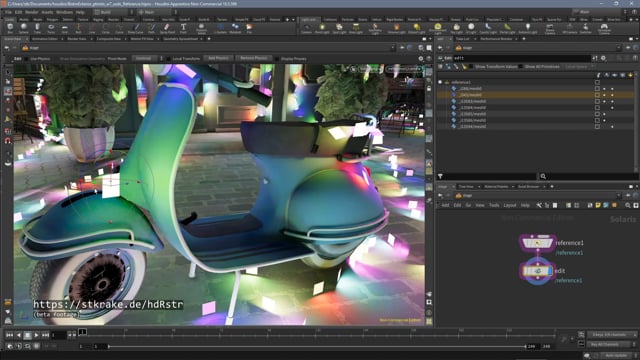 Users of the toolkit can perform Boolean modeling operations on polygonal meshes in the Houdini viewport and make accurate bevels. The pack comes as an HDA that can also be used inside other DCC applications with Houdini support, including Maya, Unreal, Unity, and more.

You can buy it with $30 for an individual license, with $100 for a studio license.

Barrett Meeker, a Creative Director at Lucky Pause and Developer of puzzle-exploration game Homesick, has released a new tool for Houdini called Dune Solver. This is a natural dune solver for Houdini Heightfields and Terrain tools that simulates the ways real sand dunes form based on wind, sand depth, and other factors. This solver is written in OpenCL and makes full use of your GPU, which makes it extremely fast. 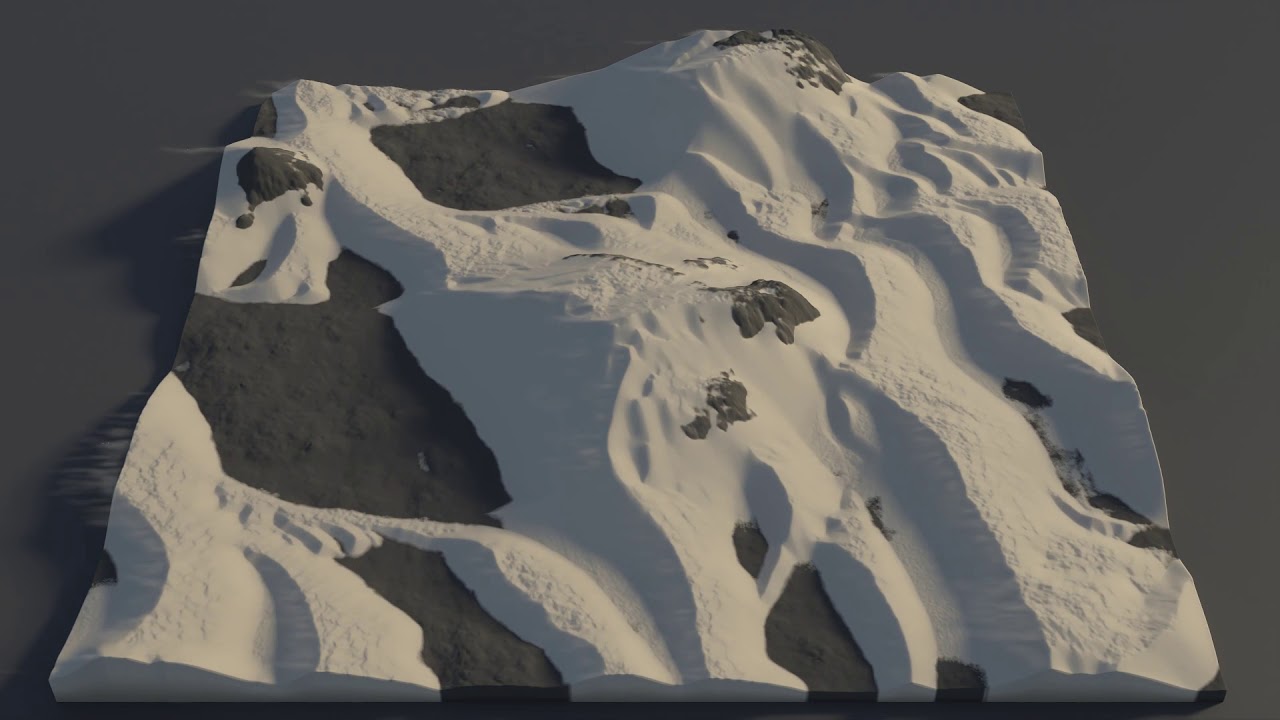 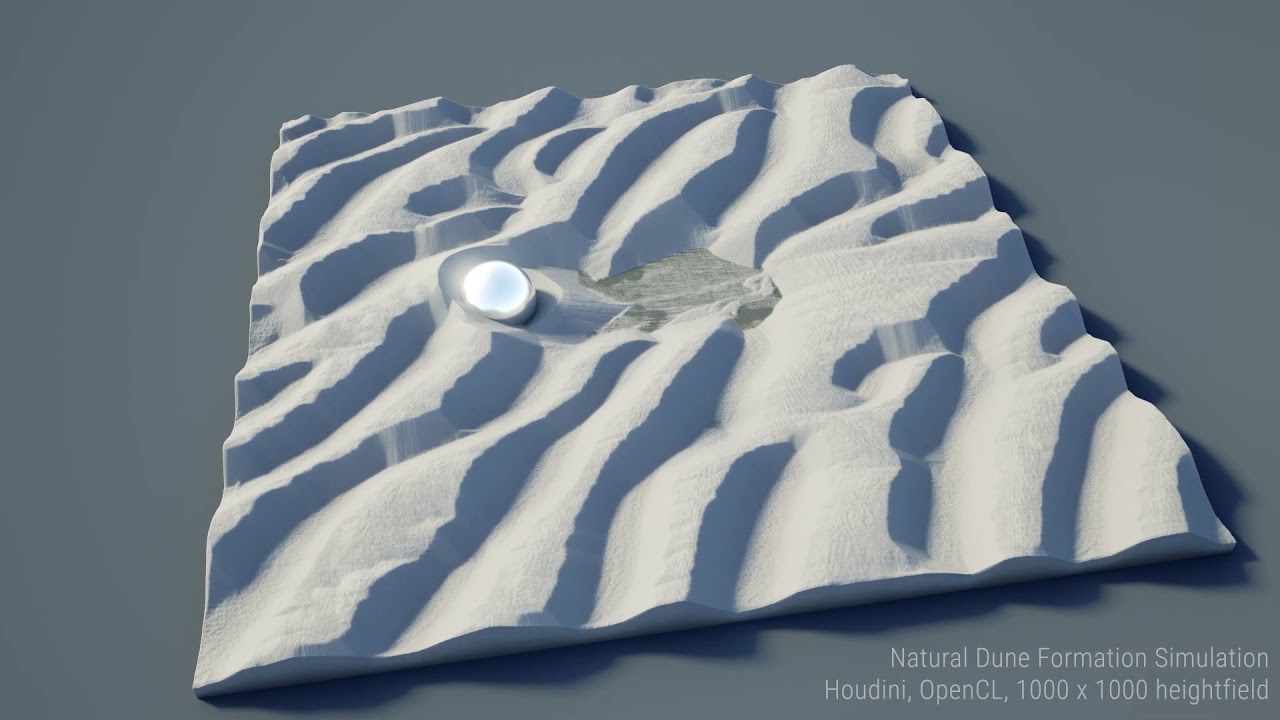 The Dune Solver system for Houdini is based on the last research into sand dune formations. Each sand voxel is simulated simultaneously and the dunes themselves can even feedback into the wind patterns that create them.

The solver uses a bedrock + sand = height model where the sand layer stores sand height at each voxel and this is the layer that is simulated. A vector wind layer is used for wind direction so wind direction can be set on a per voxel level. The Y-axis (vertical) of wind is ignored.

iRender provides you a high-performance and configurable server system for 3D rendering, AI Training, VR & AR, simulation, etc. We believe that design and creative activities are private and personal that only you artists will know what you want with your animation.

You can install Houdini with these tools on our remote machine (first time access only), add license, and render with any render engines, like Redshift, Octane, V-Ray, Arnold.

Let’s see some of Houdini benchmark with Redshift, V-ray Octane and Arnold GPU on our package RTX3090s:

Not only those powerful configuration, iRender also provides you more services. From NVLink for large scene, to useful and free transferring tool named GPUhub sync. Our price is flexible with hourly rental which has pay-as-you-go basis, daily/ weekly/ monthly subscription with discount from 10-30%. Plus, you have 24/7 support service with real human who will support you whenever you encounter an issue.